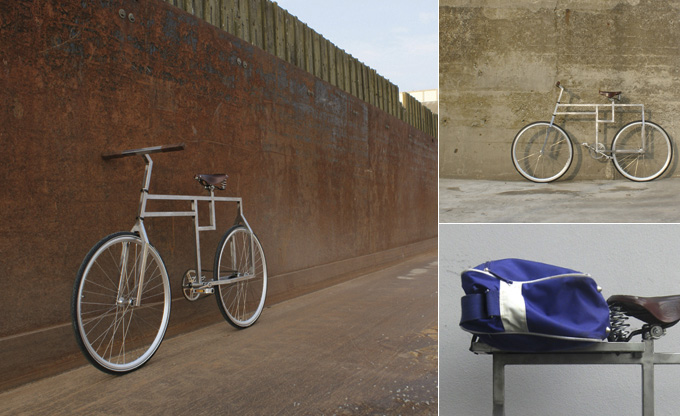 If square wheels were even slightly workable, Danish designer Michael Ubbesen Jakobsen would have used them in his Bauhaus-inspired BauBike. The pared-down bicycle is designed around the geometric shape of the square, and its main raw materials are minimal: some metal and leather. The bike has the same astonishingly classy vibe as Marcel Lajos Breuer’s Wassily chair, a Bauhaus design icon Ubbesen Jakobsen most likely studied during his education at Southern Denmark’s respected design school in Kolding. From the small touches, such as the BauBike-embossed leather strips that wrap around the handlebars, and the gorgeous springs under the austere saddle, it is easy to see that Ubbesen Jakobsen is a meticulous designer, a serious tinkerer and, at least in the case of BauBike, an elegant minimalist not afraid to have some fun. So far this year, BauBike has appeared at the Salone in Milan and at the DMY International Design Festival in Berlin We are not yet clear when and how we can get our hands on one — equipped with the second saddle accessory — but we are hopeful it will be soon. – Tuija Seipell