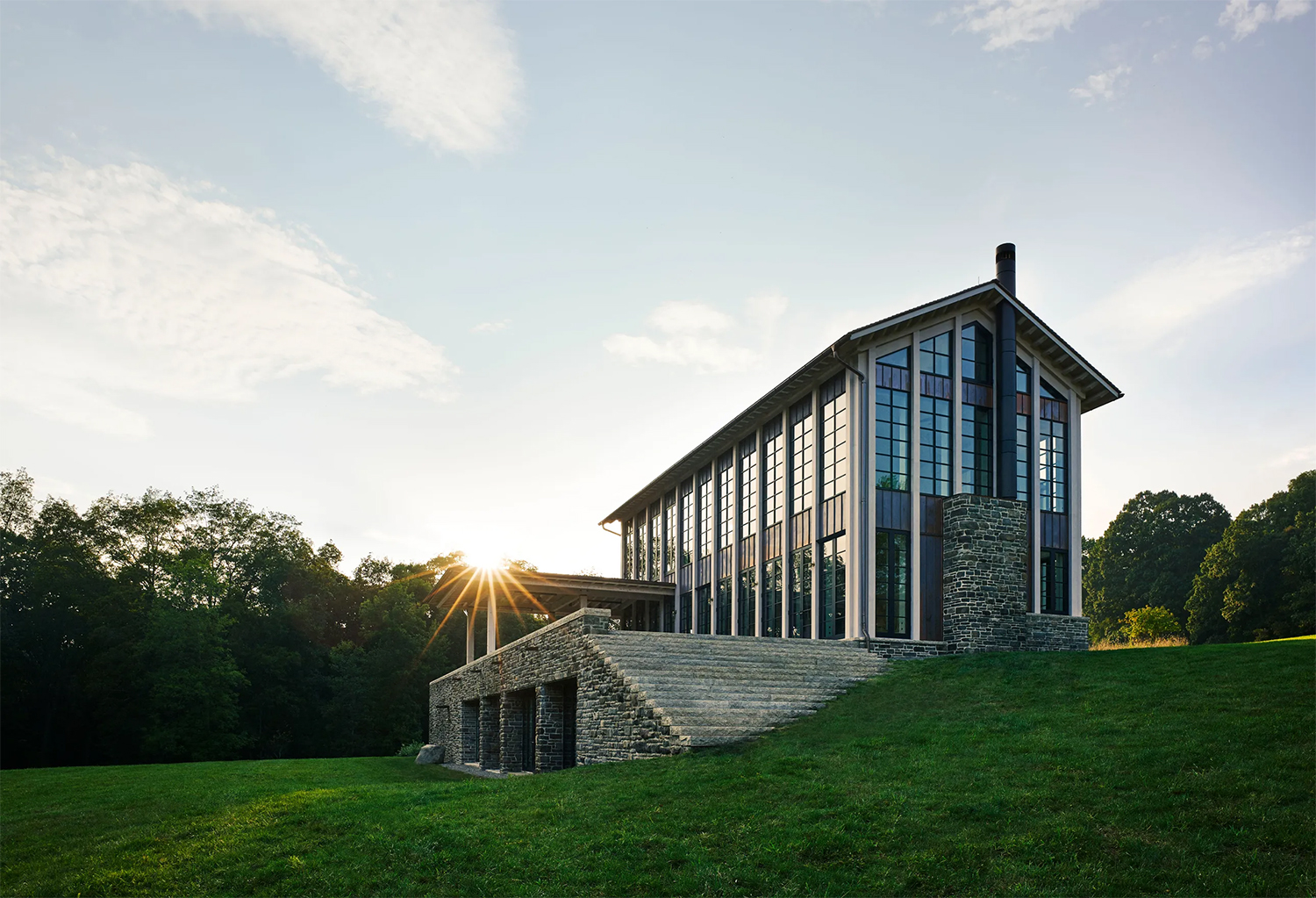 Magic can result when architect and client have known each other for two decades and when both are willing to take the time to consider the best way to renovate a sprawling Upstate New York estate.

Architect Niels Schoenfelder of Mancini Enterprises and client Beverly Kerzner spent countless days and dinners over four years debating the details of the 125-acre scenic Hudson Valley parcel of land that Kerzner had purchased in 2007. The hilly property contained a river, two large barns, a cabin and a house. 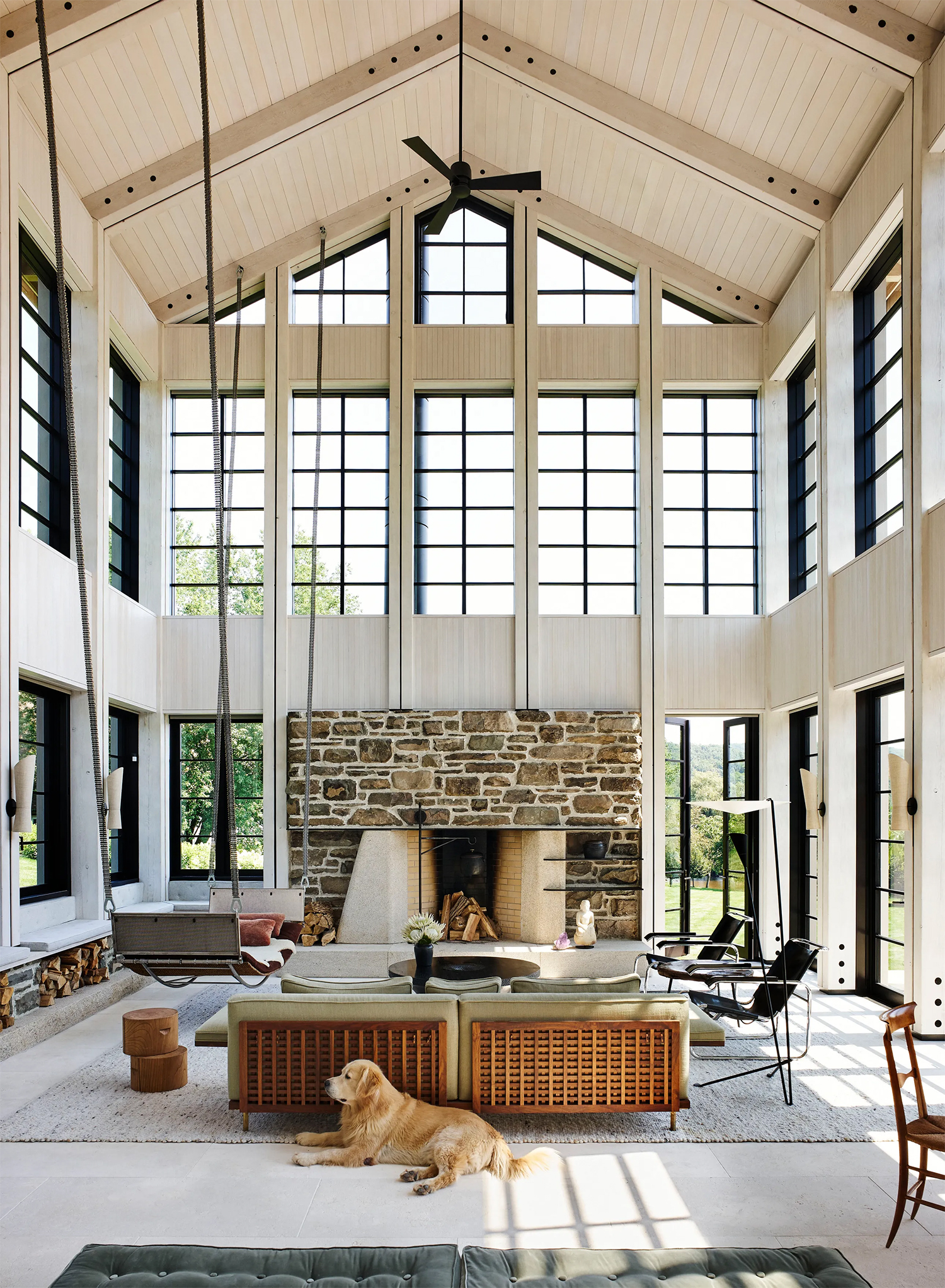 These extensive considerations have produced a brand-new barn-like residence for Kerzner hand her two grown daughters. The house mimics the double height and lofty scale of the existing barns.

Reclaimed wood, natural-stone and other natural materials evoke a sense of age and nature while the immense windows and gabled ceilings recreate and emphasize the scale that both client and architect considered essential in the new structure.

The soaring, elegant exterior of the structure is one of our favourite aspects of it. The ruin-like lower floor embedded into the hilly land is especially ingenious. 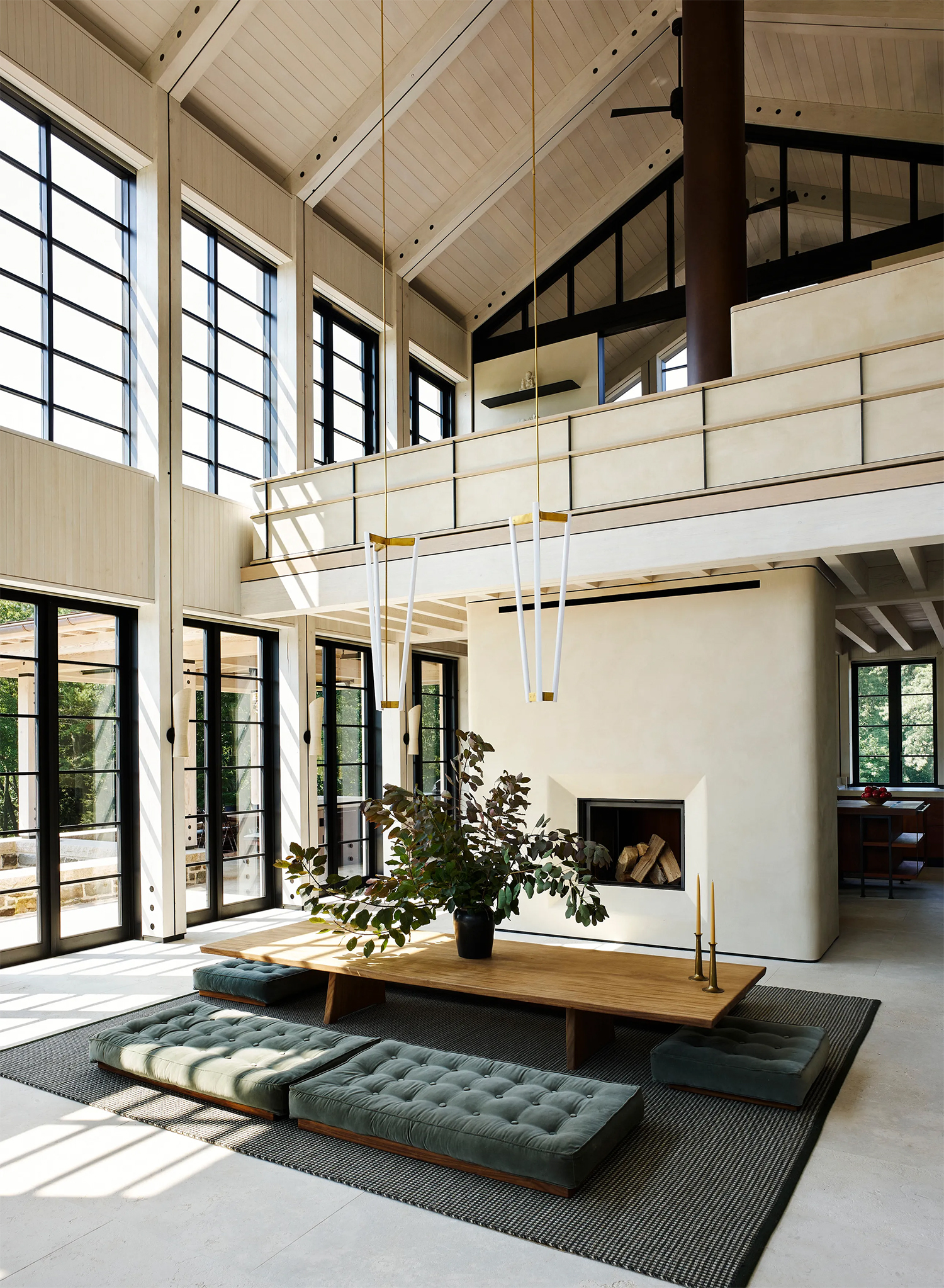 Inside, we love the gorgeous, tall windows with their minimalist black frames and without any heavy treatments or drapery. They give the key rooms a strong, structural focus, but at the same time create a sense of lightness and airiness. The white gabled ceilings have the same effect, drawing the eye up, yet giving the rooms a feeling of order and calm

We also love the India-inspired low dining table designed for this space by Schoenfelder and surrounded by low cushions as seating. 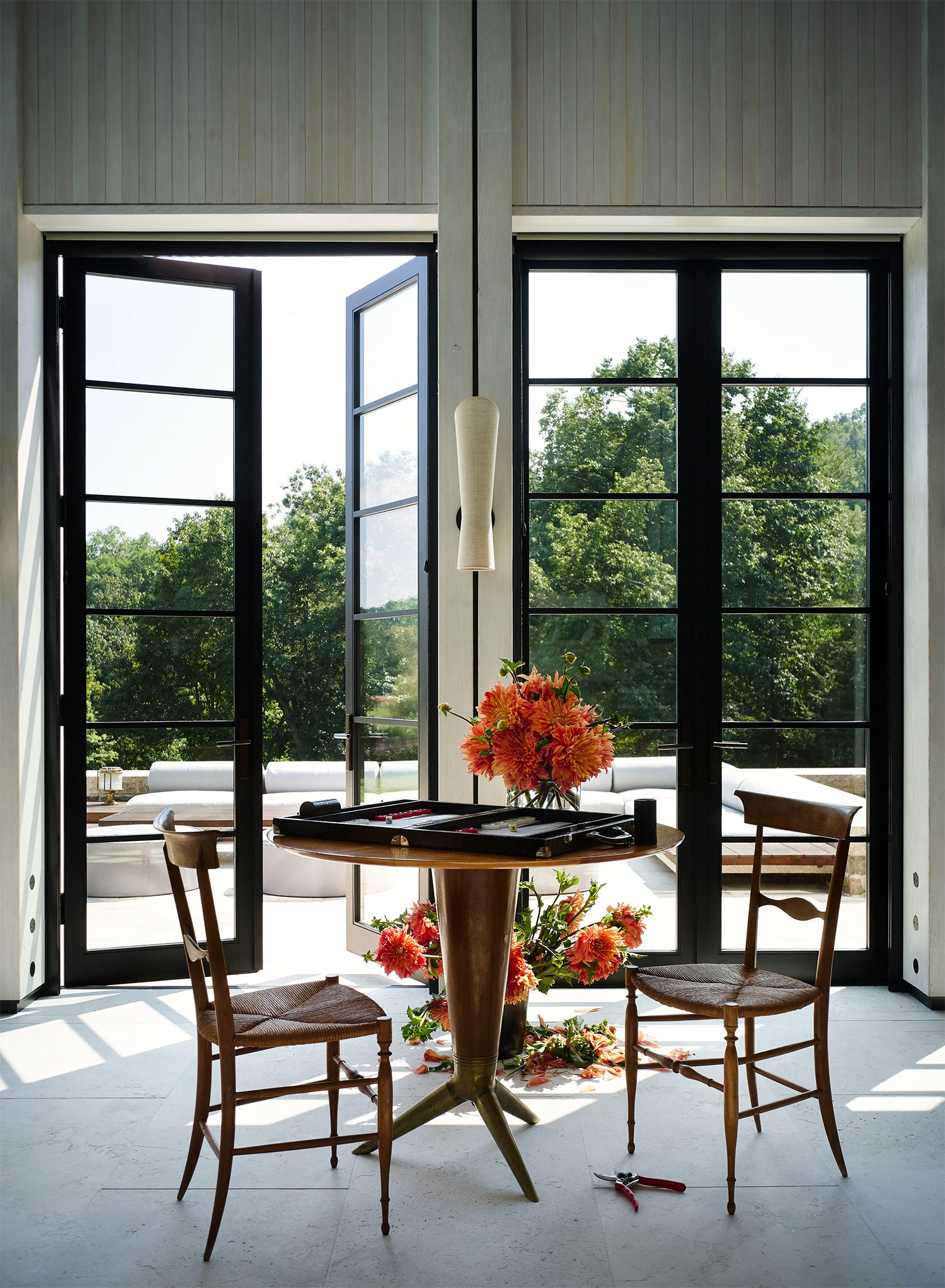 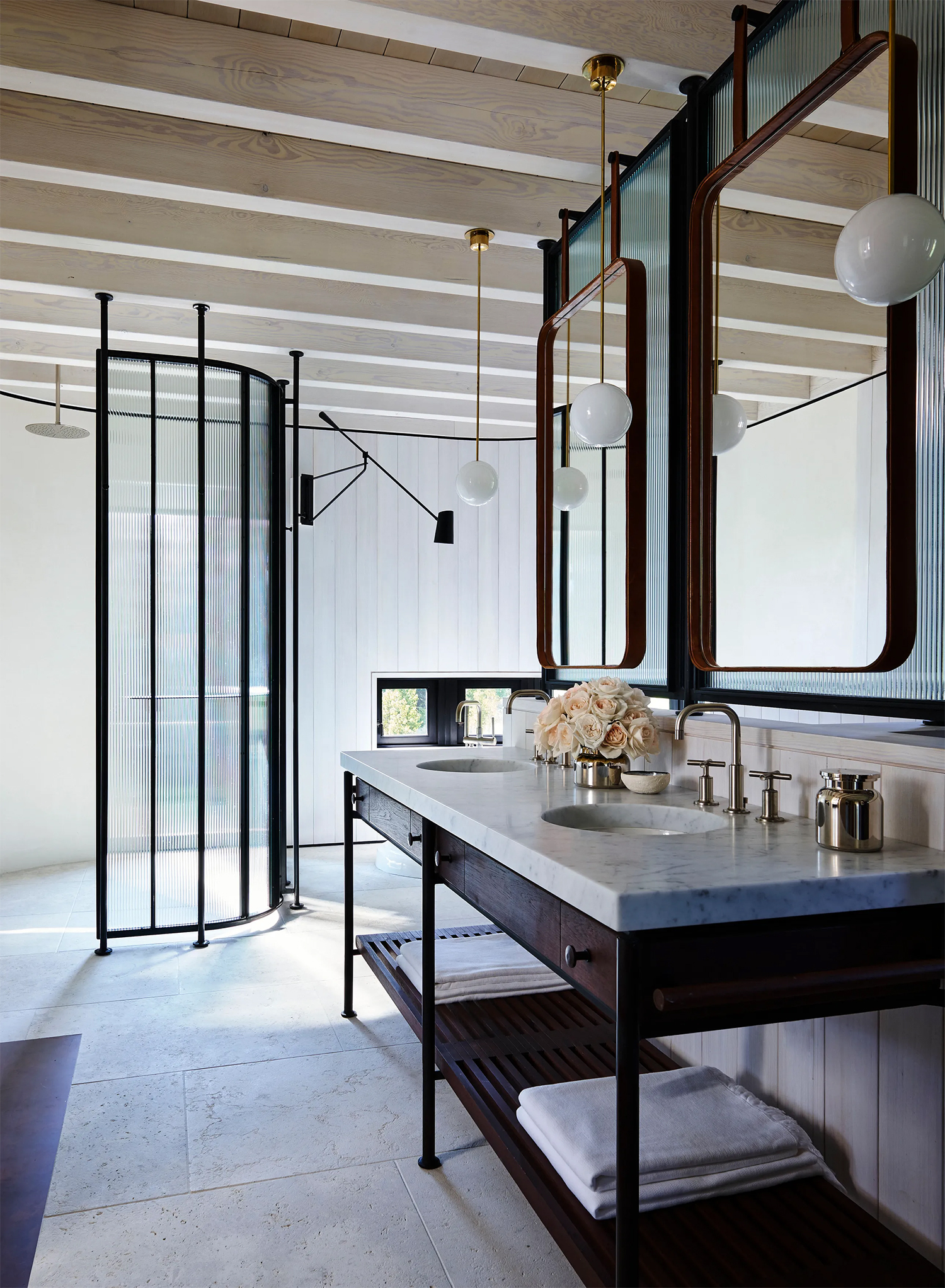 The hammock in the main living space is a masterpiece designed by Jim Zivic for Ralph Pucci. It was purchased for the family’s previous house, but to hang it in this high space, Zivic was engaged to create the custom-length chains. 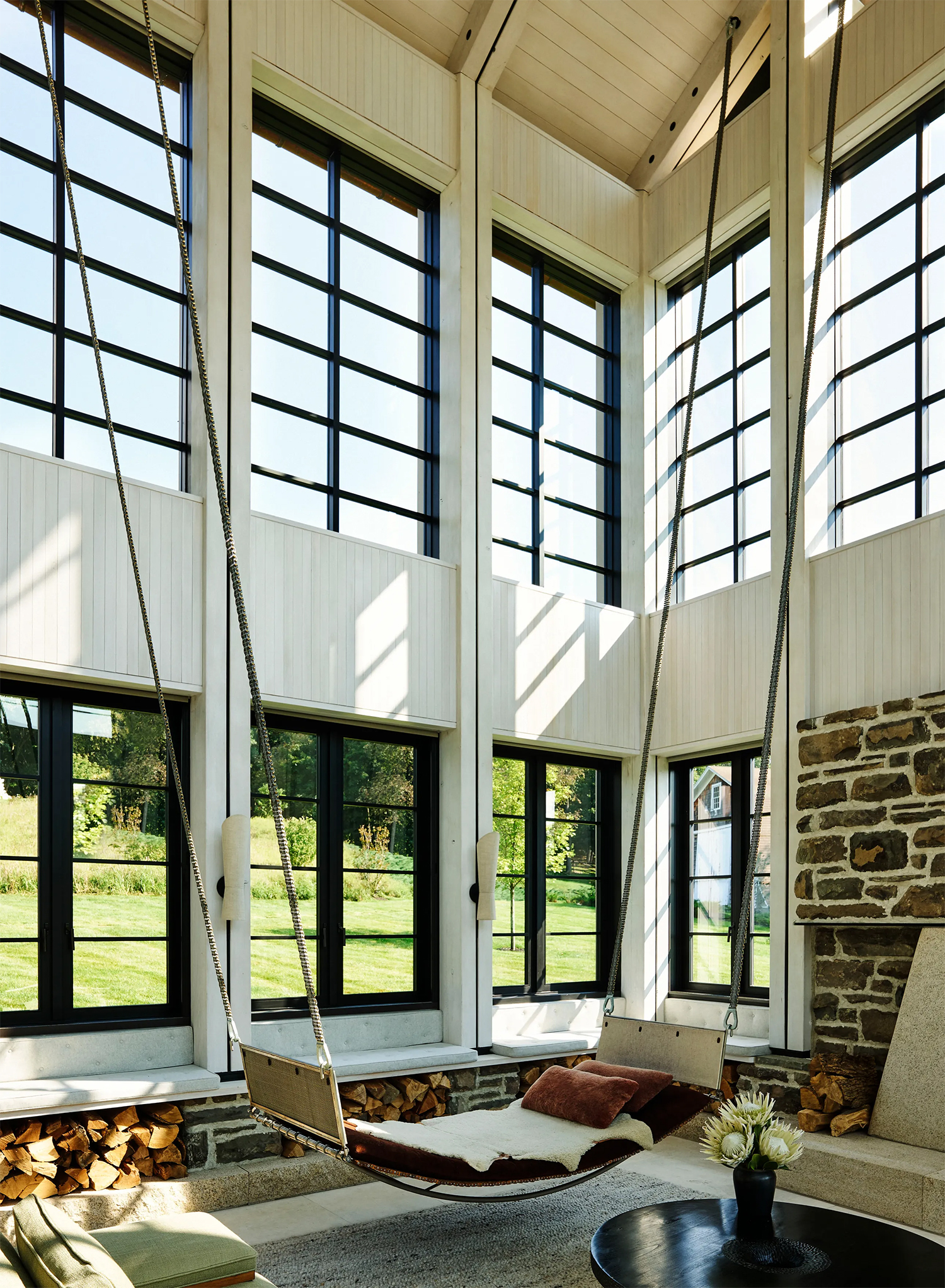 Client and architect also share a keen interest in India. German-born and educated, 45-year-old Niels Schoenfelder is the principal architect of Mancini Enterprises based in Chennai (Madras) and Mumbai. 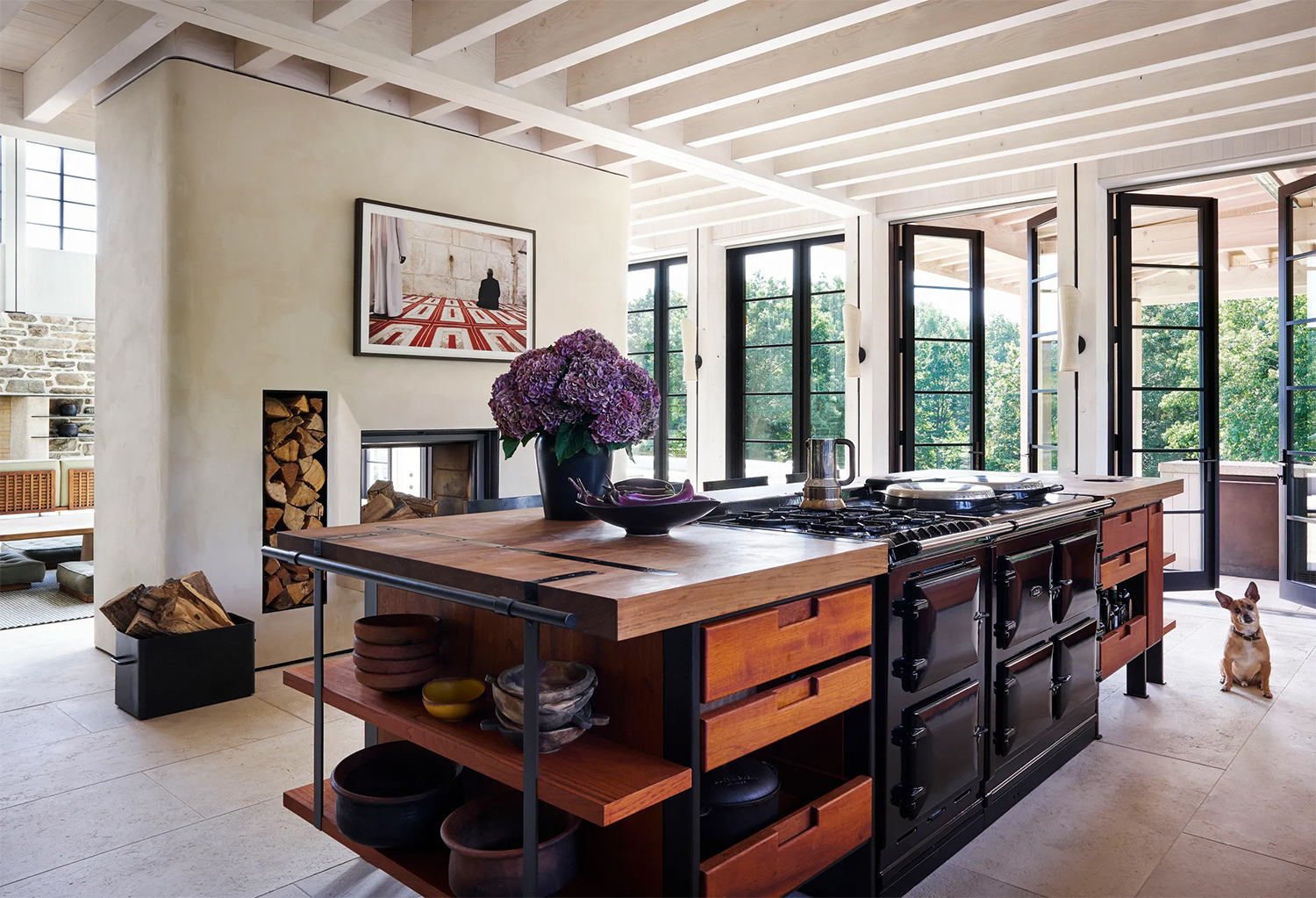 He went to India two decades ago for a hotel project and ended up not only staying but basing his business there. Part of the reason for staying was meeting his future wife Malavika Shivakumar, entrepreneur and partner in the Chennai-based embroidery atelier of the late Jean-François Lesage, the French heir of the Maison Lesage. The atelier is now owned by Chanel through its subsidiary Paraffection. 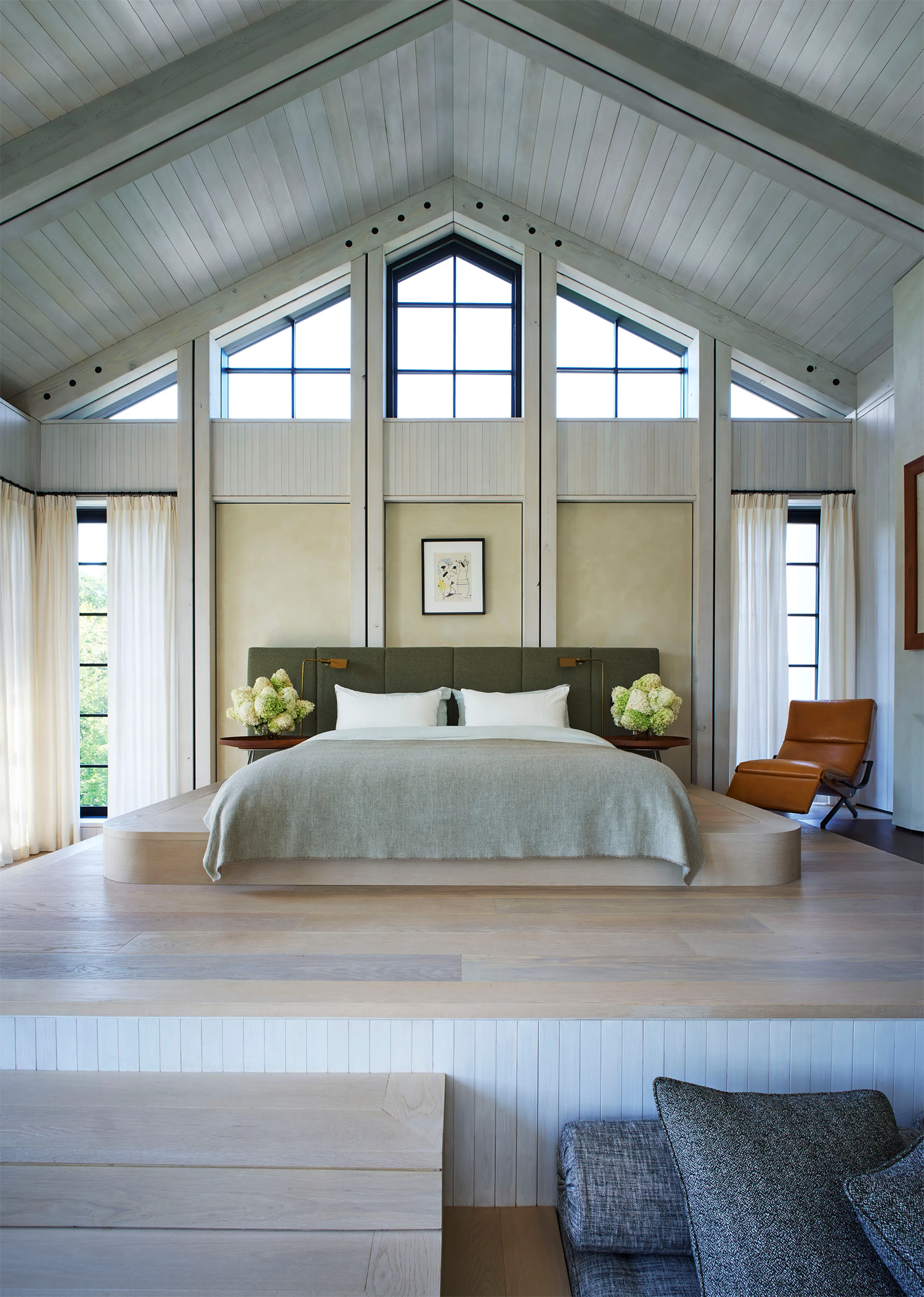 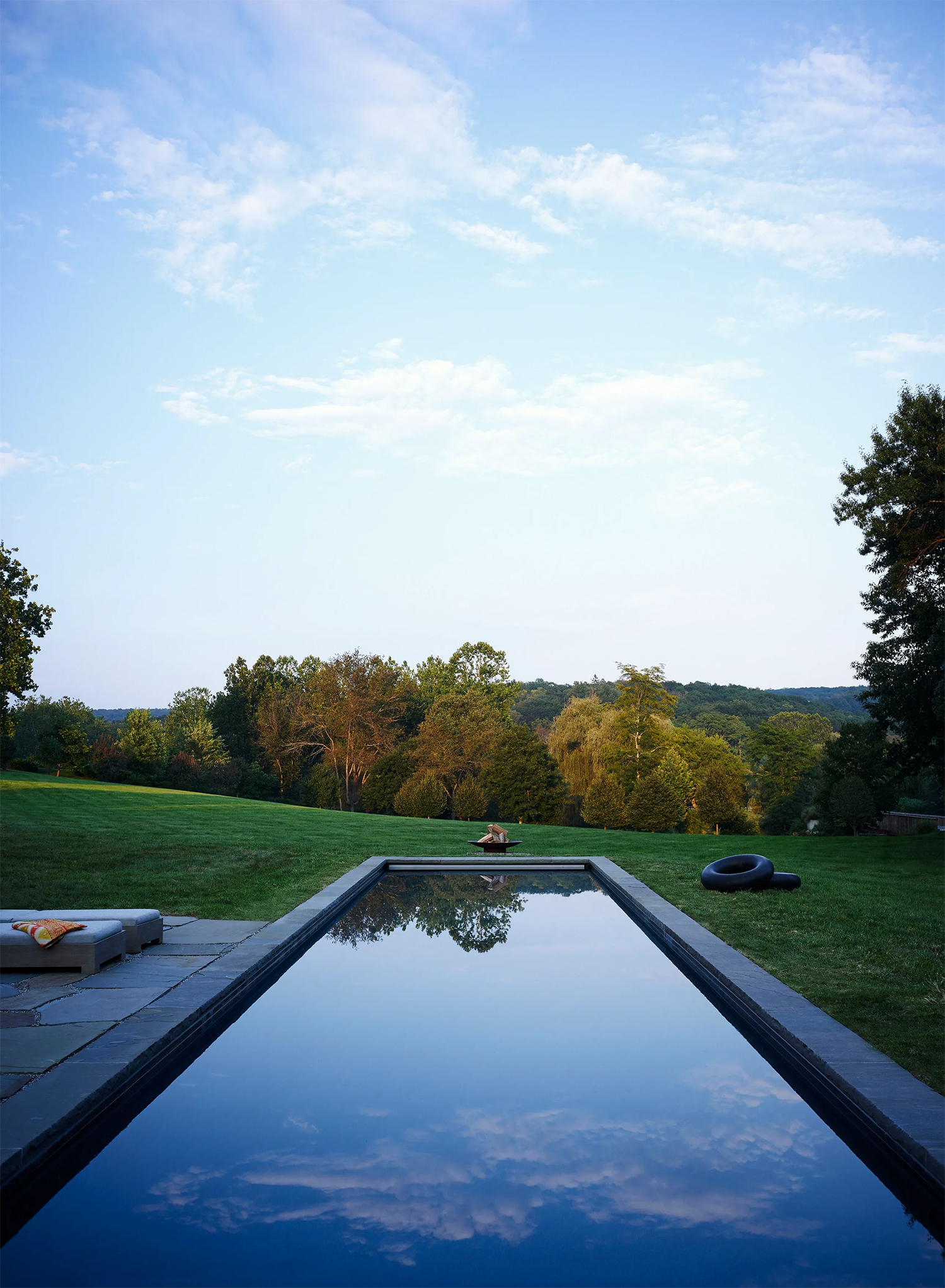 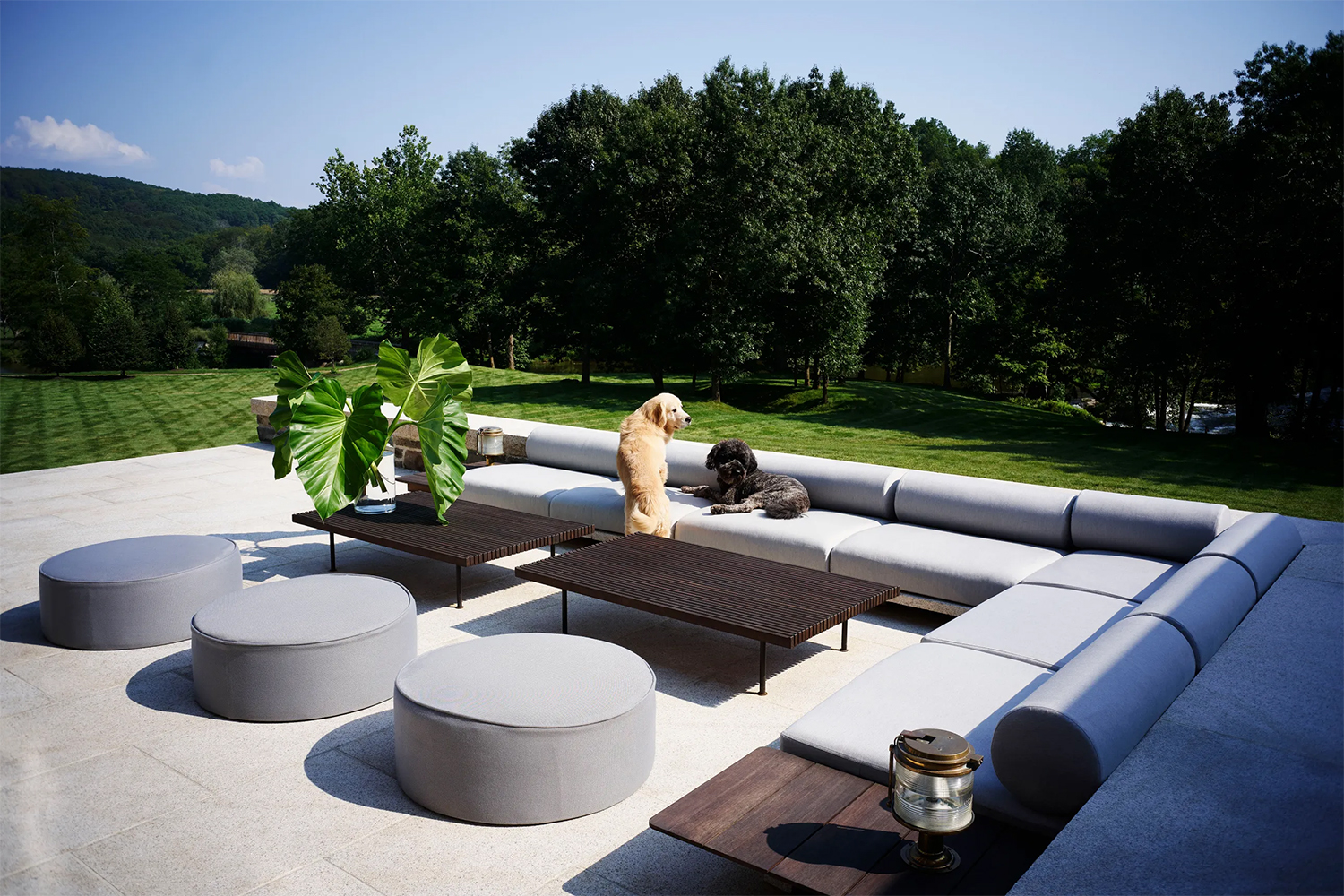