B30 Governmental Offices, The Hague, The Netherlands 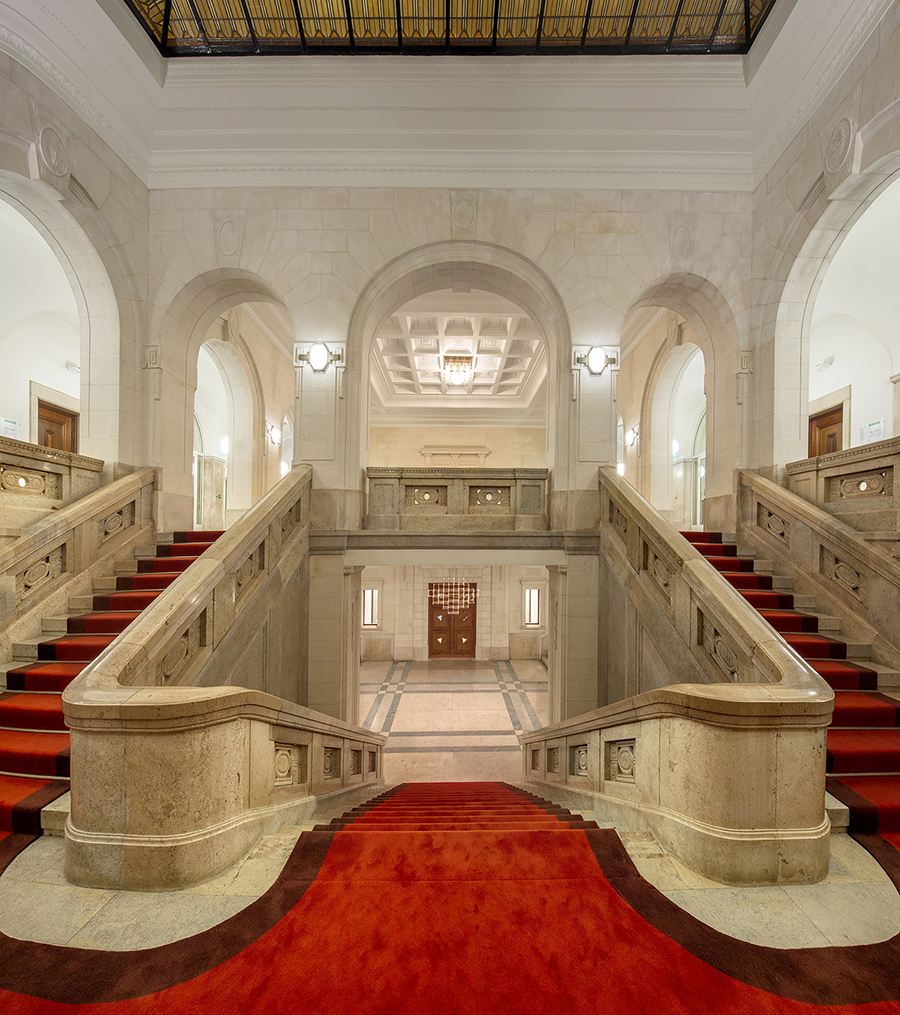 KAAN Architecten, based in Rotterdam, The Netherlands, has recently completed a large-scale re-imagining of a historic governmental building in The Hague. 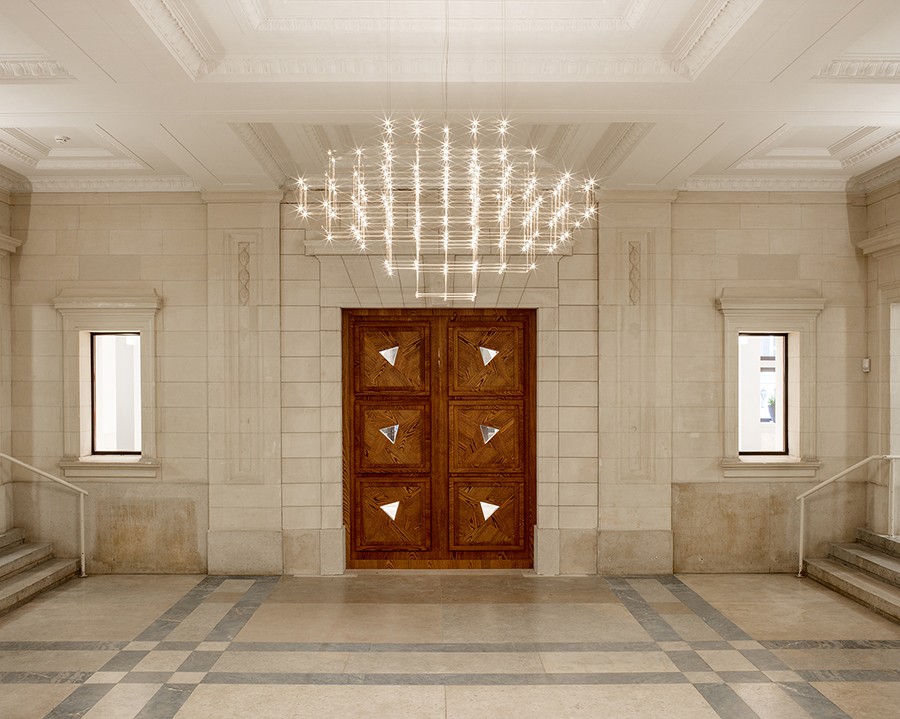 In the process, the traditionally austere monument to bureaucracy and hierarchy has been transformed into a modern and inviting working environment. 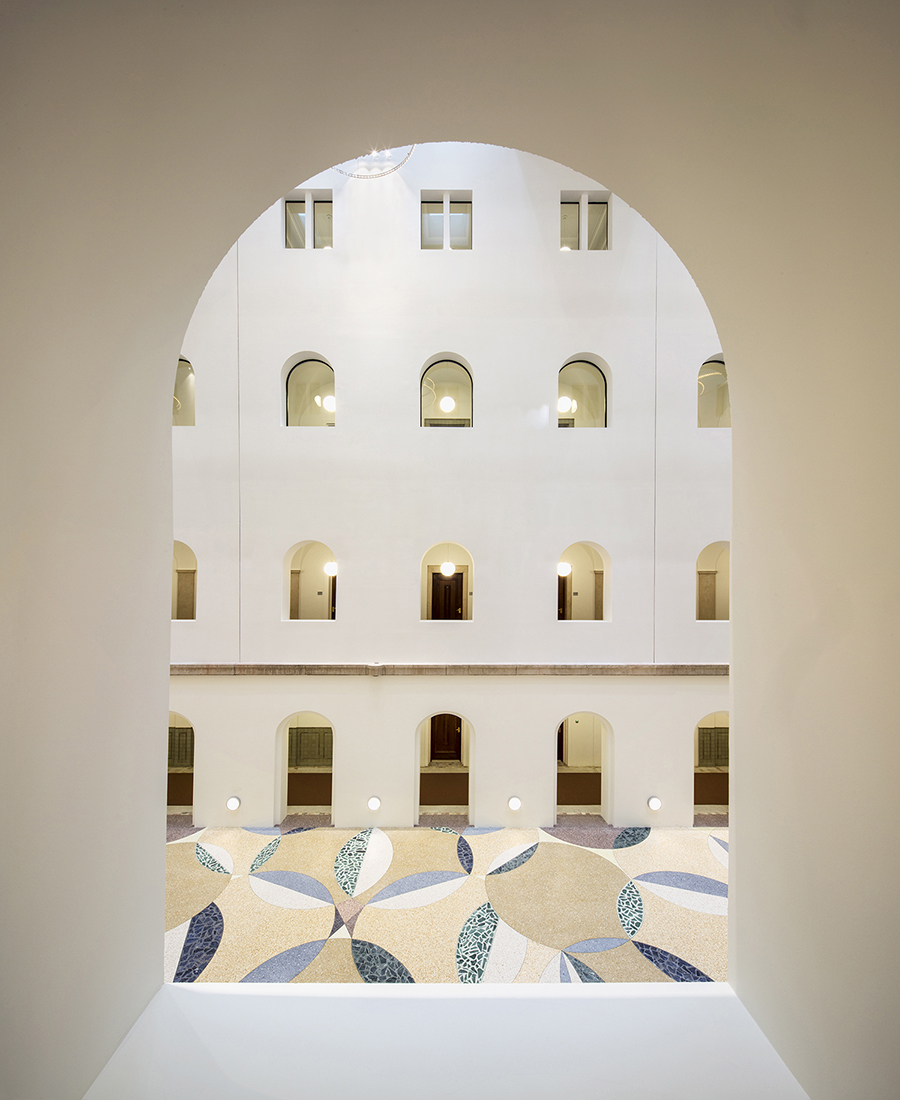 The 31 million-euro makeover has upheld the character and grandeur of the building but also introduced a distinctly updated mood of vitality and openness. 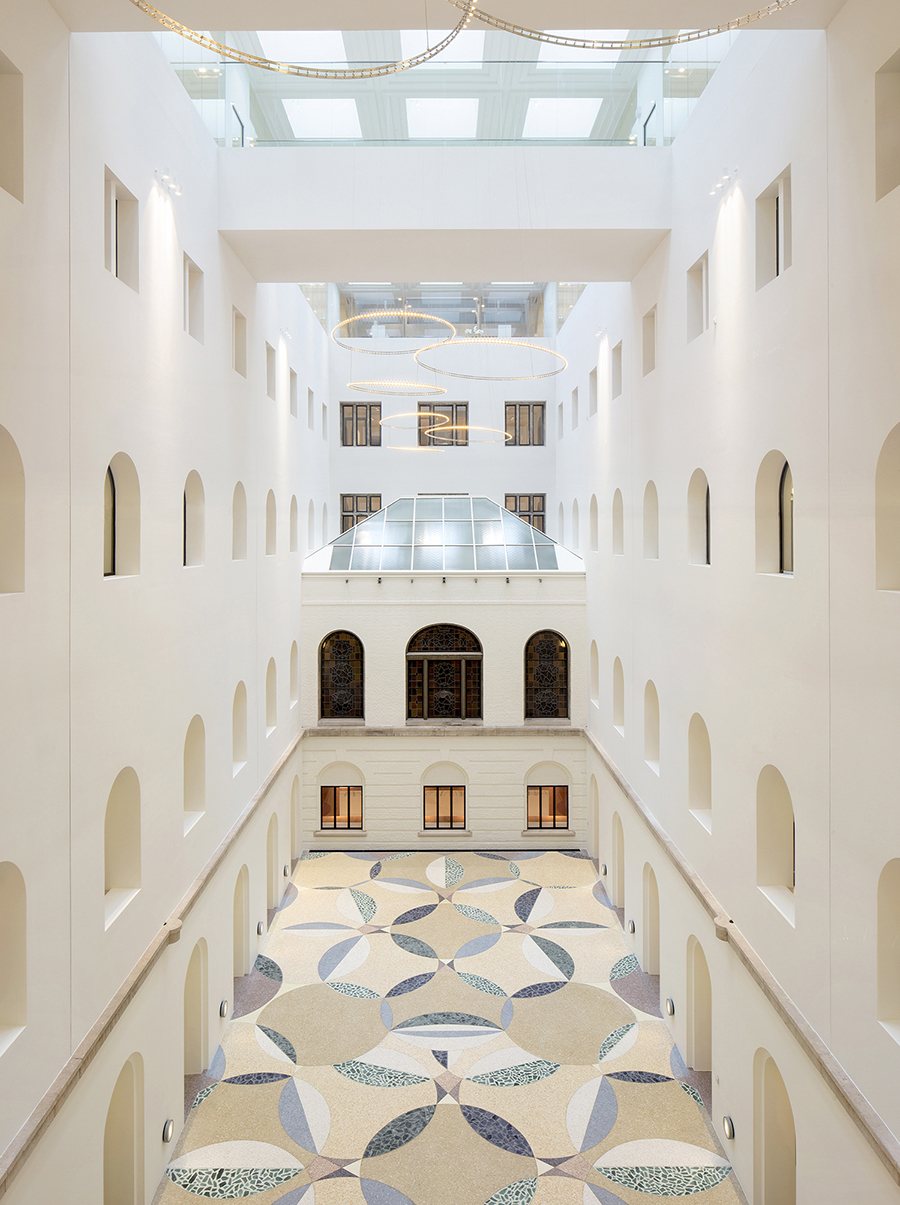 The building was originally purpose-created for a Ministry in 1917 by chief government architect Daniel E.C. Knutte, and it is now a Grade 1 listed structure in the Netherlands. 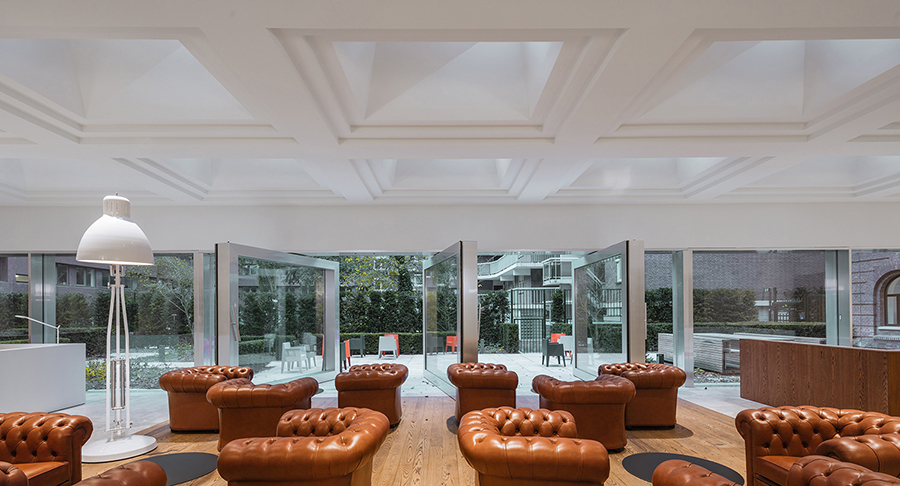 The B30 office block is located in The Hague city center by the Haagse Bos green space at number 30 Bezuidenhoutseweg, a historical connector way between the Huis ten Bosch Royal Palace and the Dutch Parliament, Het Binnenhof.

The ground floor is now an open and accessible public space that includes a restaurant, a café, a library, and meeting and seminar rooms. Long, open sightlines through the building assist wayfinding and create visual access to the street, woods and side gardens. 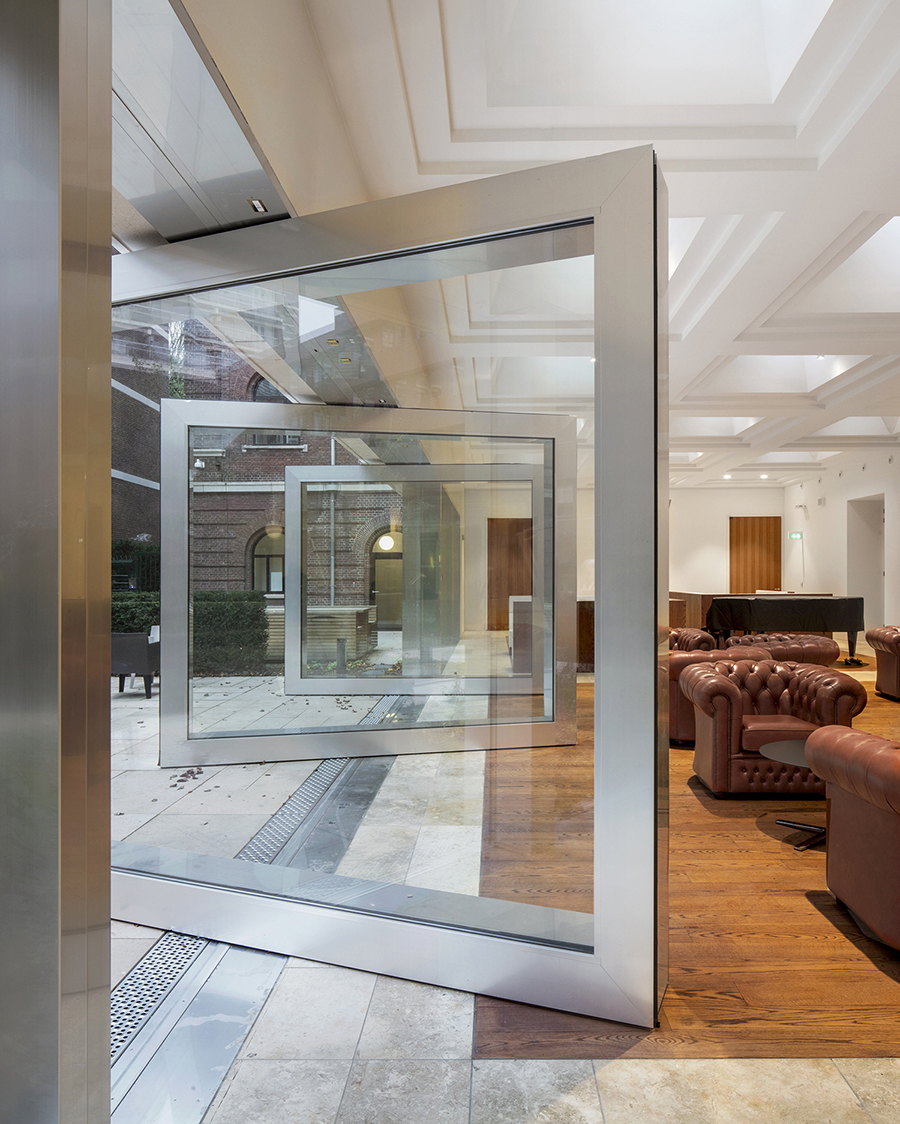 The large atrium is the visual and connectional core of the building and it has a new mosaic ‘garden abstraction’ floor pattern by Dutch visual artist, Rob Birza.

Other striking features are the foyer’s toffee-hued masculine leather seating and the large pivoting glass door partitions that open into the gardens. 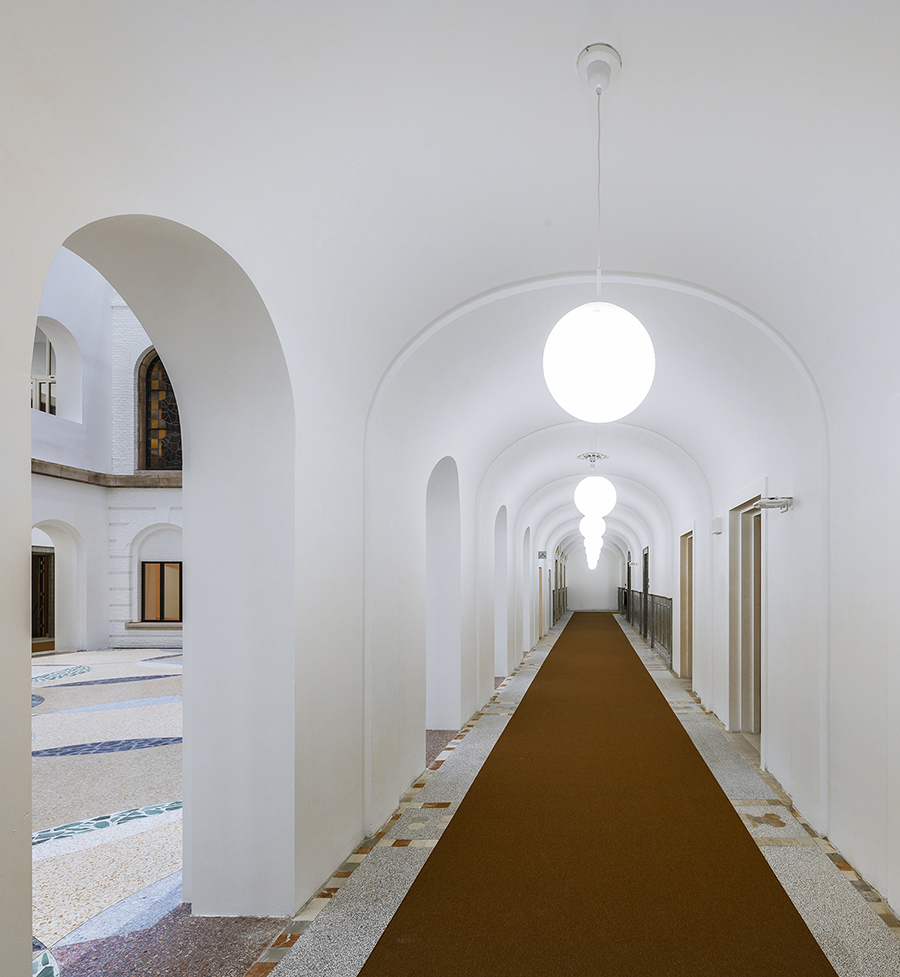 With these and many other well though-out solutions KAAN Architecten has created a functionally and visually revitalized building with an overall sense of lightness and balance that is not easily achieved in a slightly confined 100-year-old office complex.

B30 is home to several governmental units: three independent planning bureaus, the Council for the Environment and Infrastructure, and the Dutch Data Protection Authority. Tuija Seipell. 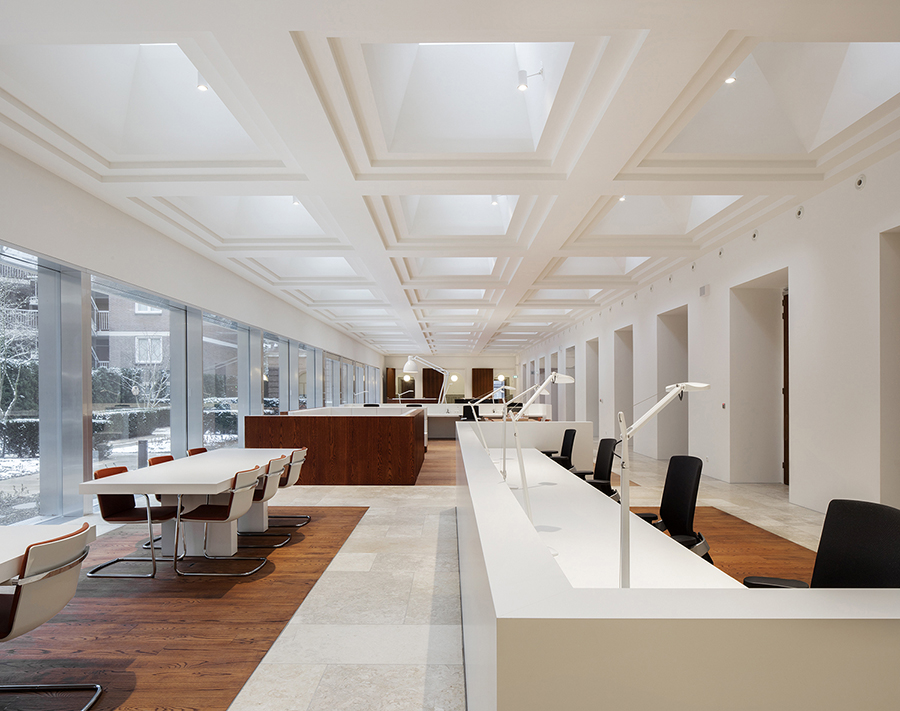