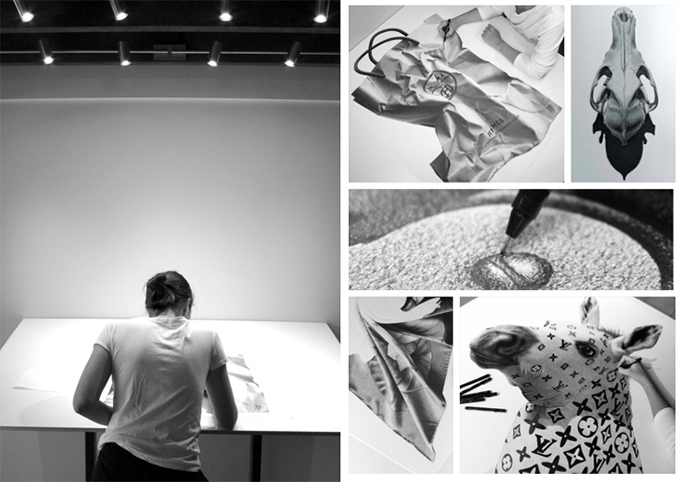 We discovered Australian artist CJ Hendry through her Instagram account and were immediately blown away by her work. Armed with only paper and pen, she creates magnificent, photorealistic black-and-white images in large format. Her subjects are generally high-end fashion objects, such as a Hermes scarf or a Louis Vuitton horse head, but they can also be other inanimate objects including sculls and guns. 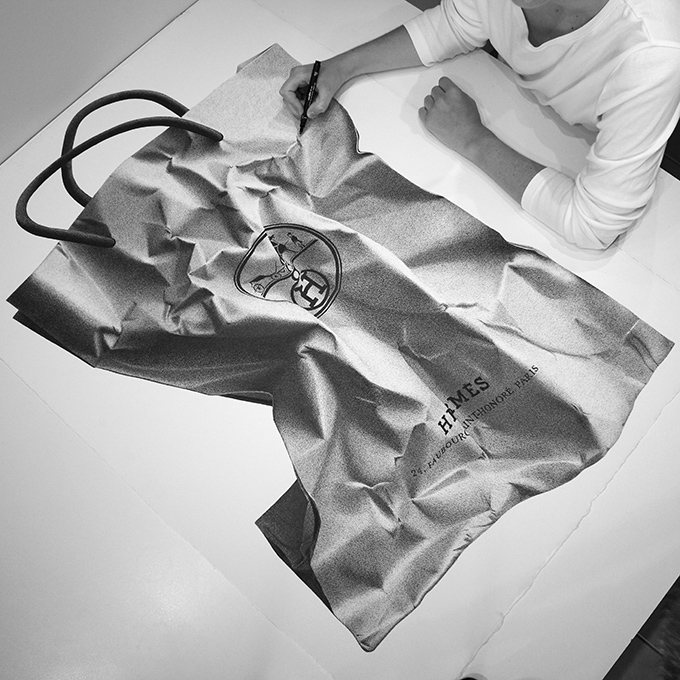 The pieces are mesmerizing visual objects in their own right, but once you realize they are created by just pen and ink, you really start to appreciate the skill and patience involved. 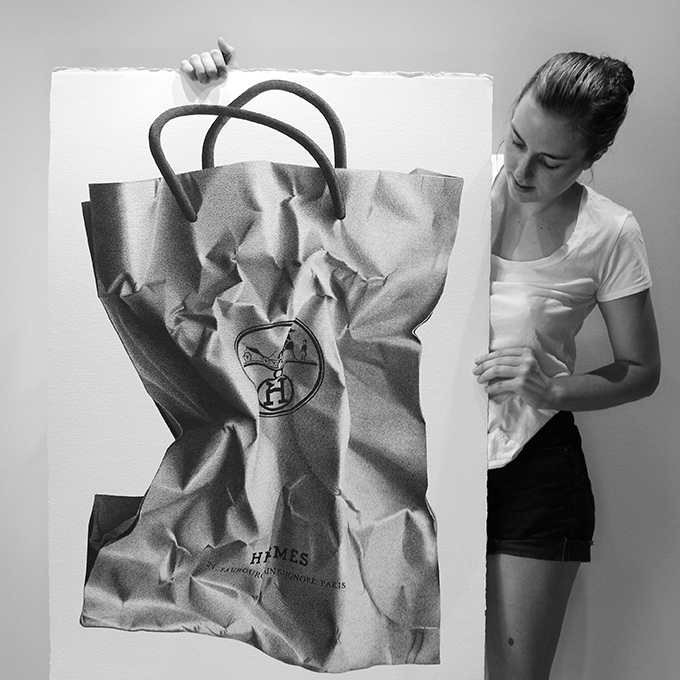 We are very happy to be the first to introduce her work to the world at large. We are usually pretty good at knowing when we have found a winner, and we know she’s one. 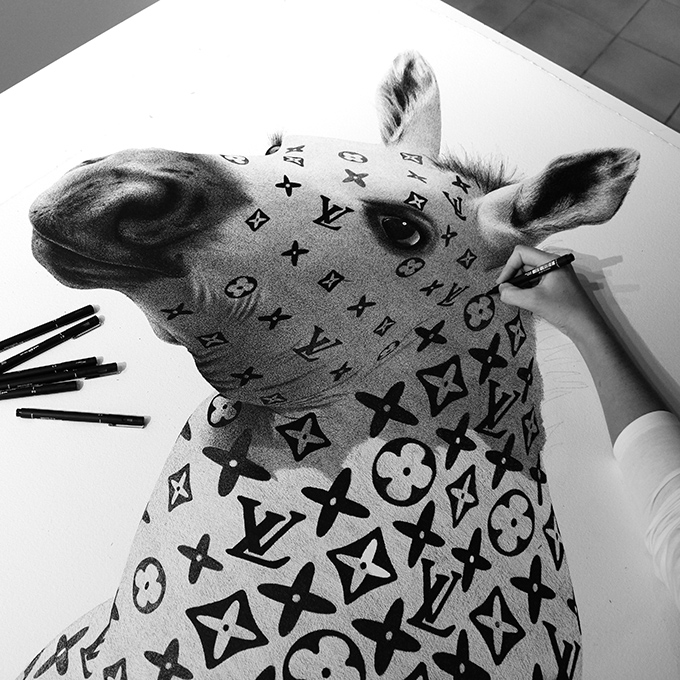 All six of her pieces were sold prior to the opening of The Art Hunter in Sydney and all via Instagram. 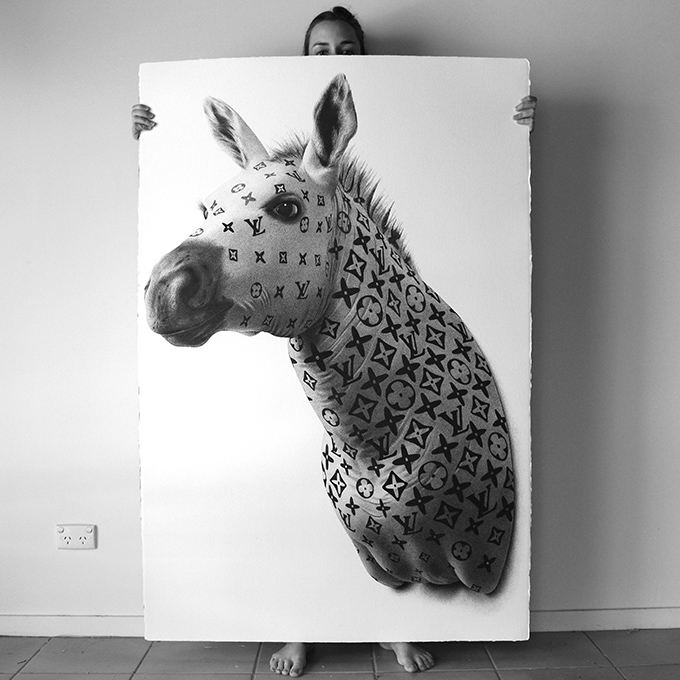 CJ Hendry’s creative process starts with selecting an object, or in some cases the objects selects her and she becomes obsessed with it to the point of having to create an image of it in ink. She then photographs the object in different positions and lighting, sometimes taking more than 100 images. She looks for a strong contrast with negative space that then draws the focus onto the object itself. 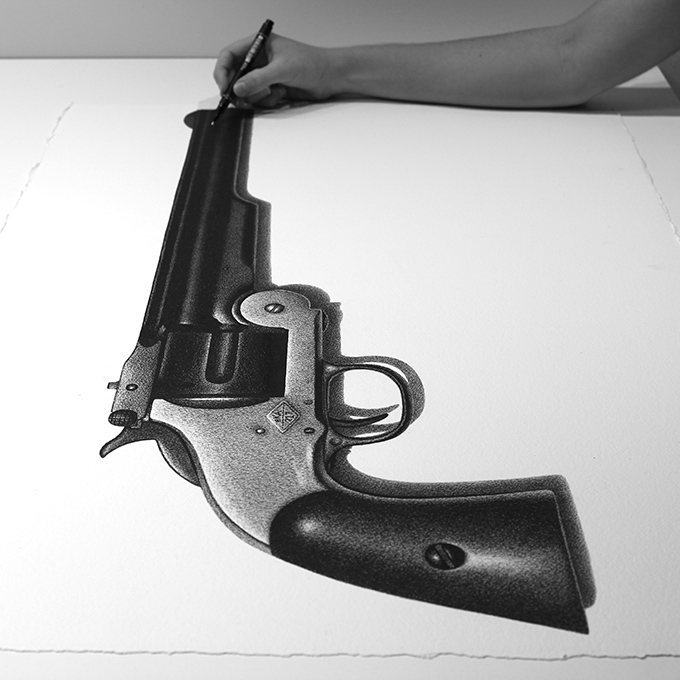 She selects the image that evokes a sense of simplicity and balance, or that in her words ‘shows off’ the item the best. She then prints a black-and-white image and creates a grid on a large sheet of Arches paper. She spends sometimes more than 200 hours painstakingly creating the final piece using only black UniPin pens 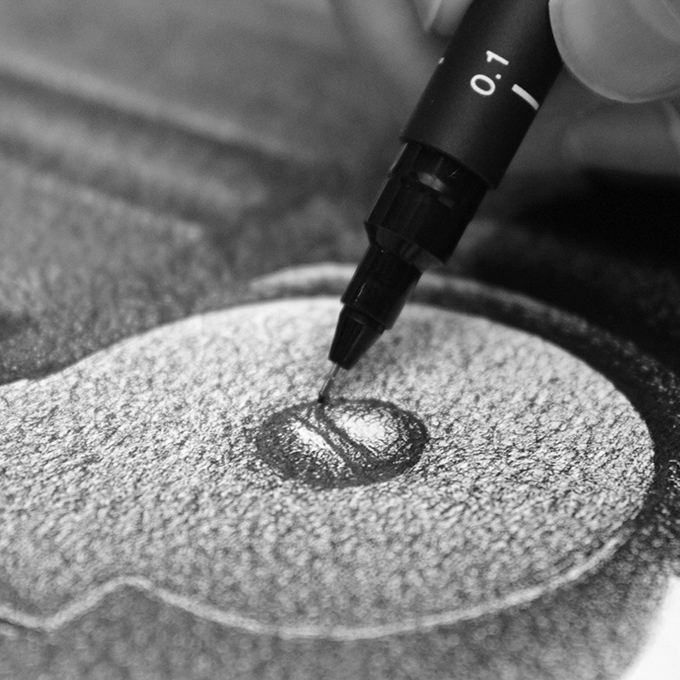 .
Having dropped out of two university programs, the former almost-Olympic-level swimmer (she just missed the Athens Olympics and left full-time swimming after that) has now found a satisfying life to channel her creativity, mental endurance and obsession with fashion. 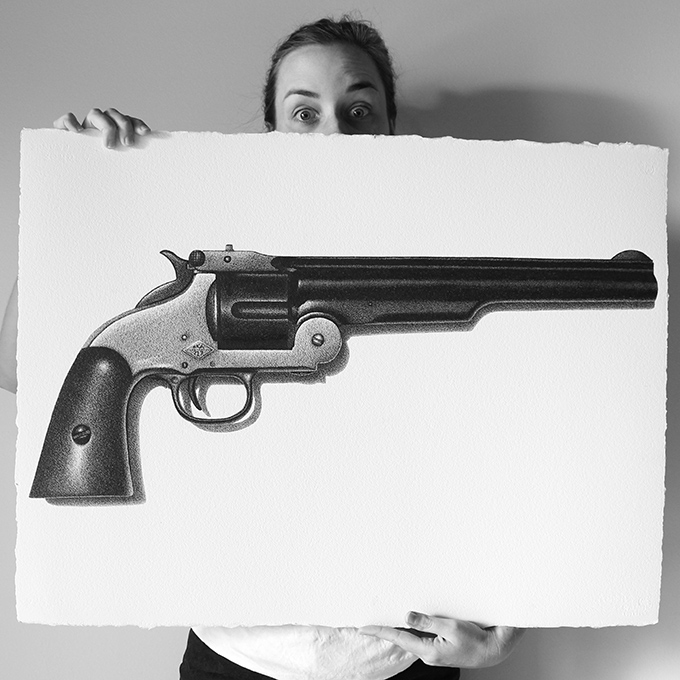 CJ explains: ‘The main reason I am so obsessed with expansive white backgrounds and highly detailed objects was through my early years of studying architecture. I was completely obsessed with the large plans with perfect lines, and this is where I was introduced to the black UniPin pens. I was not very good on the computer so I drew all my plans for all the assignments and drew detailed renderings of the buildings. The lecturers were not happy with me because I wasn’t using CAD and said I better learn, so I dropped out.’ 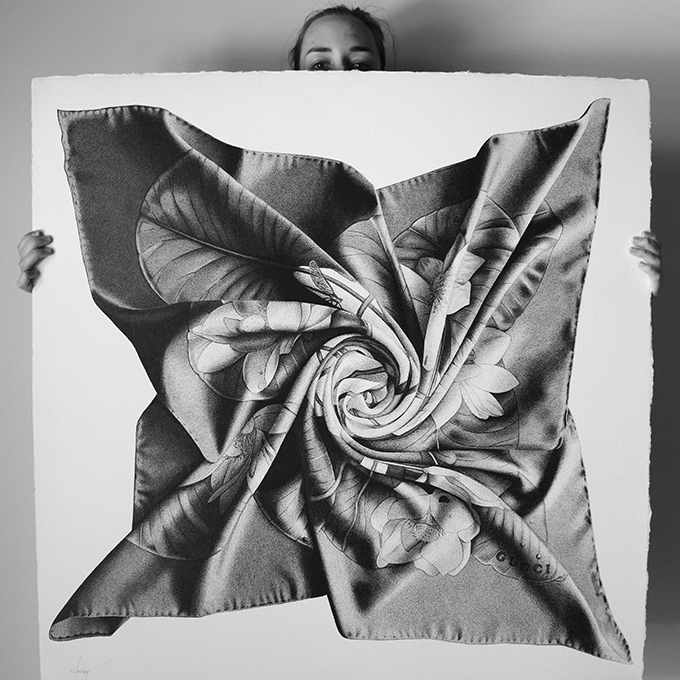 CJ Hendry does not do private commissions and is exclusively represented by TCH. We will be having 4 shows a year of CJ Hendry’s work in the coming next 12 months. Subscribe to our newsletetter to be updated. 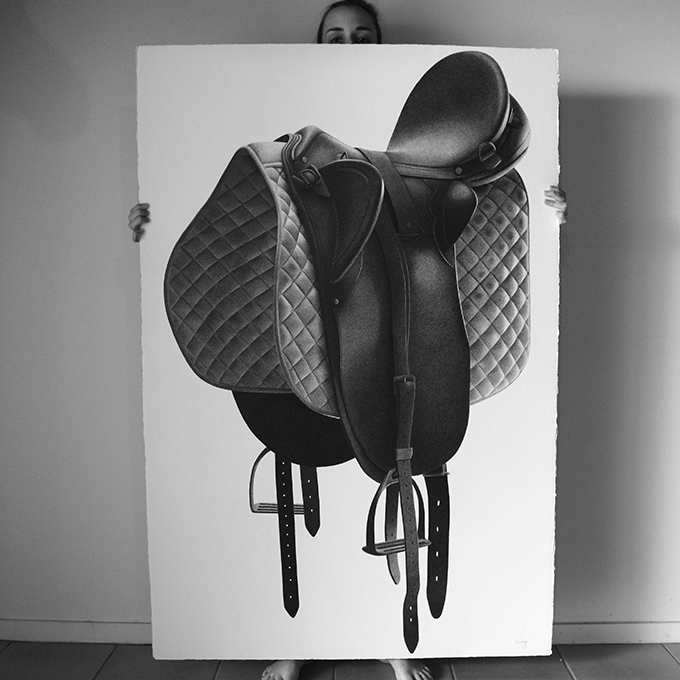