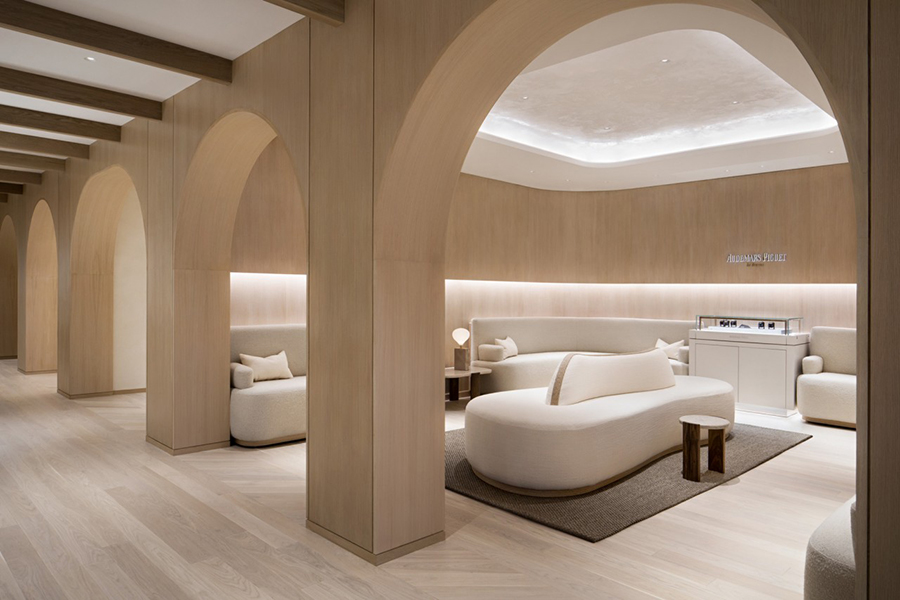 Architect and designer Lula Galeano, founder of New York-based Studio Galeón was no stranger to the Swiss luxury watch brand, Audemars Piguet when she was asked to design the brand’s East Hampton showroom on Long Island, New York. 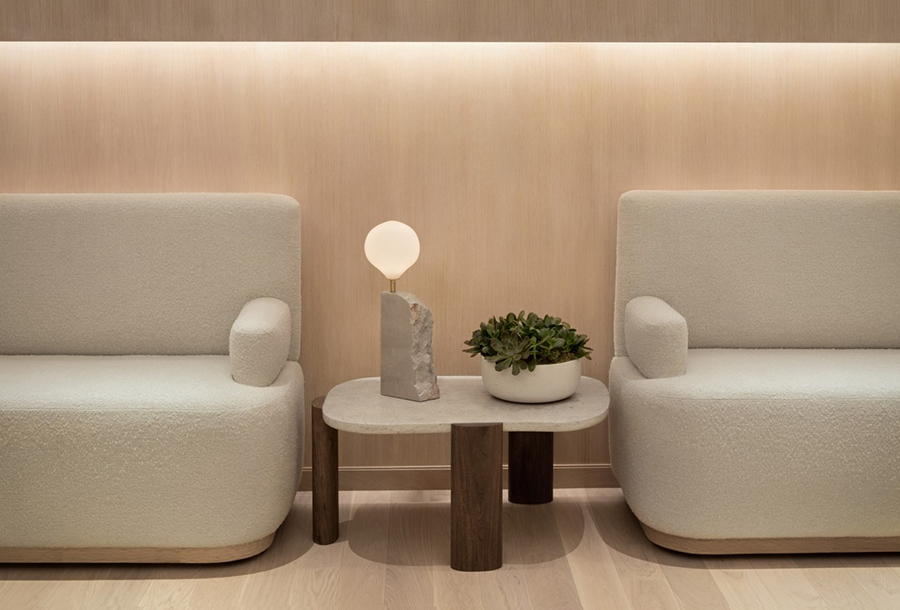 The design process of the 3,500 square-foot (325 square metre) East Hampton showroom was unusual for Audemars Piguet, as they gave Studio Galeón exceptional freedom to design it. “They were looking for a relaxed luxury feel, something that would speak about the brand in relation to the Hamptons, where clients would go to the store with their dogs after a beach day,” Lula Galeano tells The Cool Hunter. 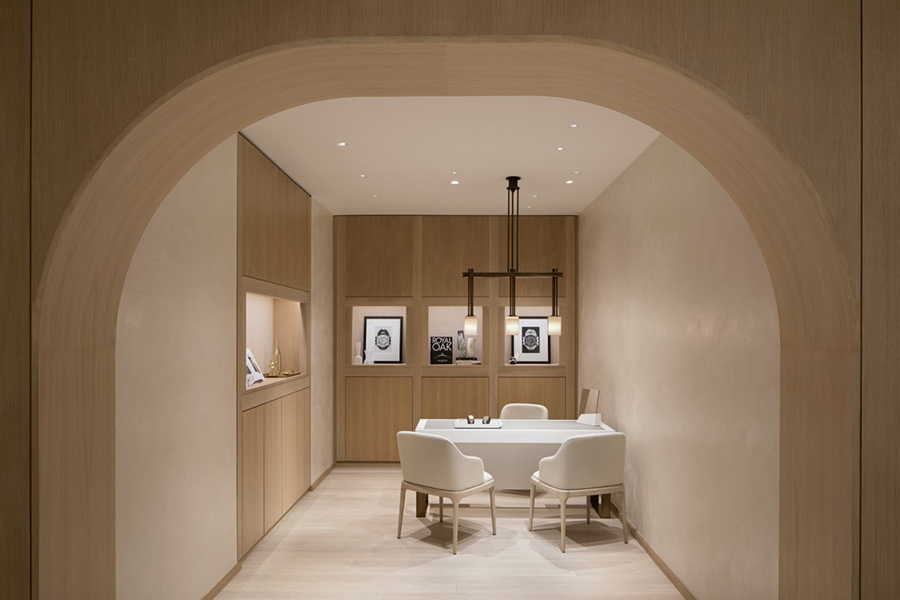 “Initially, they wanted to follow their brand guidelines but eventually, they agreed to this one-off concept. They have very strict brand guidelines for their boutiques and it took a lot of effort to have everyone on board, but now everyone at AP loves the boutique.” Our eyes were drawn first to the white arches and curves but then settled on the exquisite detailing and striking accessories and furniture. “We designed and crafted everything in the boutique, from the sofas to the lamps and custom made doorknobs using only the finest natural materials and the finest craftsmen,” Lula Galeano says.

The marble bolder table lamps she mentions are each fitted with hand-blown glass and chunks of marble in Mexico. The wash basin was also custom-made of chiselled Rosa limestone with the drain made invisible by covering it with a slate of the same limestone. 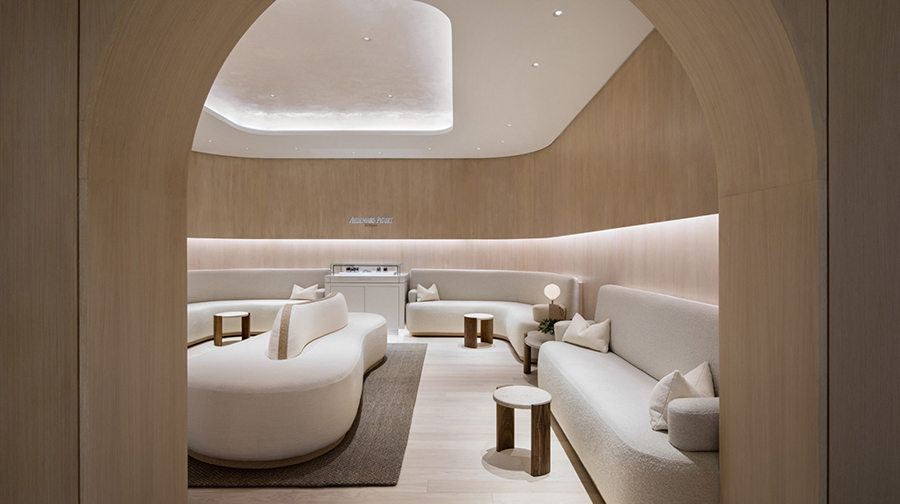 The sofas also have a great deal of detailing as all the wood trim is hand-chiselled, and designed to fit perfectly with the curved angles of the room. “It aligns with the cove in the ceiling when you are sitting down in the center of the room,” Lula Galeano explains.

“For us, luxury is a gentle solution, a horizon line where your eyes can rest. It was very meaningful for me to materialize this vision with them,” Galeano concludes. 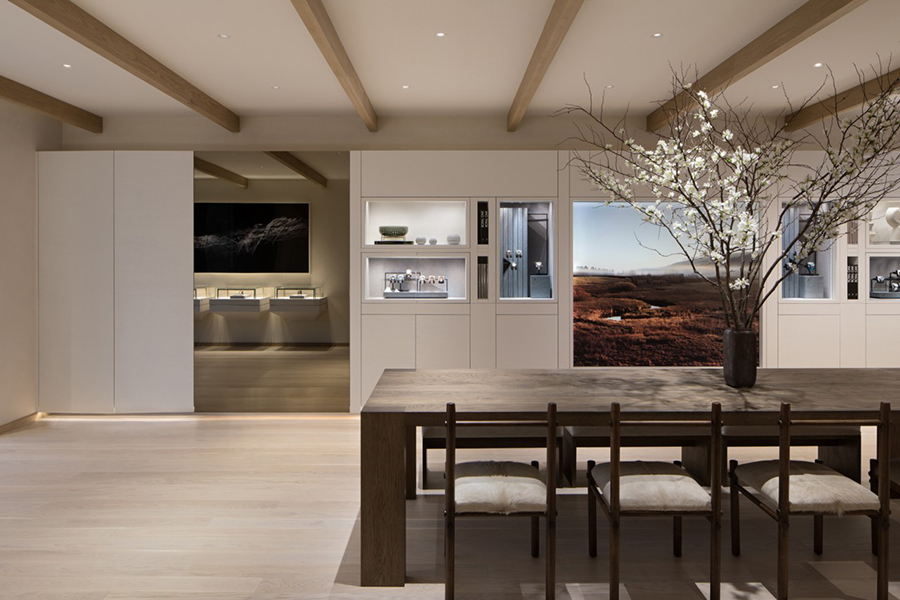 Designer and architect Lula Galeano grew up in a small town in Patagonia, Argentina, and studied architecture in Buenos Aires where she also taught for four years while simultaneously working as an architect. She collaborated with several well-known studios including the design of airport lounges with Studio Putnam. She founded Studio Galeón in 2017. 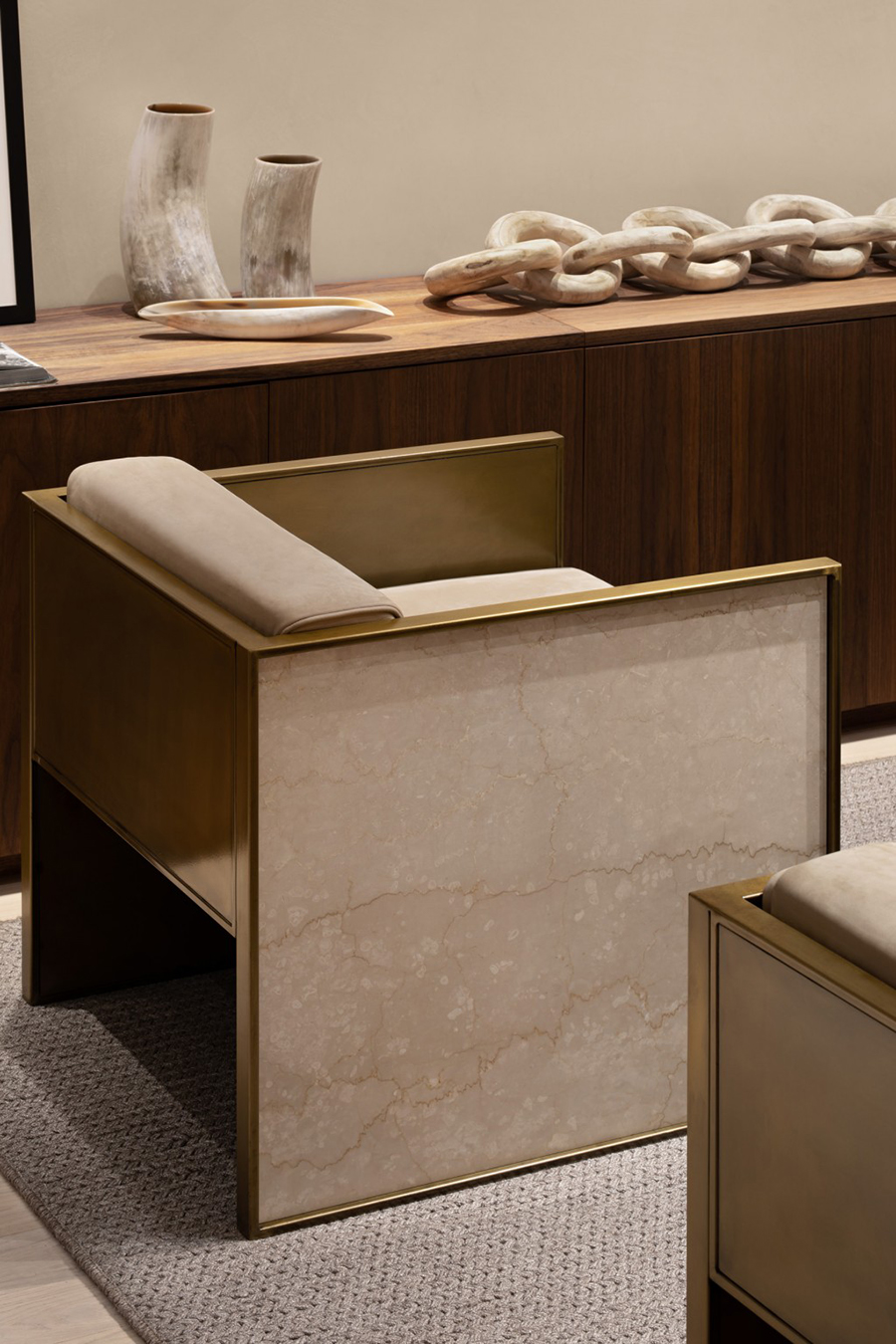 Audemars Piguet watch brand was founded in 1875 by Jules Louis Audemars and Edward Auguste Piguet, both residents of the village of Le Brassus, in the Vallee de Joux in Switzerland, where the company headquarters are still located. Next to the headquarters is the much-publicized Musée Atelier Audemars Piguet, a spiral-shaped glass and steel pavilion designed by Bjarke Ingels Group and scheduled to open this summer. Tuija Seipell. 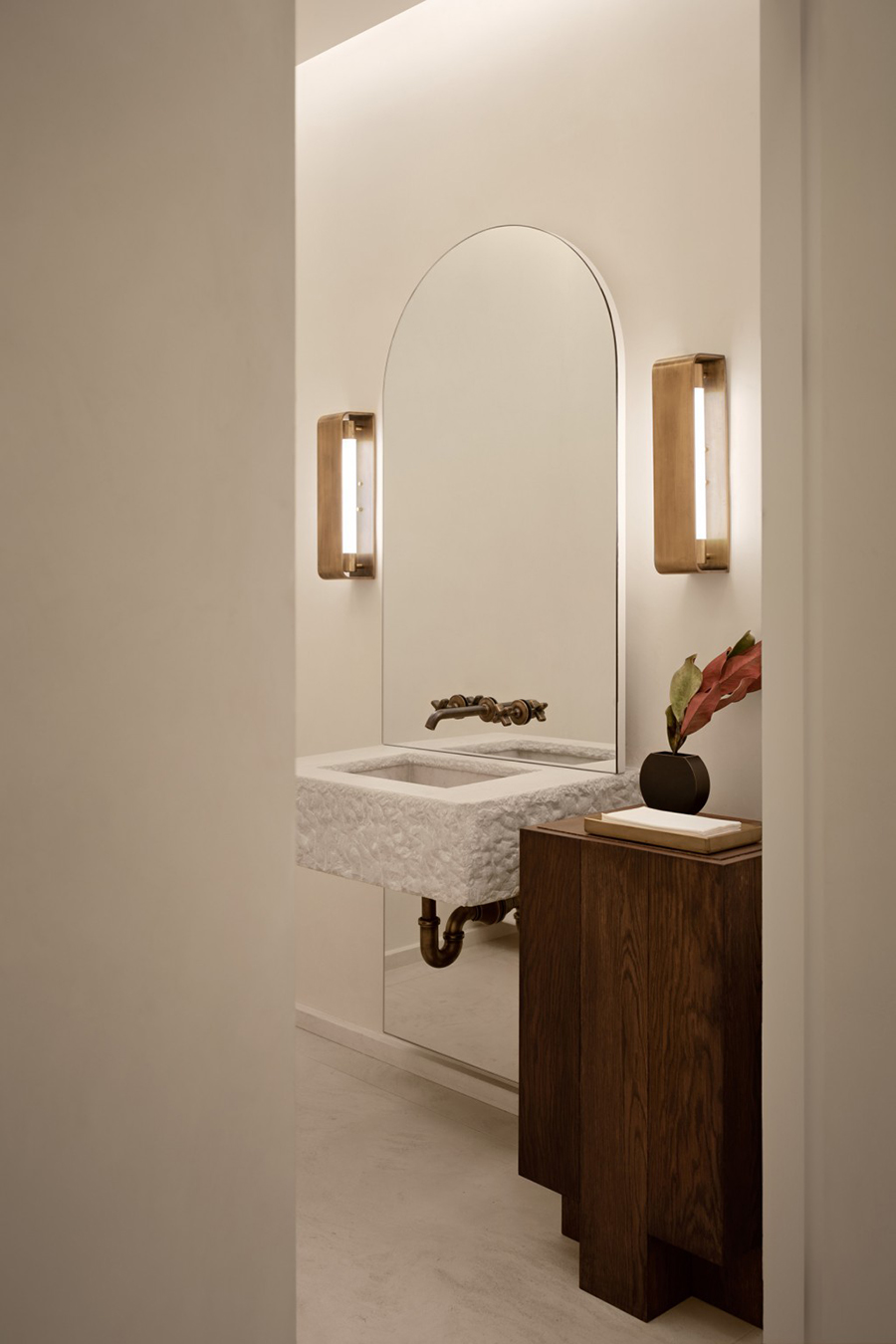