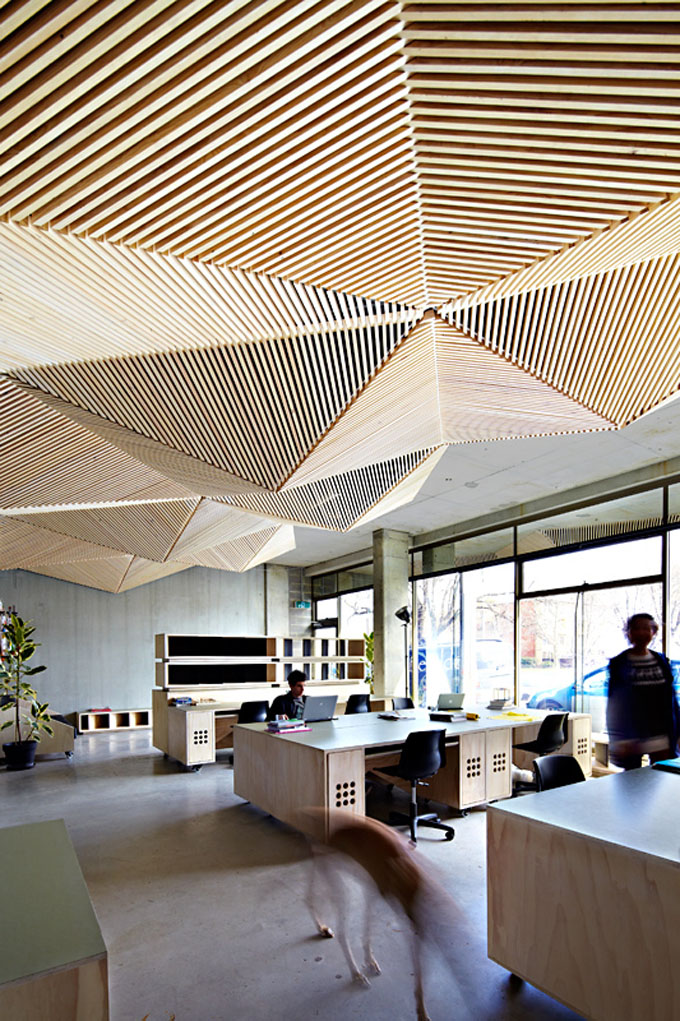 It’s the ceiling. Definitely the ceiling. And the wood, of course. We just cannot take our eyes off of cool wood features, so, naturally this studio in Melbourne drew our attention. 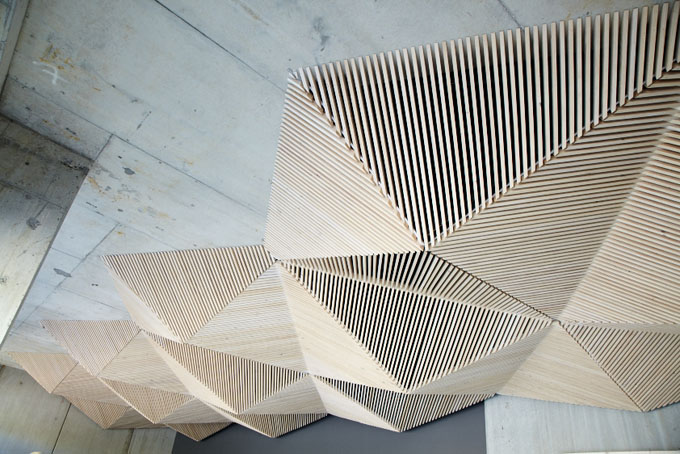 It is for Assemble an architecture, design and property development company focused on small footprint projects. Joachim Holland, one of the three key players at Assemble, is also the design principal at Jackson Clements Burrows whose work with the Trojan House we wrote about some time ago. 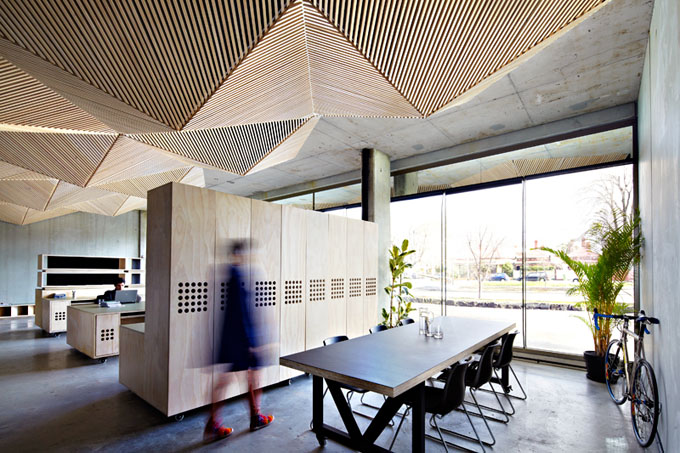 True to their hands-on spirit, the Assemble team participated in the actual building of the studio and, with professional help, put together its pine batten-and-stud latticework ceiling that was loosely modeled after origami. 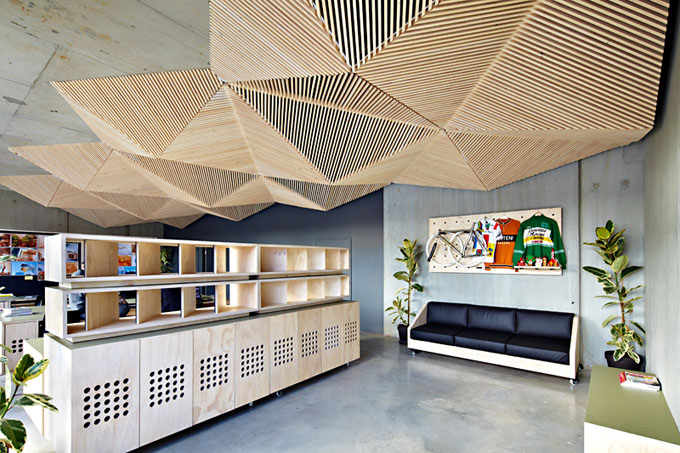 In addition to looking lovely, the ceiling is highly functional. It conceals a network of pipes, ducts, tubes, fire alarms, smoke detectors and air-conditioning units, and also improves the acoustics in the space otherwise dominated by exposed concrete and glass. 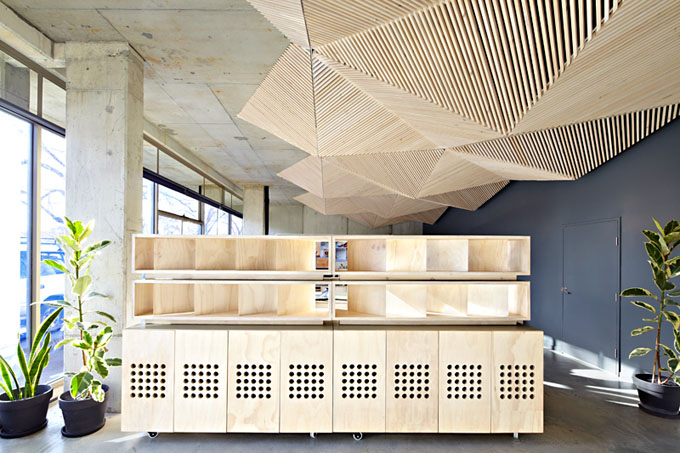 The ceiling is constructed from five triangles repeated five times across the length of the ceiling. We like how the ceiling’s sense of light weight and openness livens up an otherwise fairly standard, boxy space. – Tuija Seipell.