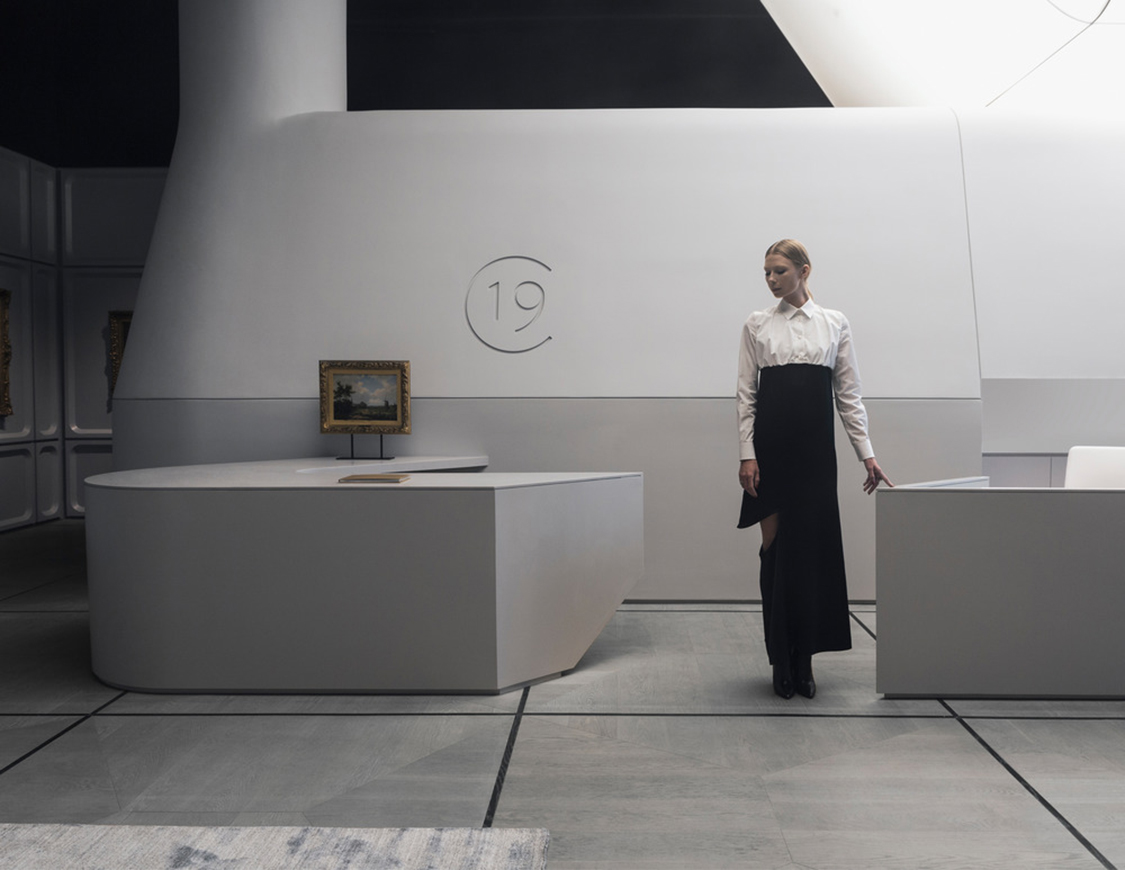 This past summer, Los Angeles based architecture and design practice Arshia Architects received two awards for its interior design work for Gallery 19C, a project for which the architects designated an internal work code BE29. 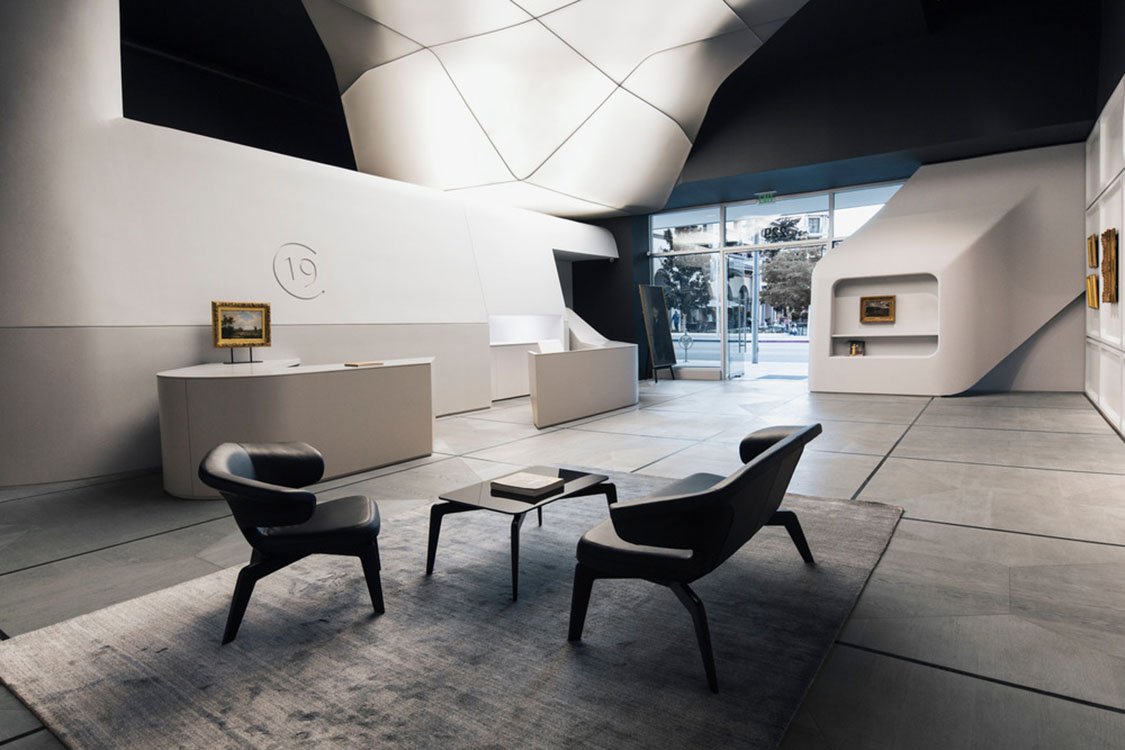 In its elegant minimalism and retro-futuristic whiteness, the art gallery setting, completed in May 2018, has provided a fitting backdrop for the 19th century paintings on which the gallery is exclusively focused. 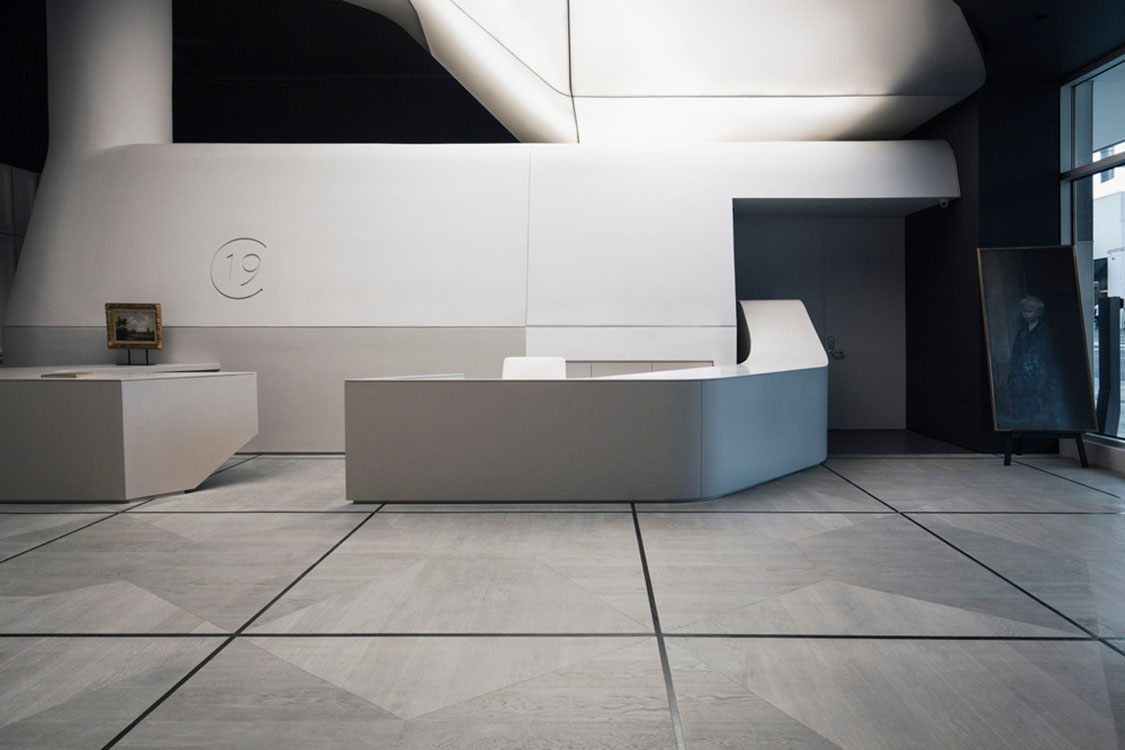 The project was the winner of the 28th Annual Will Ching Design Competition Award that celebrates the originality and excellence in commercial design from firms with five or fewer employees. The award is hosted by IIDA, the Chicago-based Commercial Interior Design Association with publishing partner Interior Design magazine. 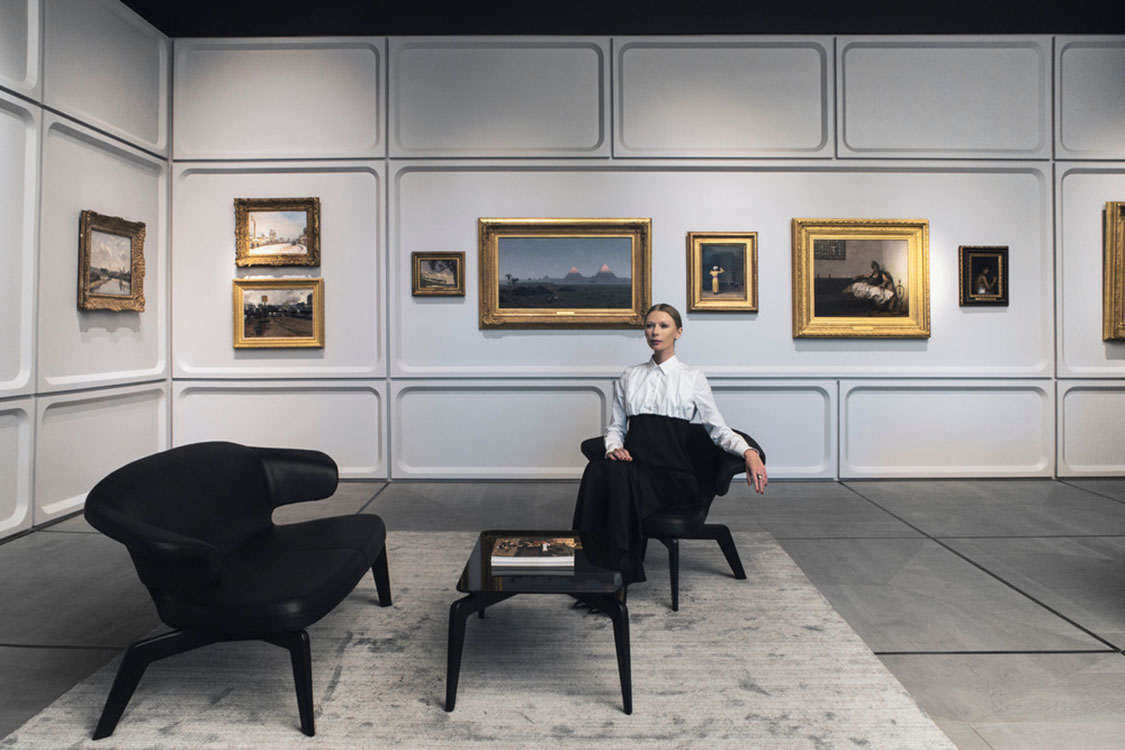 The Will Ching Design Competition is one of 10 Design competition hosted by IIDA. It is named after Honolulu-born and Manhattan-based Willard Ching, a noted interior designer of commercial buildings who died in 1992 at the age of 50. He designed, for example, the interiors of New York City’s police headquarters, Time magazine’s executive offices and the New Rochelle Hospital Medical Center. He was also active in several leading national and local design organizations. 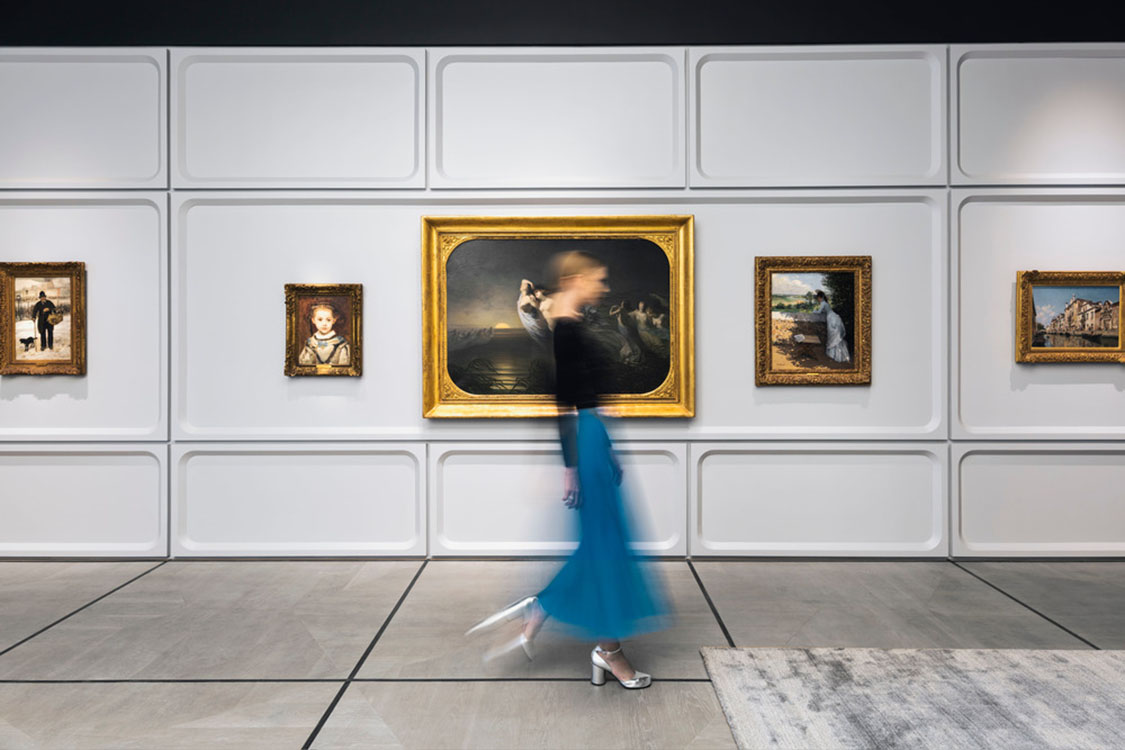 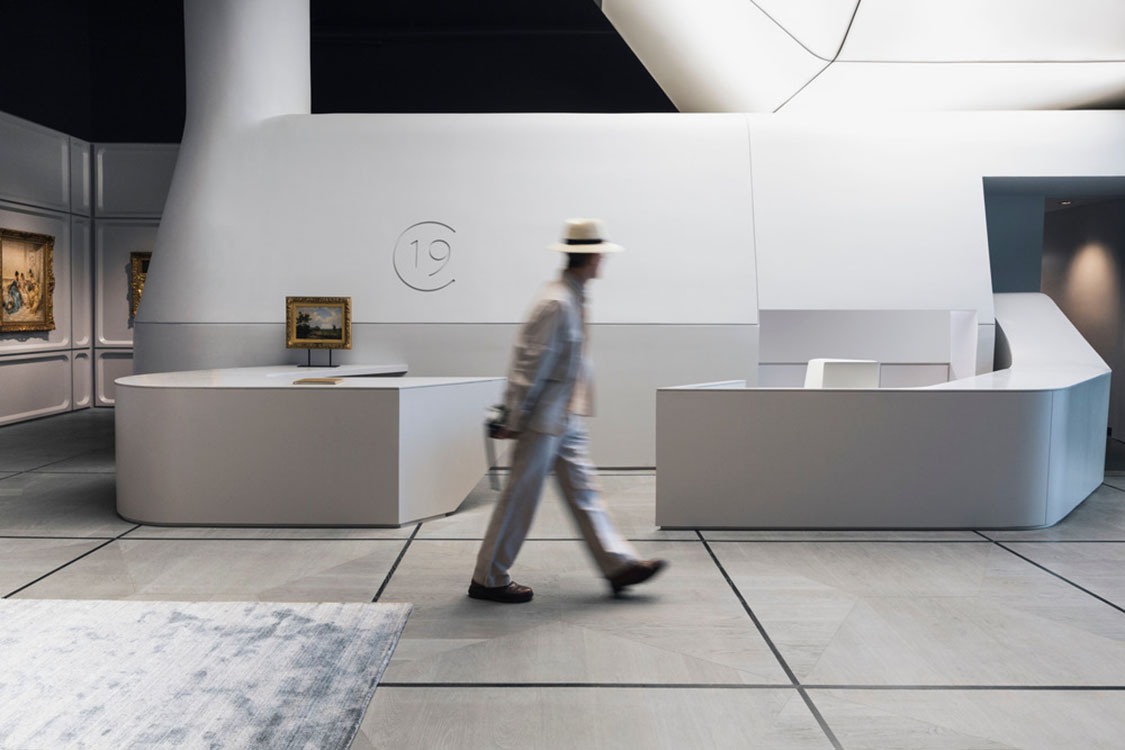 The architects describe the project as an expression of three milieus or periods: The historic expressed in the art, the contemporary evoked by the shell of the building itself and the future suggested by the new interior design. This balance is not easy to achieve, especially with any kind of futuristic leanings, as there is always the danger of the surroundings overpowering the art. But in this case, the primarily white interiors provide both tension and balance in just the right proportions. Tuija Seipell 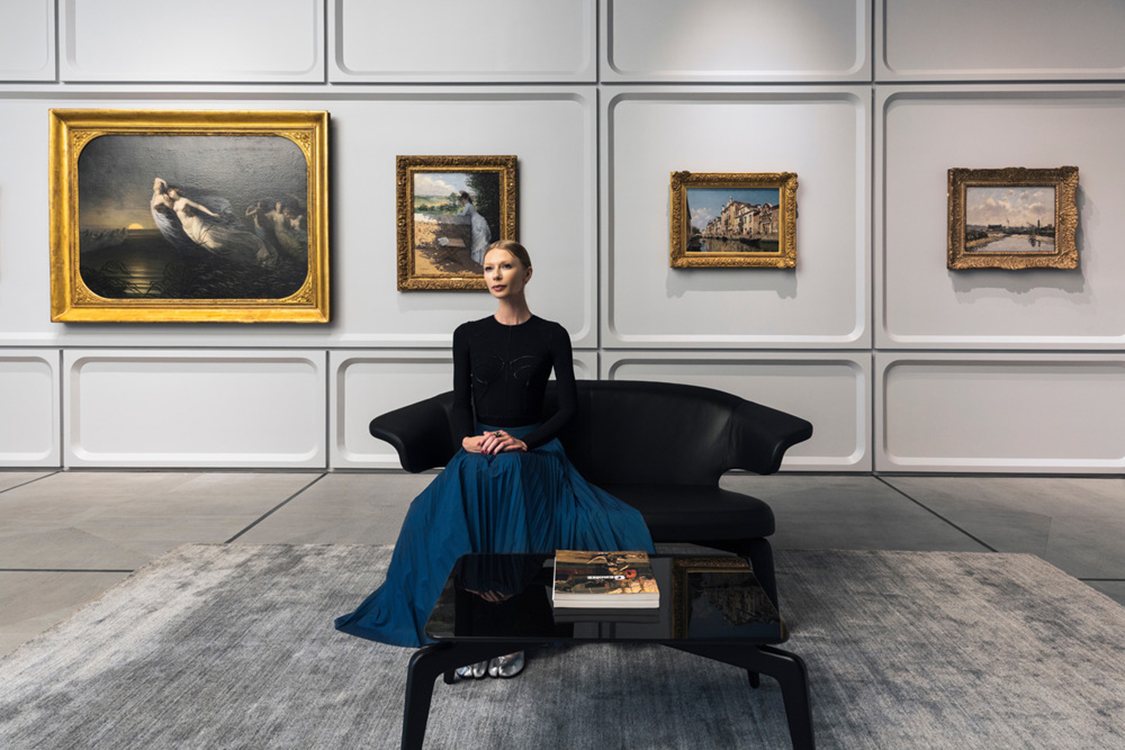