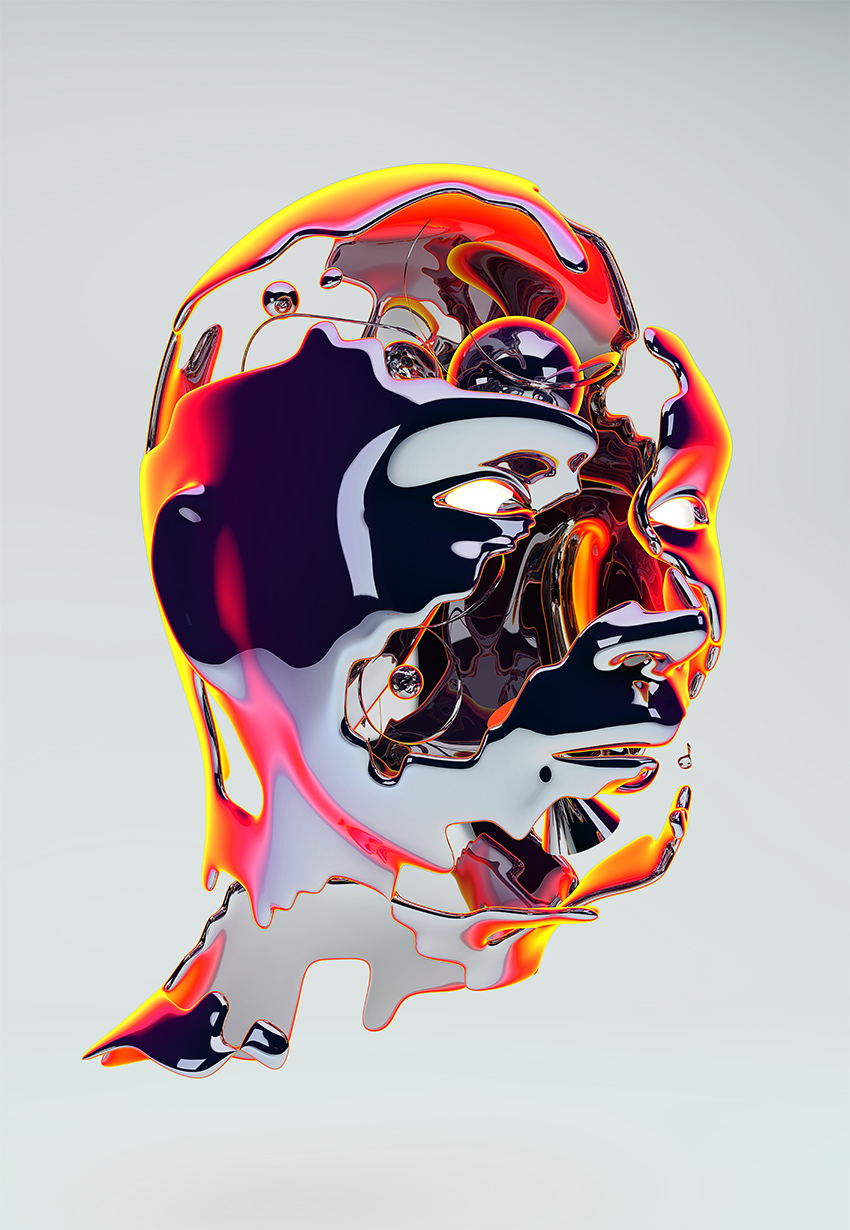 Contextually it’s pivotal, an artistic exploration of the metaphysical, developed in the digital; all rhymes aside, Los Angeles based artist Anthony Gargasz,‘s new collection ‘Metallic Faces’ simply cannot be ignored for these three reasons.
Fifteen years ago there was no such thing as ‘Photoshop art’. The thought that art could be generated on computers would have made traditionalists cringe.
However, what Anthony has managed to achieve by using his background in digital design is breathtaking and its art in the finest sense of the word.
His work is far more than simply ‘generated’, instead it’s an array of elaborate details carefully constructed, layer upon layer to create clean and unique imagery.
Anthony follows the exact same artistic progression as somebody who paints, sculpts or draws yet the main point of difference is that his tools are a keyboard, mouse and drawing tablet. 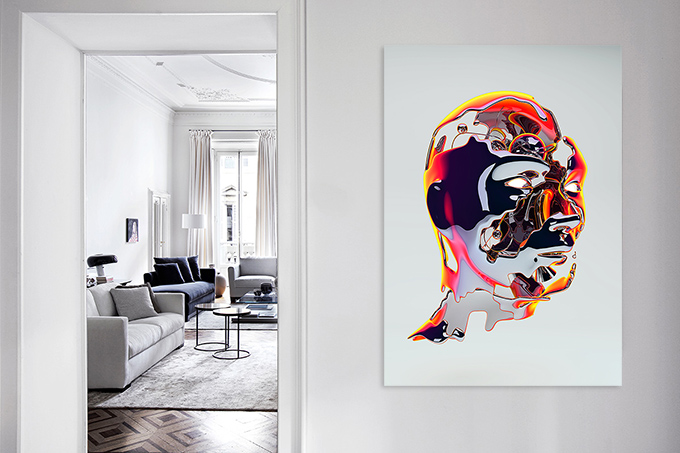 Essentially it’s digital collaging and in the same way architects and other designers are moving into the technological age, so are artists. This is why Anthony’s work holds such contextual importance because he is using such a widely spread platform in a unique manner to create beautiful one-of-a-kind pieces.
It’s a process which has allowed him to collaborate with the likes of Paramount Pictures, VH1, Sony Pictures and Nickelodeon; designing key art.
His work does what good art should do, it takes familiarity and makes you question it. In relation to ‘metallic faces’ he uses the familiar organic form of the human head, giving it mechanical and architectural qualities.
There is a real juxtaposition of the familiar and unfamiliar in this collection. In one sense the overall form is clearly a human face yet then you begin to question if it really is as you study all the small details that hold similar properties to a luxury car design, e.g. liquid fluidity and metallic solidity.
In many ways these pieces are on a similar frequency to Joseph Kosinski’s 2010 remake of the 1982 hit ‘Tron’. Kosinski used objects people would be familiar with, however repurposed them, gave them digital qualities and this in turn forced the viewer to consider what life could be like in the not too distant future. 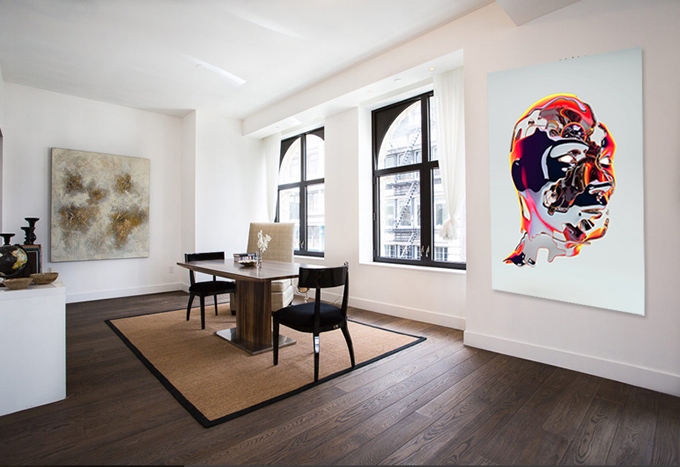 Anthony Gargasz has done exactly this by repurposing the human face and giving it digital qualities.
Another unique aspect of Anthony’s work is the movement each piece seems to have, despite it being a still print. Each individual element meticulously flows into another through a variance of colours, shadows and tones; as to suggest some sort of motion far beyond being passive.
It’s more than just a series of conversation pieces, in fact each piece appears to be having an internal conversation with itself. How each element comes together and blends strikes a chord with the way music is composed or some sort of digital brain-storming process. 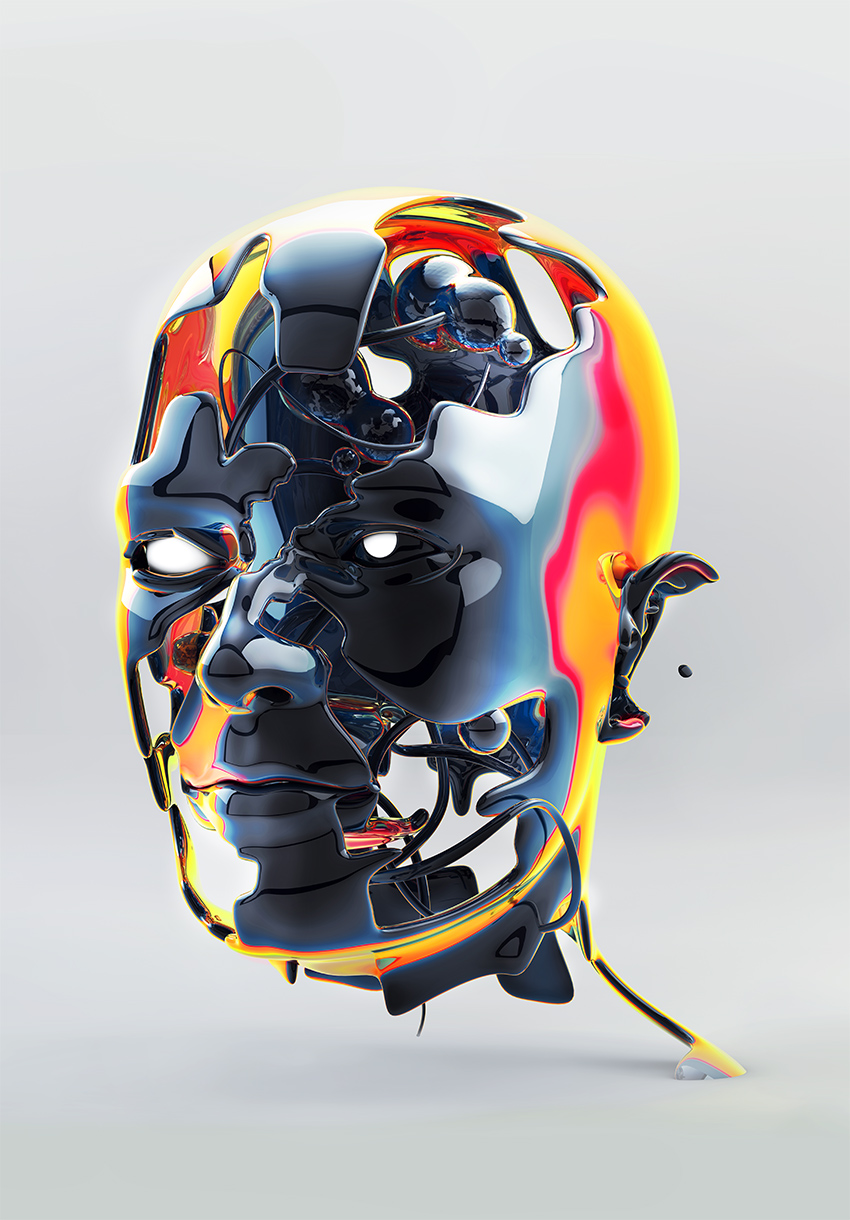 Is this collection the story of a bionic man? Is it some sort of futuristic exploration? Perhaps it’s a representation of how complex the human form is, either way the beauty is in looking at each piece and trying to decipher its true intention for yourself. 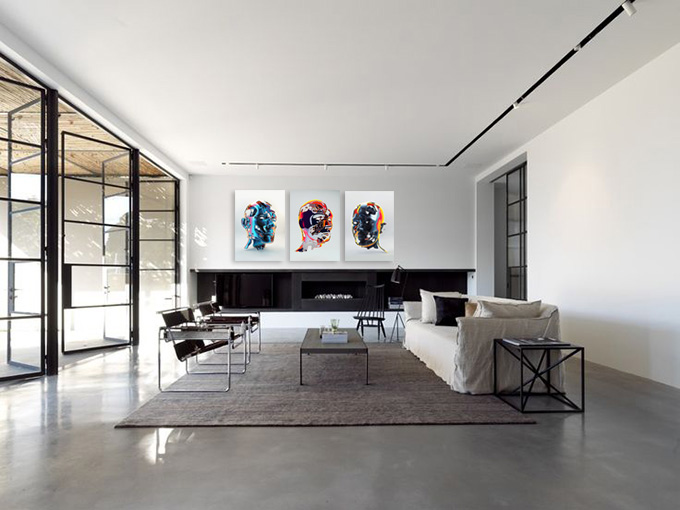 Anthony Gargasz has well and truly found his way onto the list of The Cool Hunters favourite artists and has been commissioned to complete three very impressive prints. Purchase from our online store here – David Mousa. 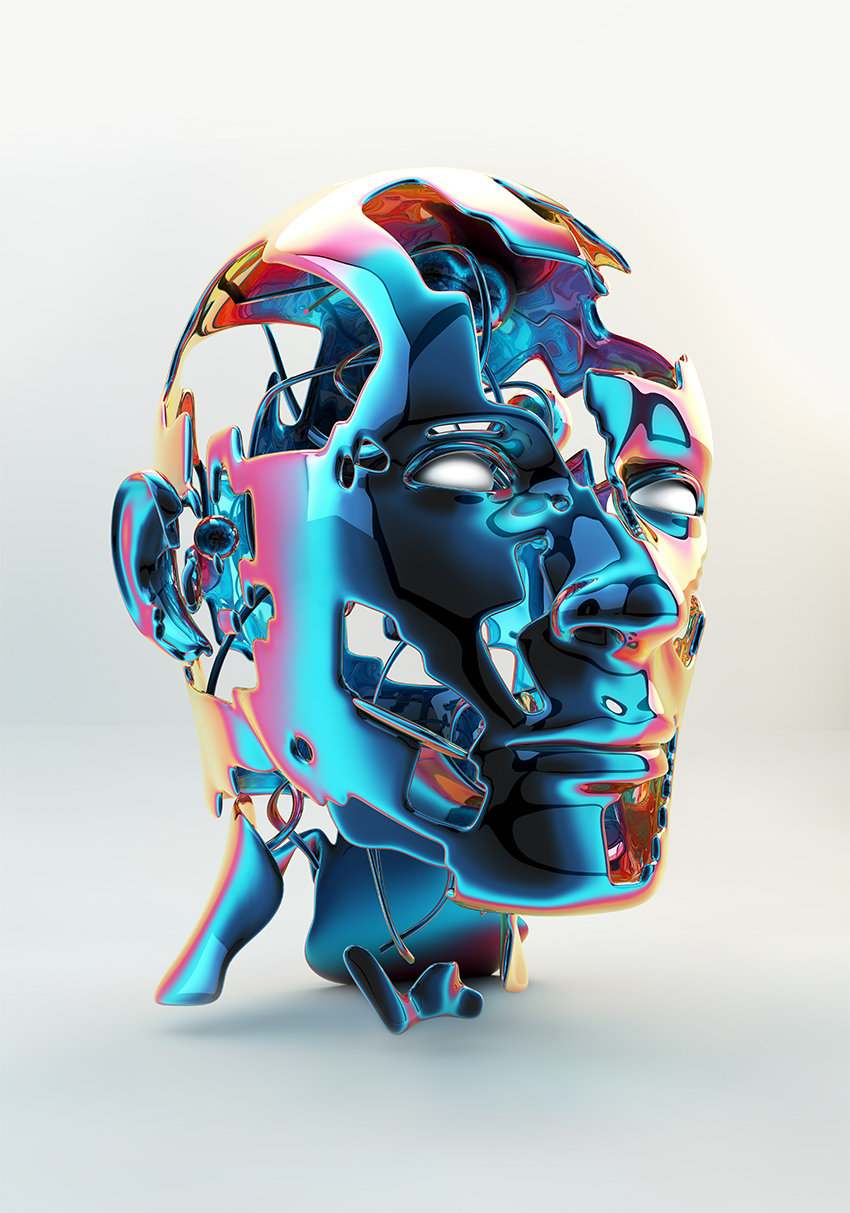 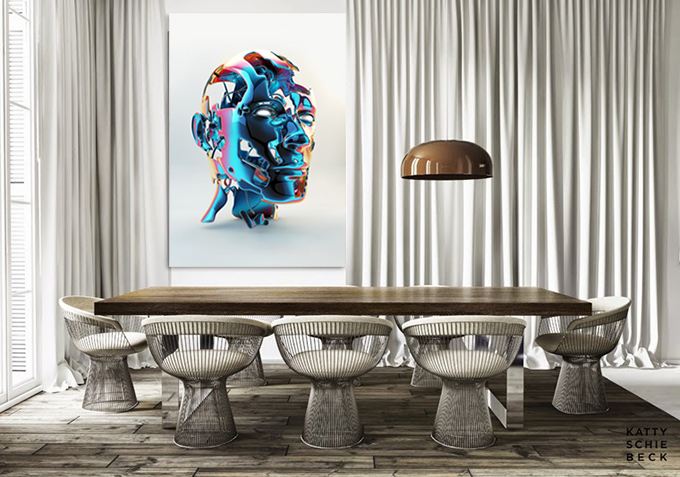