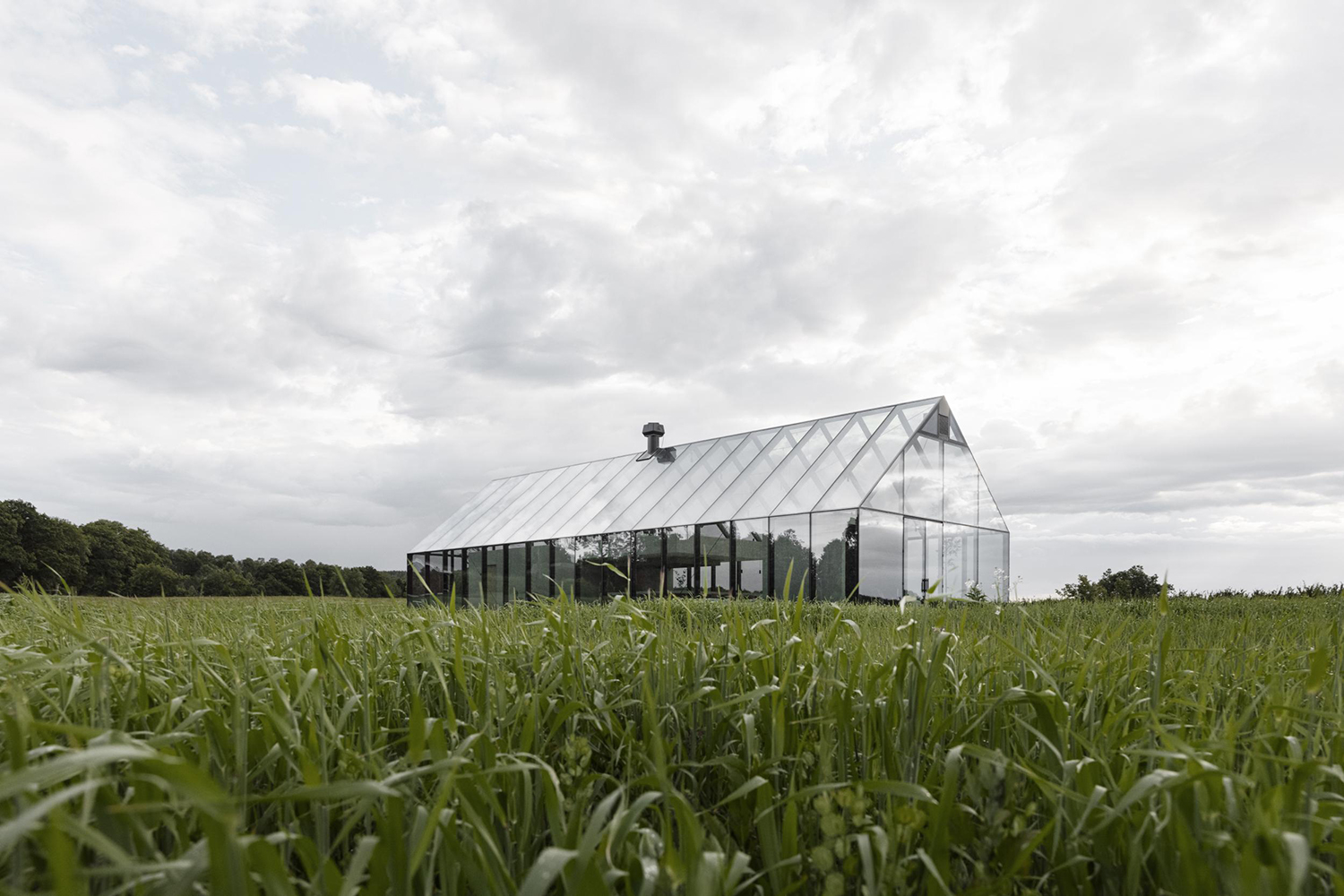 Rehousing their Michelin-starred restaurant Äng into a starkly minimalist glasshouse is the latest development at Ästad Vingård winery . The owners, the Carlsson siblings, continue to tick off all the correct trend boxes at their winery in southwestern Sweden. 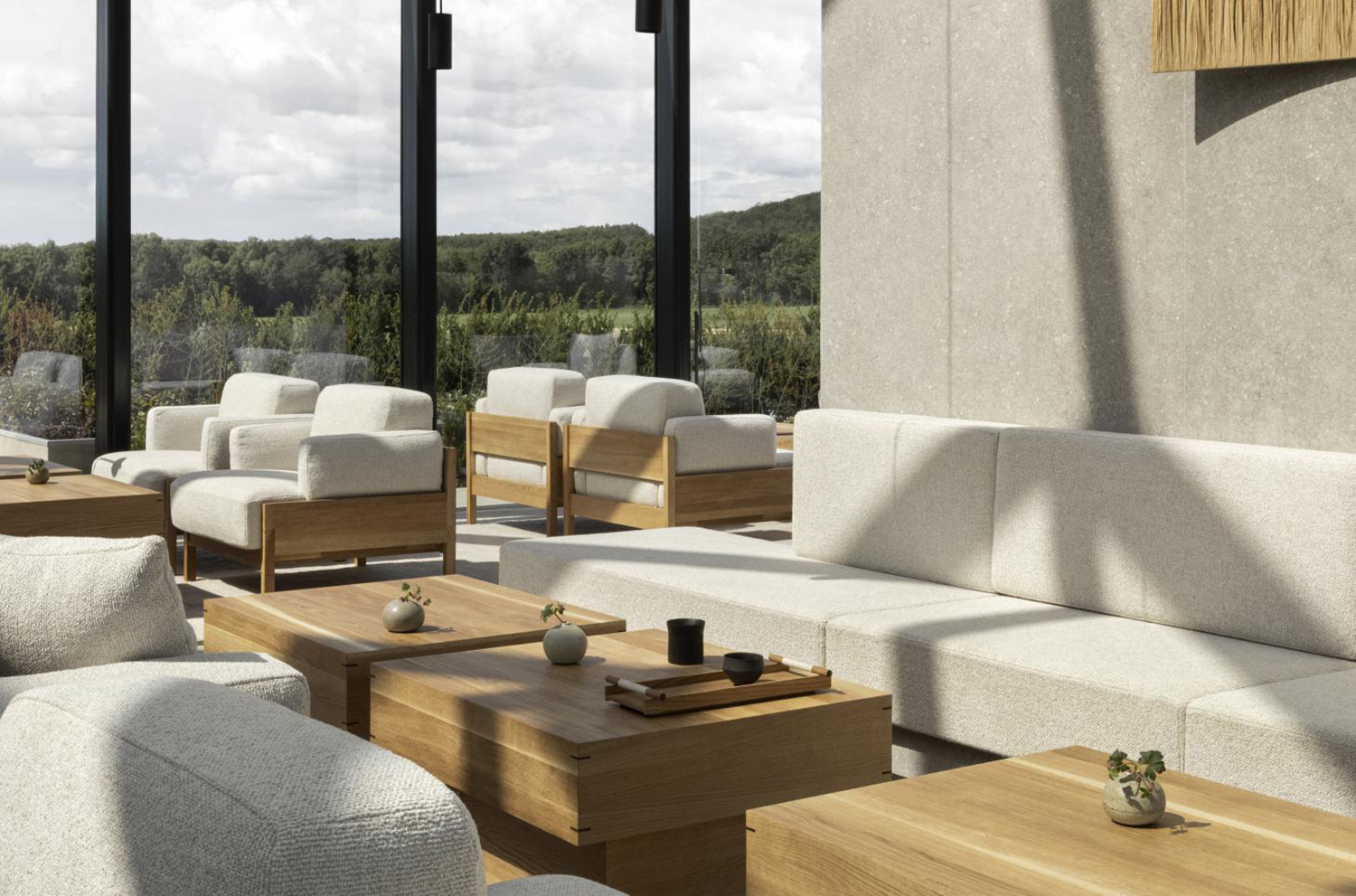 Yes, a winery in Sweden. In fact, there are more than 40 wineries in the Scandinavian country and at five hectares (about 12.5 acres), Ästad is one of the largest. But even it sells its wines only on-site at the moment, chiefly because the state-owned and -operated Systembolaget holds the country’s strict alcohol-selling monopoly. 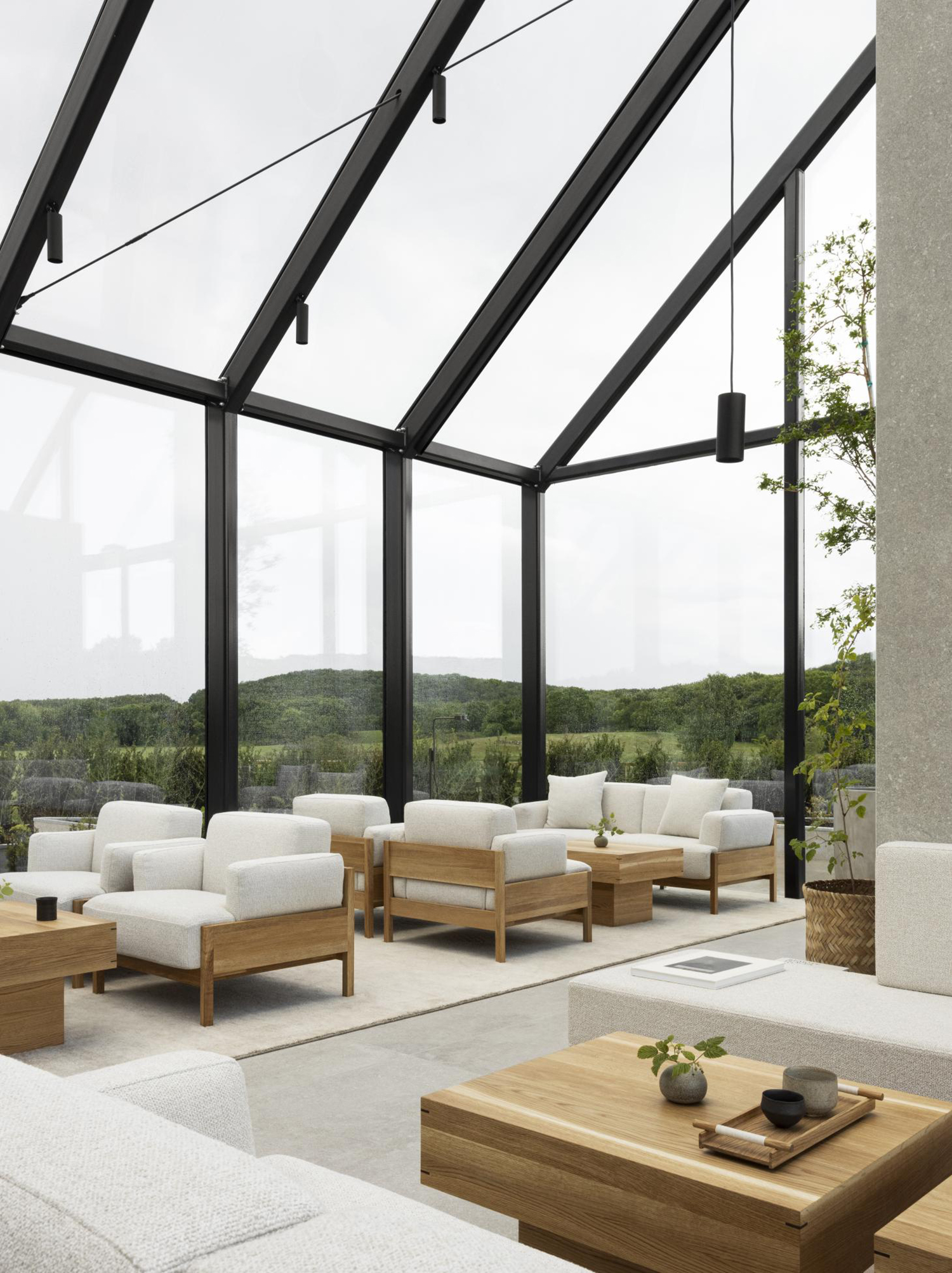 But back to the trends at the Ästad estate. Daniel Carlsson and his siblings, Linda Persson and Mattias Glamheden, all with their families, are the third generation of Carlssons on the farm. It started as a traditional farm, was transferred into an organic dairy farm by their parents, Rolf and Ann-Catrine Carlsson, and since 2009, part of the estate has been developed into an organic winery, spa and restaurant. 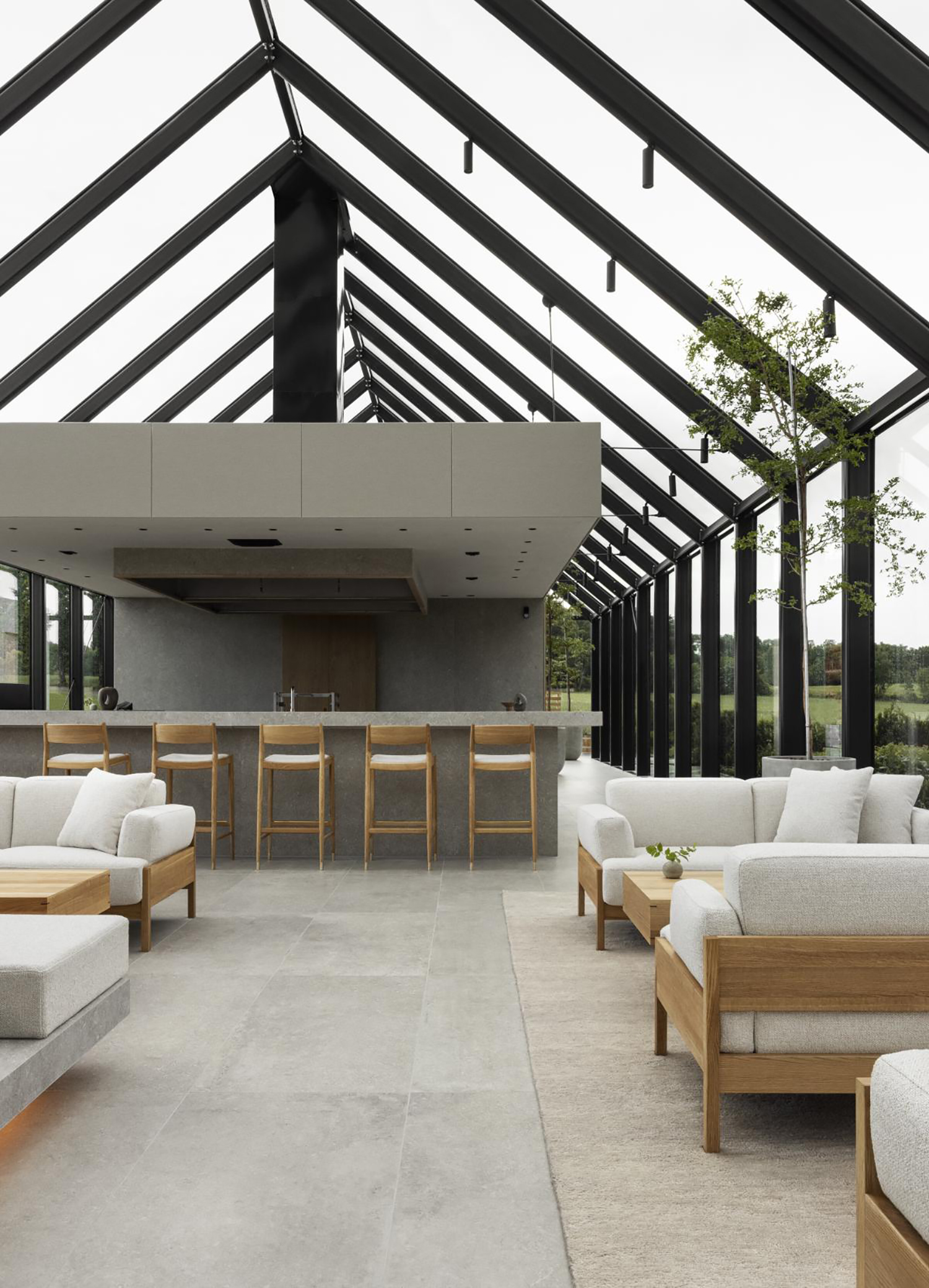 So, trendwise, we are already ticking off second-generation organic farming, organic wine, winery as a destination, and winery as a wellness destination connected to other attractions, such as a spa and conference facilities, that draw the modern, affluent clientele. 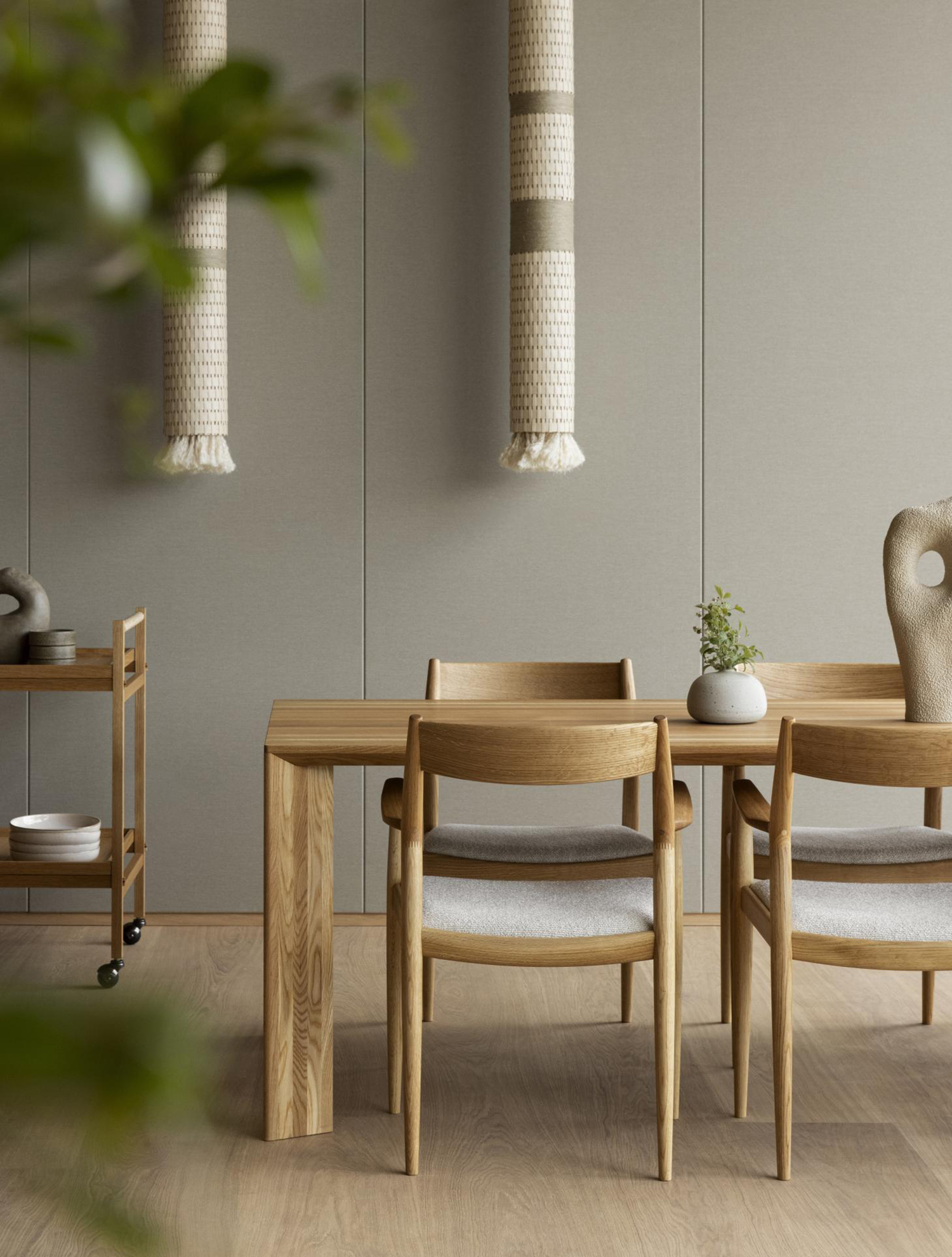 The Äng restaurant’s first iteration was an upscale, experimental add-on to an on-site bistro. By 2021 Äng (Swedish for meadow or field)  had earned its first Michelin star and was starting to really attract attention. So, as a natural progression of estate’s continuing development, Daniel Carlsson felt it was time to give the restaurant a place that fit the bill. 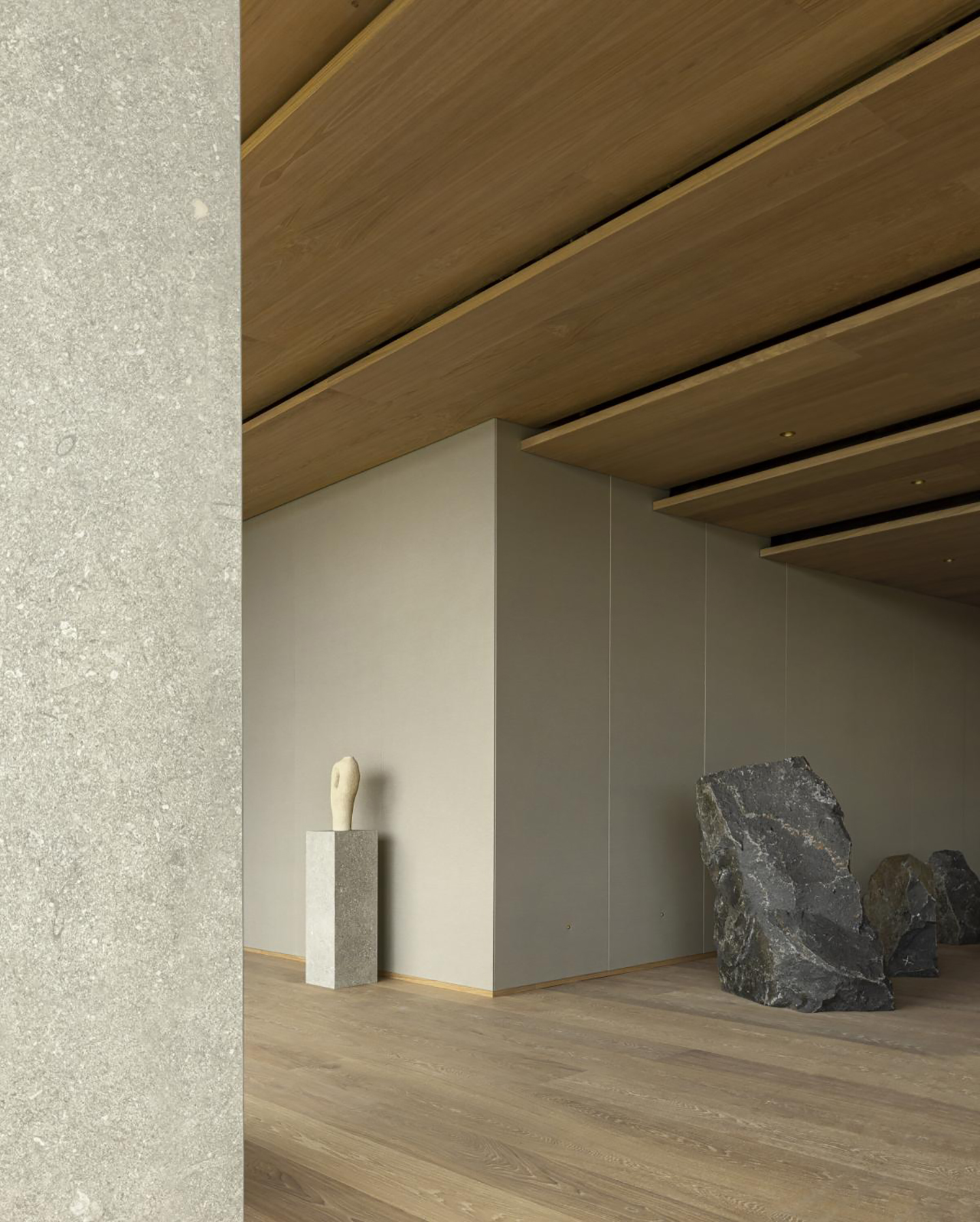 Daniel’s vision and design for the new home of Äng focuses on the views, which is why a multi-level glasshouse is, in a way, an obvious, solution, although an unusual one. The ground level of the unassuming glasshouse includes a bar, a lounge and a small kitchen. The below-ground level includes a windowless wine cellar, another lounge and a large , natural light-filled dining room. The lower level is built into the sloping hill and opens up to the expansive views of the pond, lakes and beech forests of the Åkulla nature reserve in Halland. 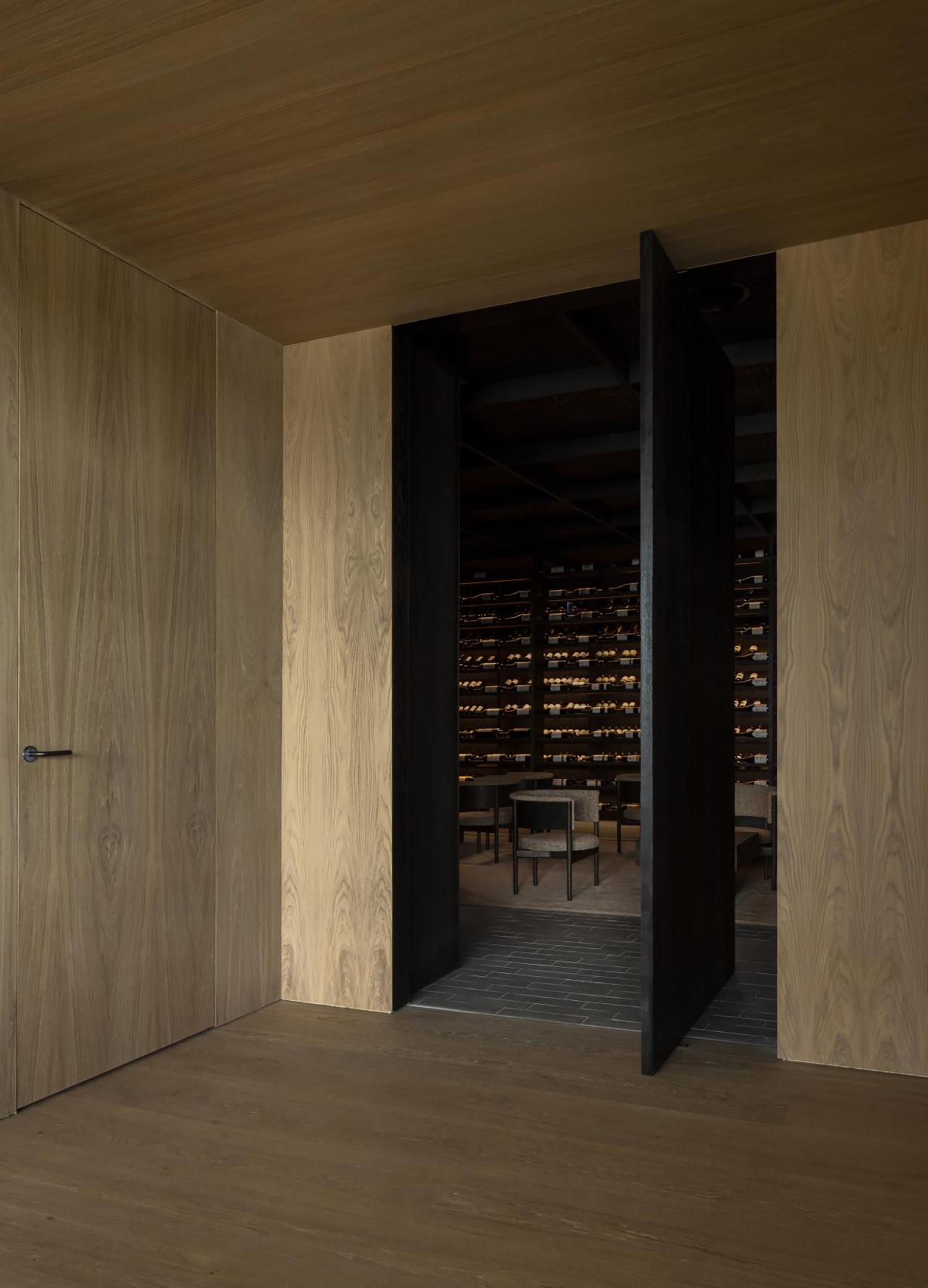 Ticking off further trend boxes, the restaurant offers a 17-course tasting menu that varies based on what is locally available, some of it on the estate, and in season. And it all is, of course, paired with the estate’s wines, currently mainly sparkling and white wines from the Solaris grape. 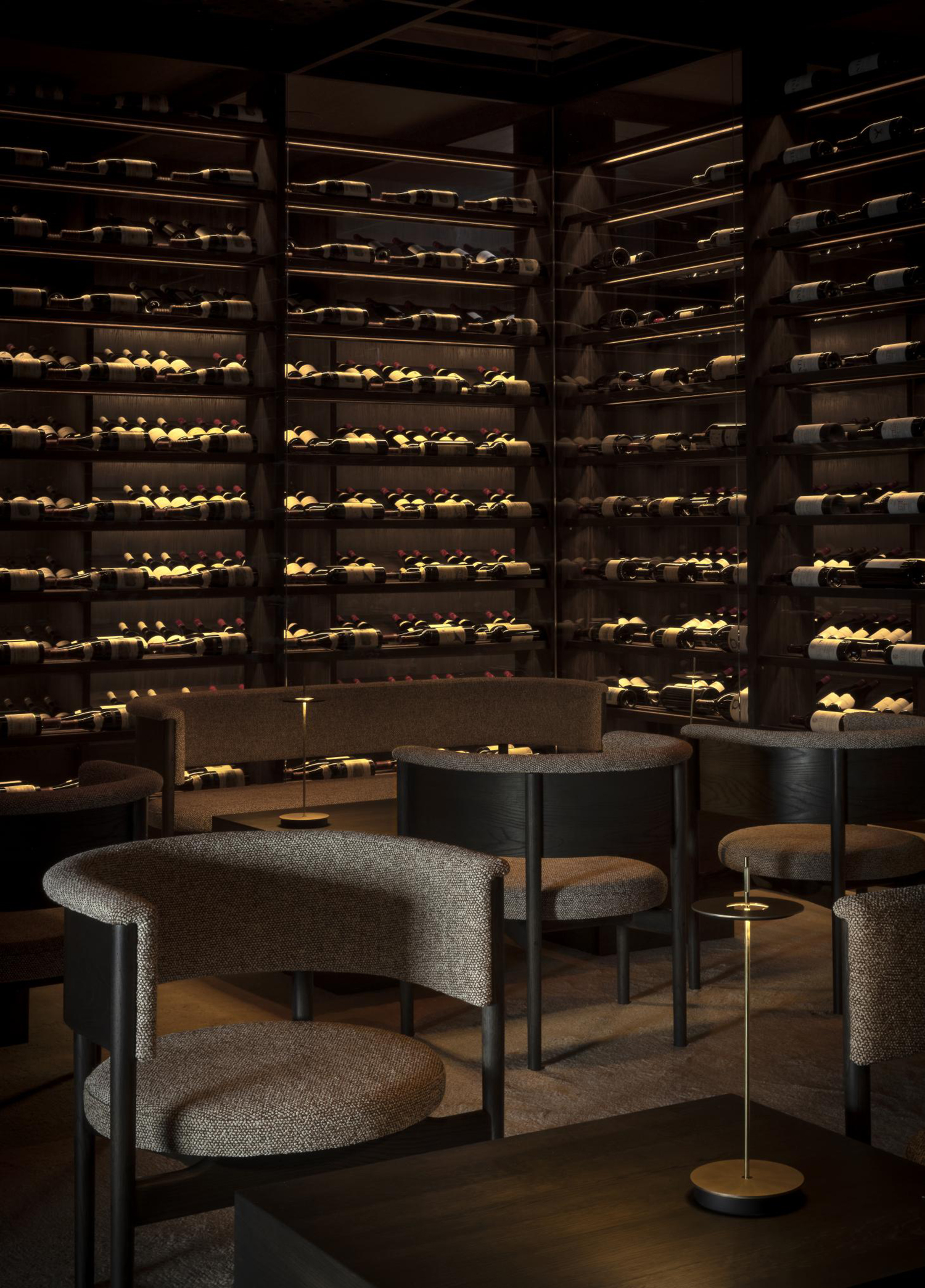 Further trend points are given for the furniture that Daniel selected to use for the project. He was initially drawn to the minimalism of the Japanese wooden-furniture manufacturer Karimoku’s N-DCo1 dining chair that is part of the company’s Case Studies series and was designed by Copenhagen-based Norm Architects together with Tokyo-based Studio Keiji. 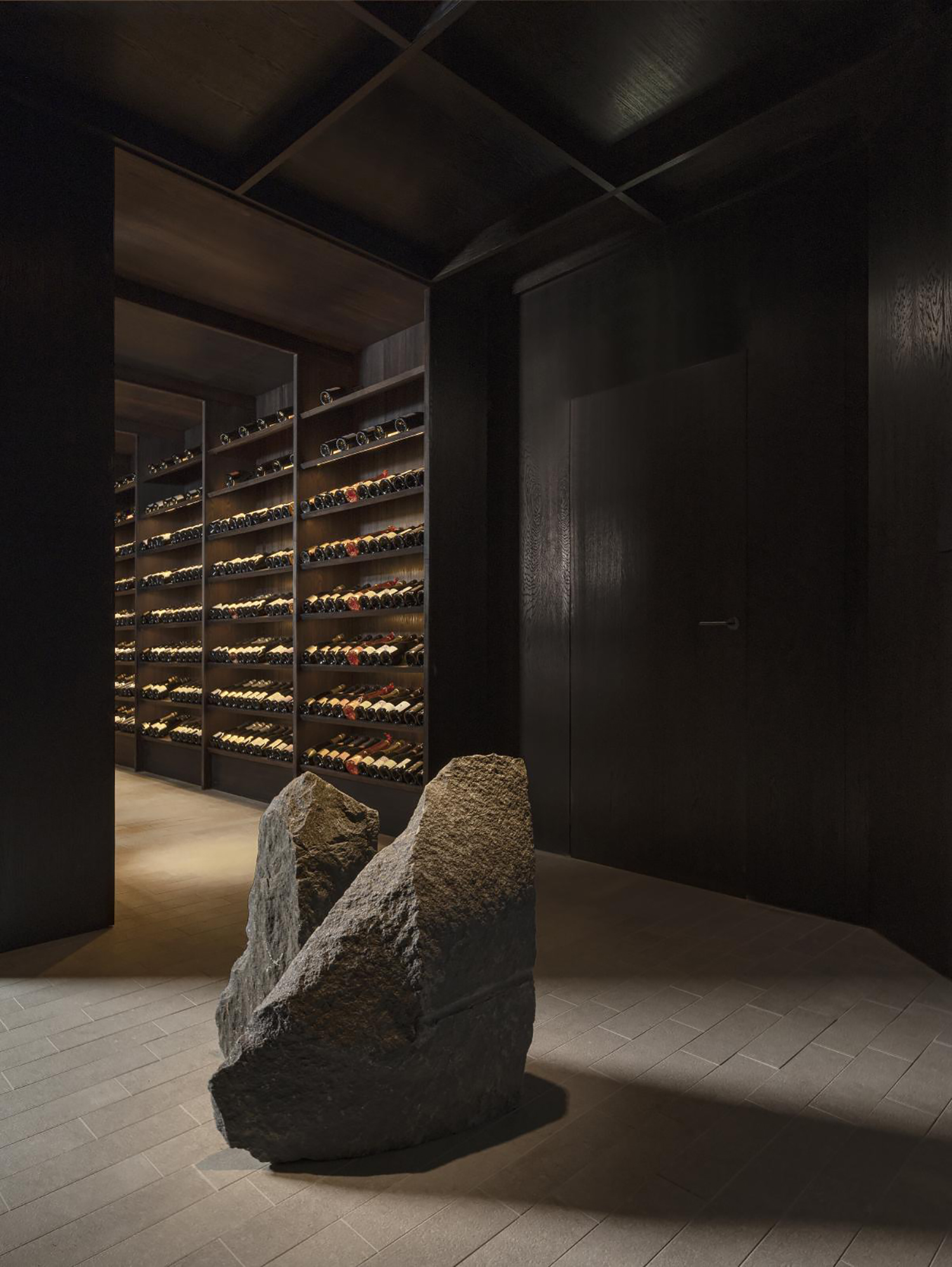 This initial contact led to all of the players collaborating and creating new and potentially permanent pieces for the Case Study collection. In the end, Norm ended up handling the entire interior fit-out of the project with Daniel Carlsson. They adjusted the material palette, proportions and tones of several existing Case Study pieces. 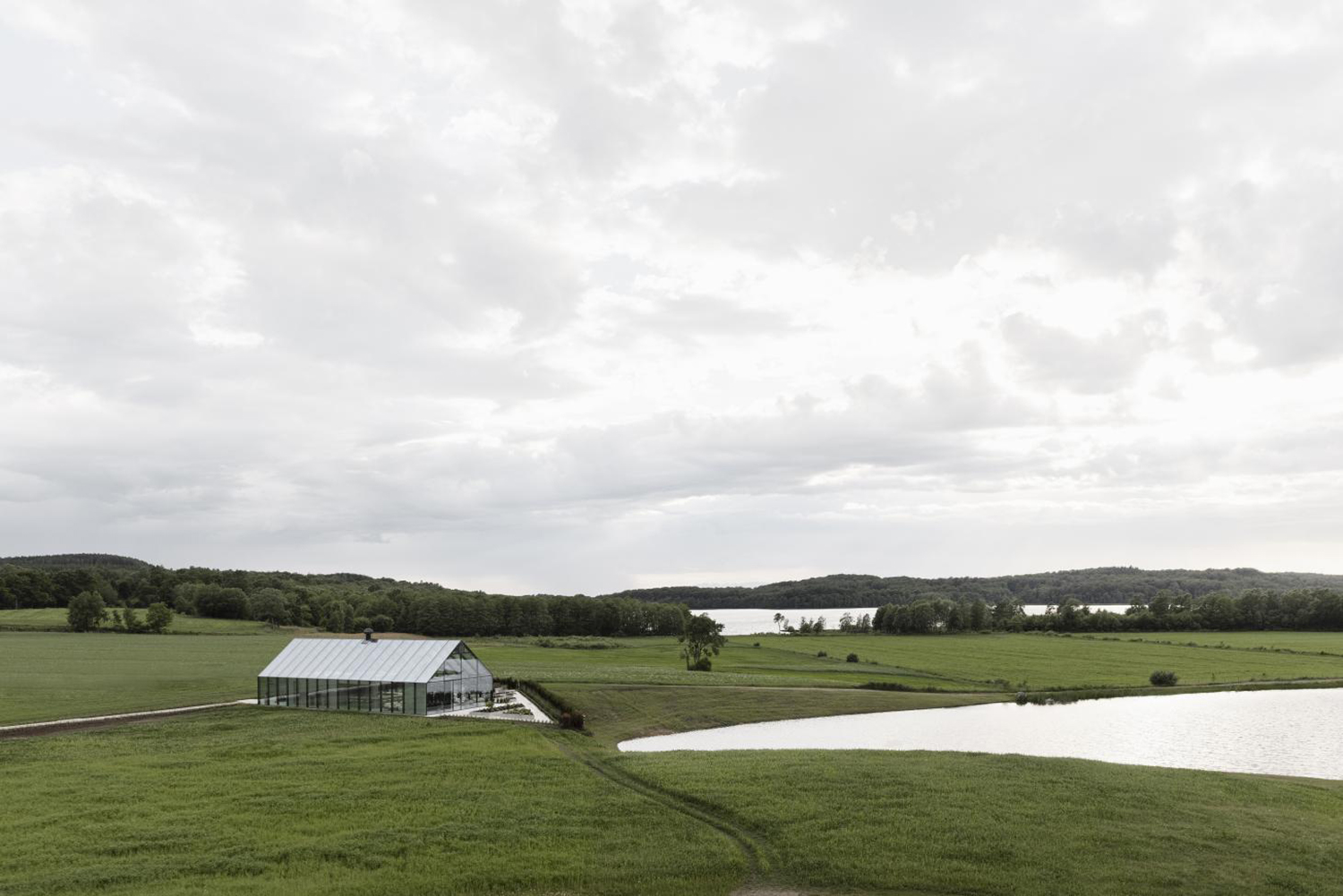 These include the Norm’s N-CCo1 club chair that was transformed into a love seat for the cellar lounge, while the A-So1 two-seater sofa has been down-sized and the N-STo2 table increased in size to become a dining table. New items for the project include a serving trolley and a small table. 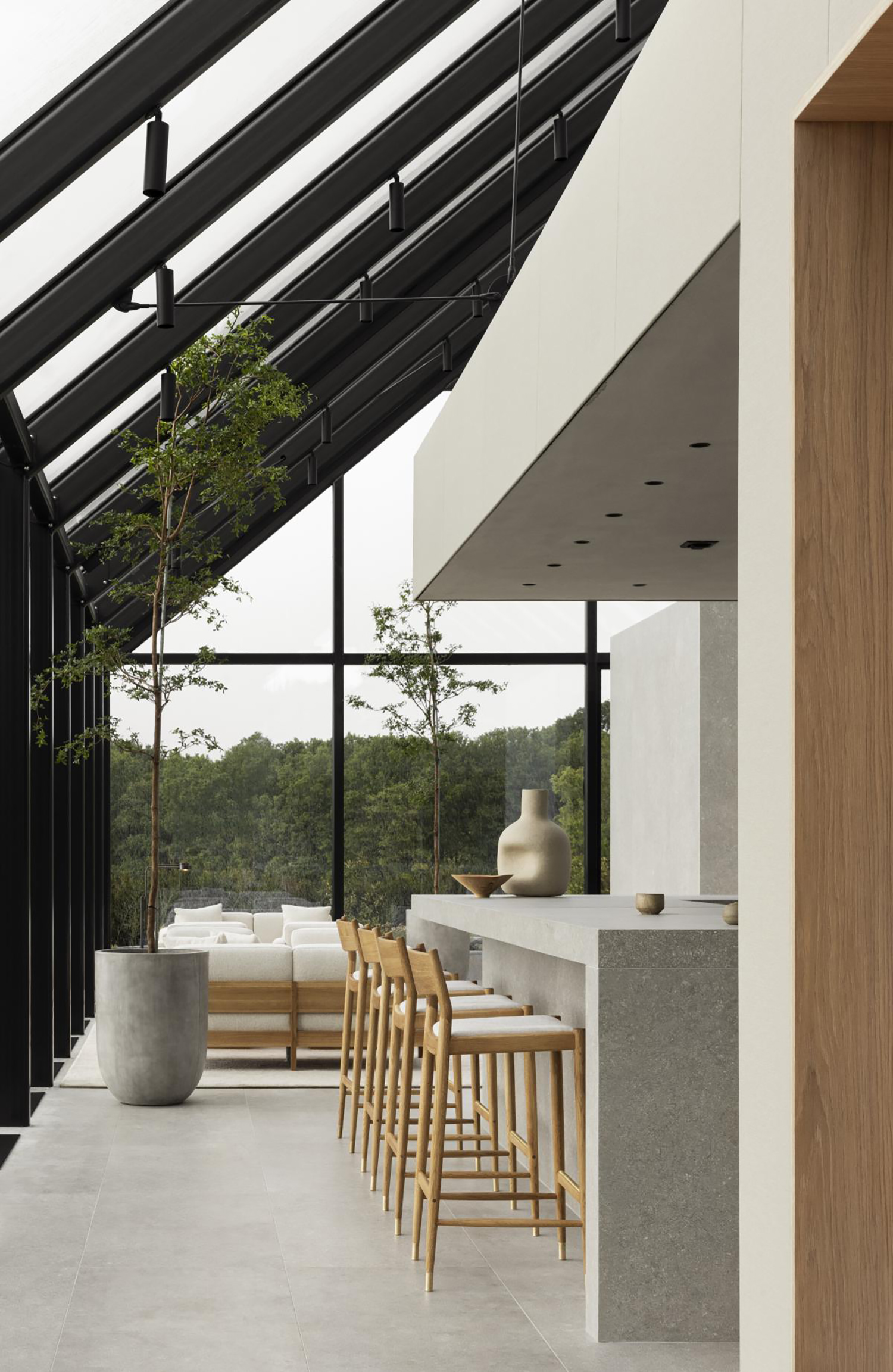 What is best about the Ästad Vingård and Äng is not all of the trend boxes that have been ticked off but the sincerity and uncompromising passion with which the owners pour their energies into this unlikely wine yard. And the future looks bright as the fourth generation of Carlssons is already involved in the business. Tuija Seipell 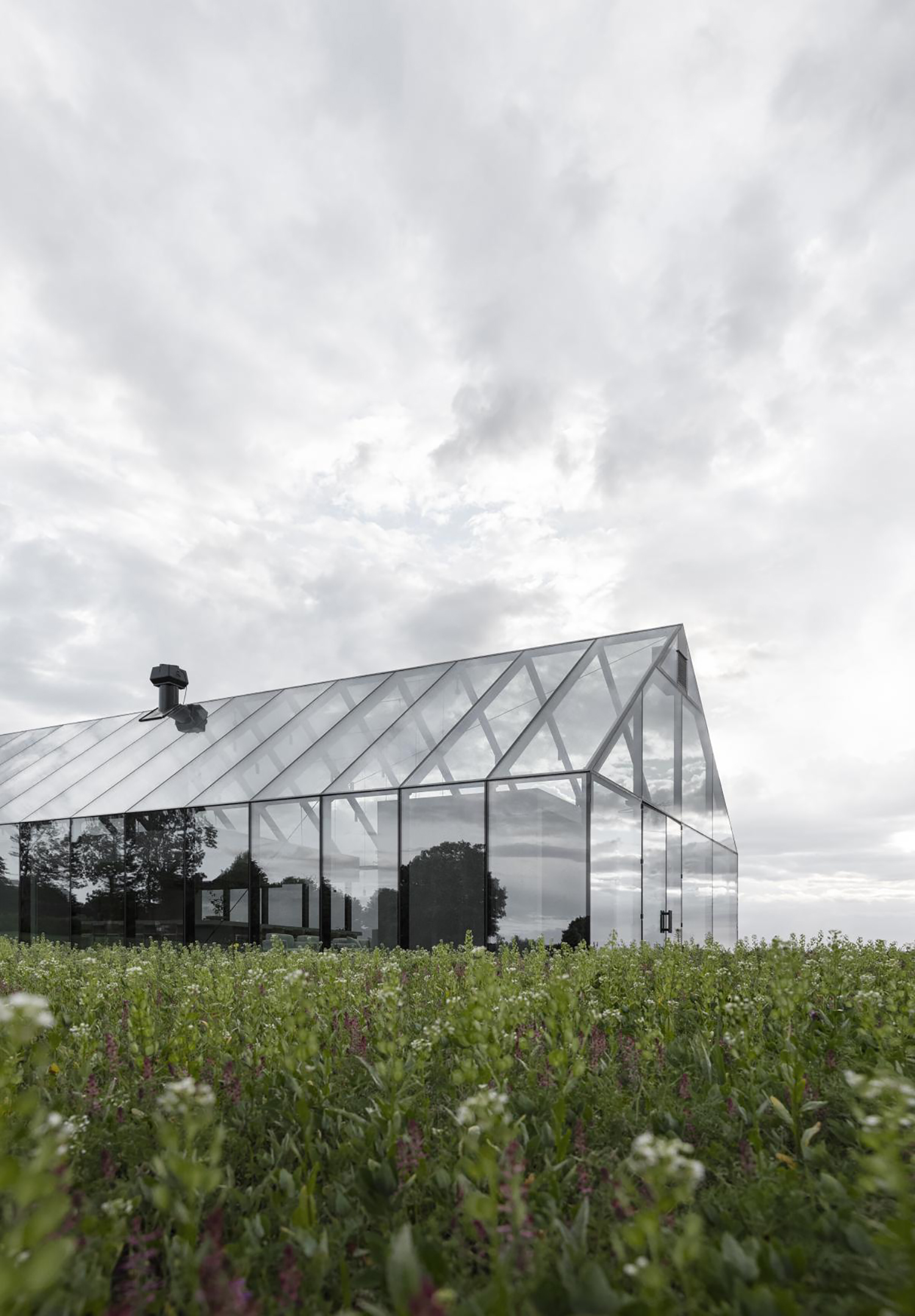