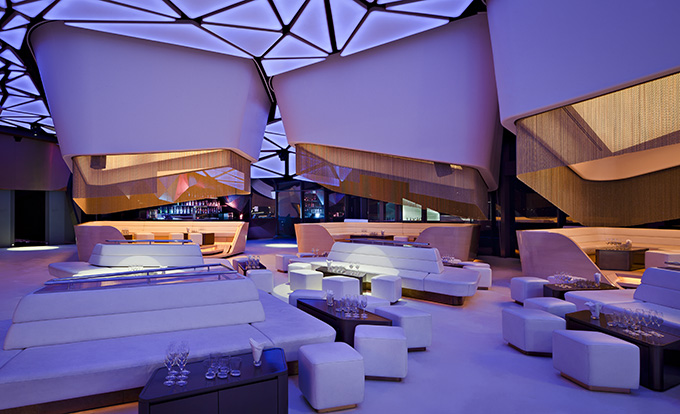 Standing out in Abu Dhabi takes more than clever gimmicks. Among the opulence of luxury hotels, lavish restaurants and all other forms of pampering and spectacular entertainment – including Ferrari World and a few breathtaking golf clubs – being merely great is nowhere near enough. 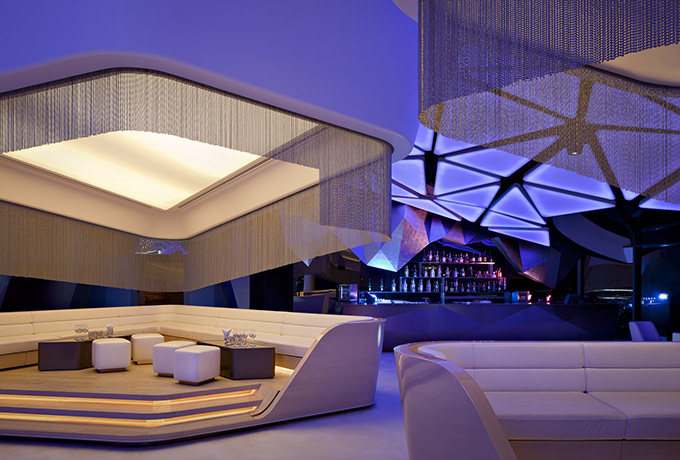 The legendary Cipriani Group is one of the brave enterprises that has recently entered the competition for the attentions of the demanding super-elite clientele. 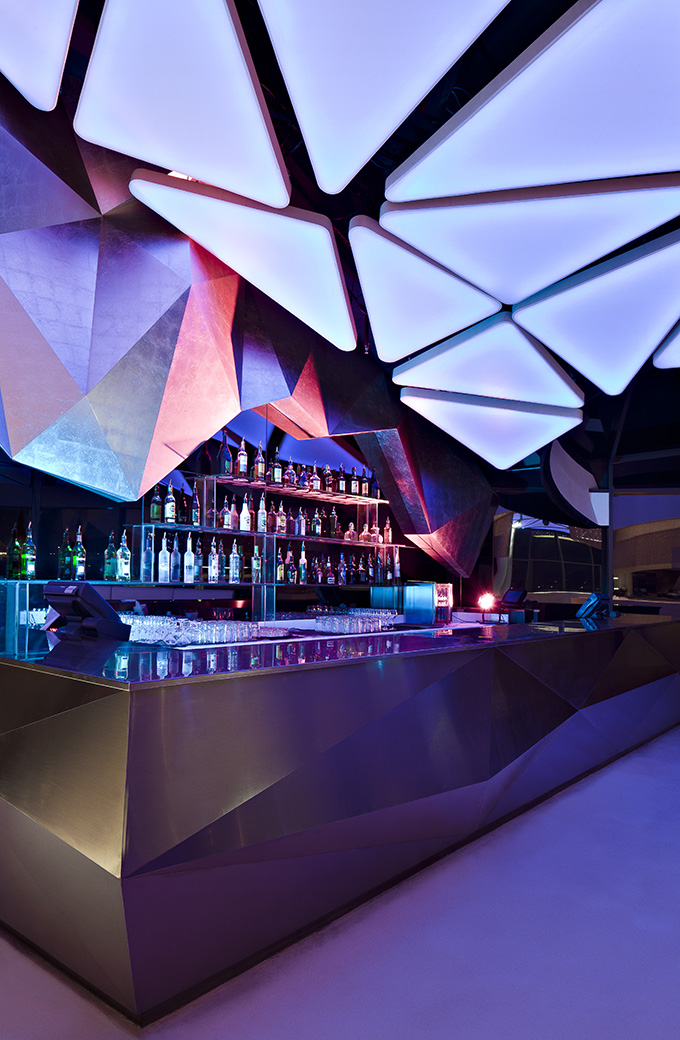 Cipriani’s nightclub, Allure, at the Yas Island Yacht Club on Yas Island, has a few features that warrant at least one extra bat of even the most worldly of eyelashes. 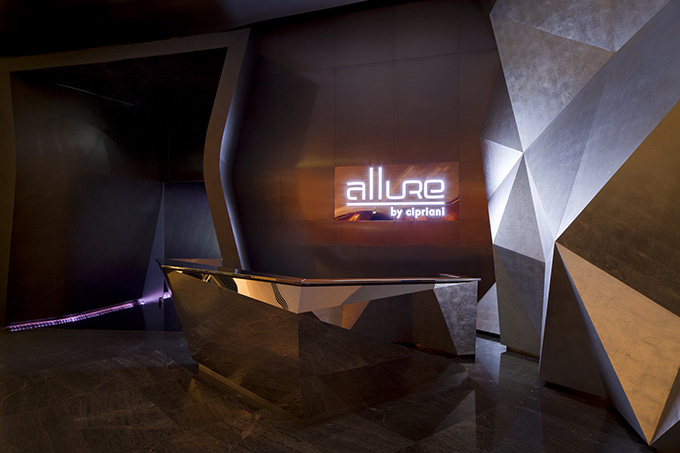 The night club’s location is one such feature. Allure overlooks the water and extravagant super yachts of the Yacht Club. It is also connected by a bridge to magnificent five-star The Yas Hotel. But the most amazing part of the nightclub is the view. What you see from its balcony is a real Formula One™ race track.

Designed by Orbit Design Studio (Bangkok, London and Singapore), Allure is divided into The Main room adorned with gold leaf and bronze cladding, and The Terrace that overlooks the race track. 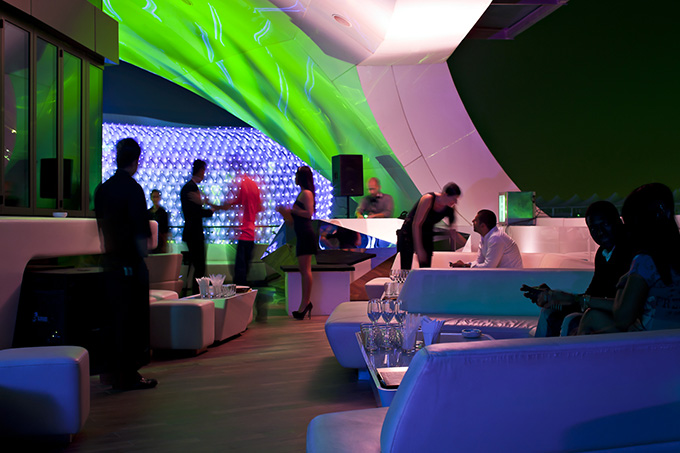 Orbit has also designed the Sound Phuket night club we’ve featured, the Bed Supperclub in Bangkok, and many other luxury bars, clubs and restaurants designers throughout Asia, the Middle East and Europe. – Tuija Seipell 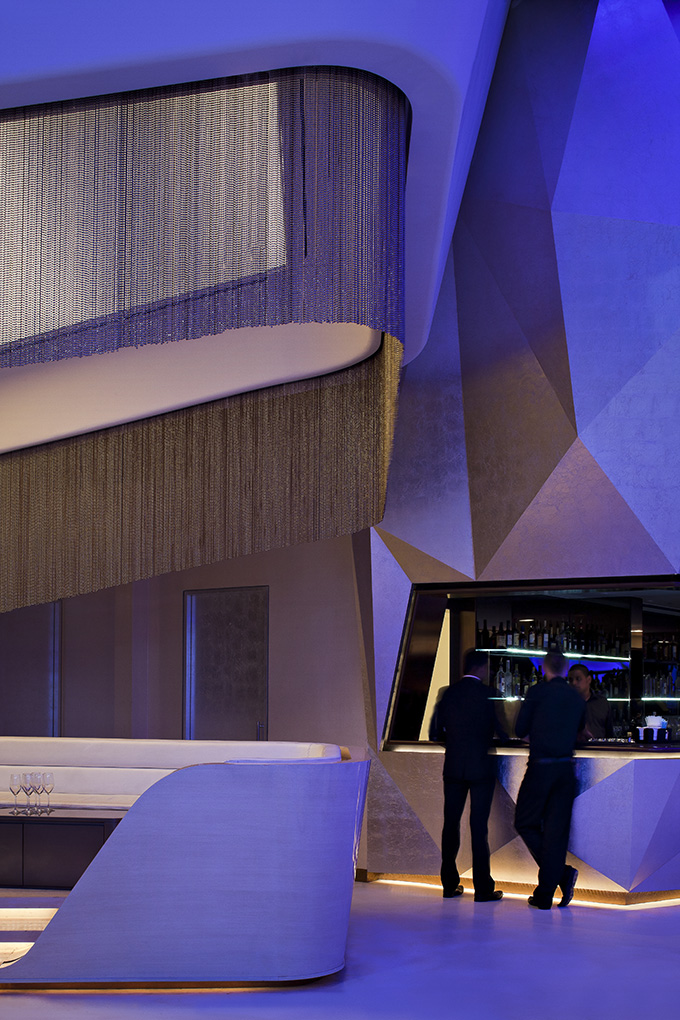 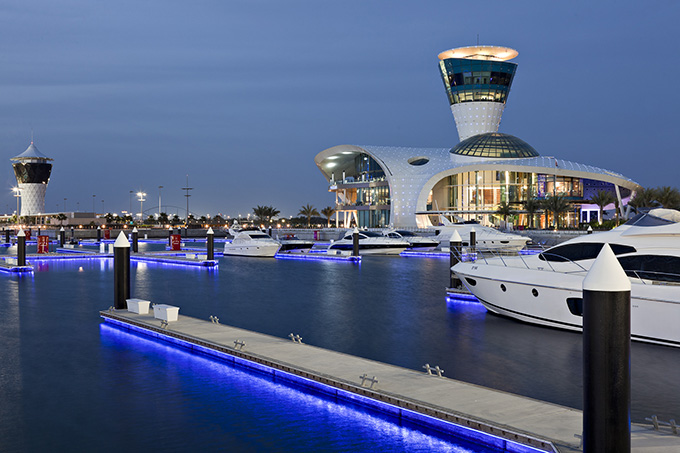