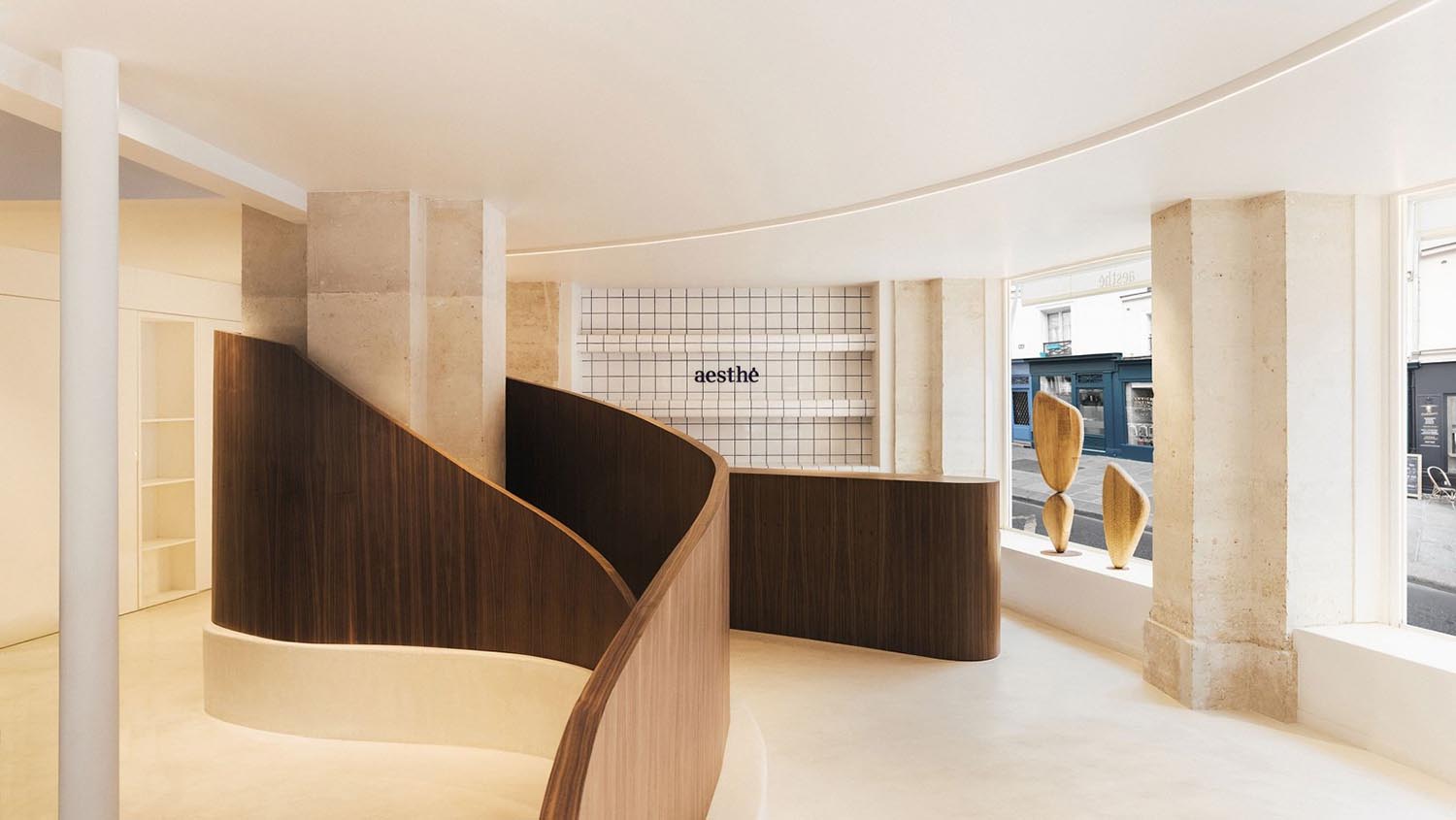 Aesthe is a Parisian aesthetic medical centre that is minimalist to the extreme yet it also exudes warm and inviting elegance. 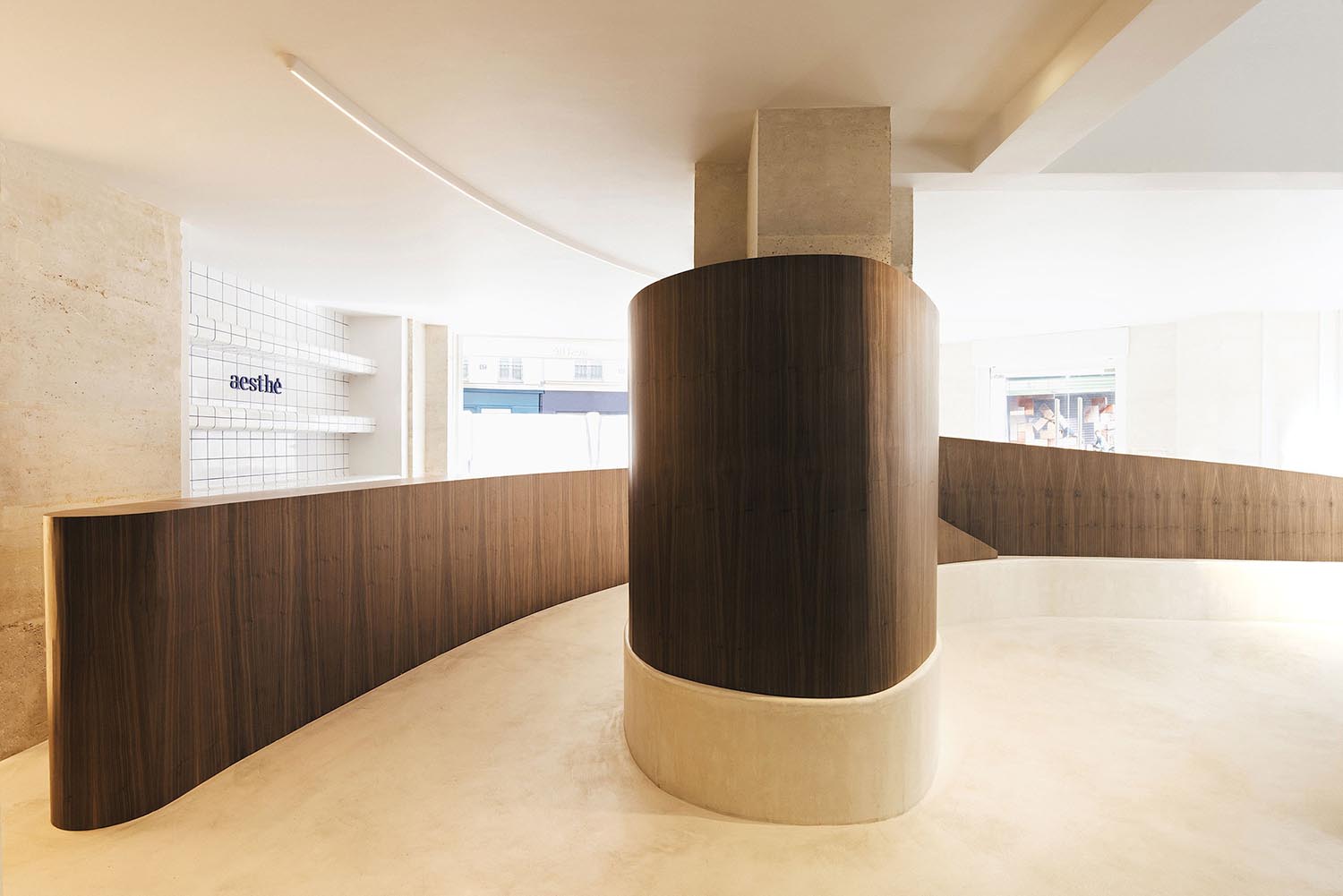 It is a fully custom-tailored project by architects Romain Freychet and Antoine Prax co-founders of Paris-based GRAMME. Aesthé was founded by CEO Anne-Charlotte Rousseau with Baptiste Lestienne and Arnaud Lambert in late 2021.

They took the imposing Hausmannian building as their starting point and consulted with Les Architectes des Bâtiments de France to ensure that the refurbishment met with the prevailing requirements. They then merged the traditional with the contemporary creating a startling environment where every part has a sculptural feel. 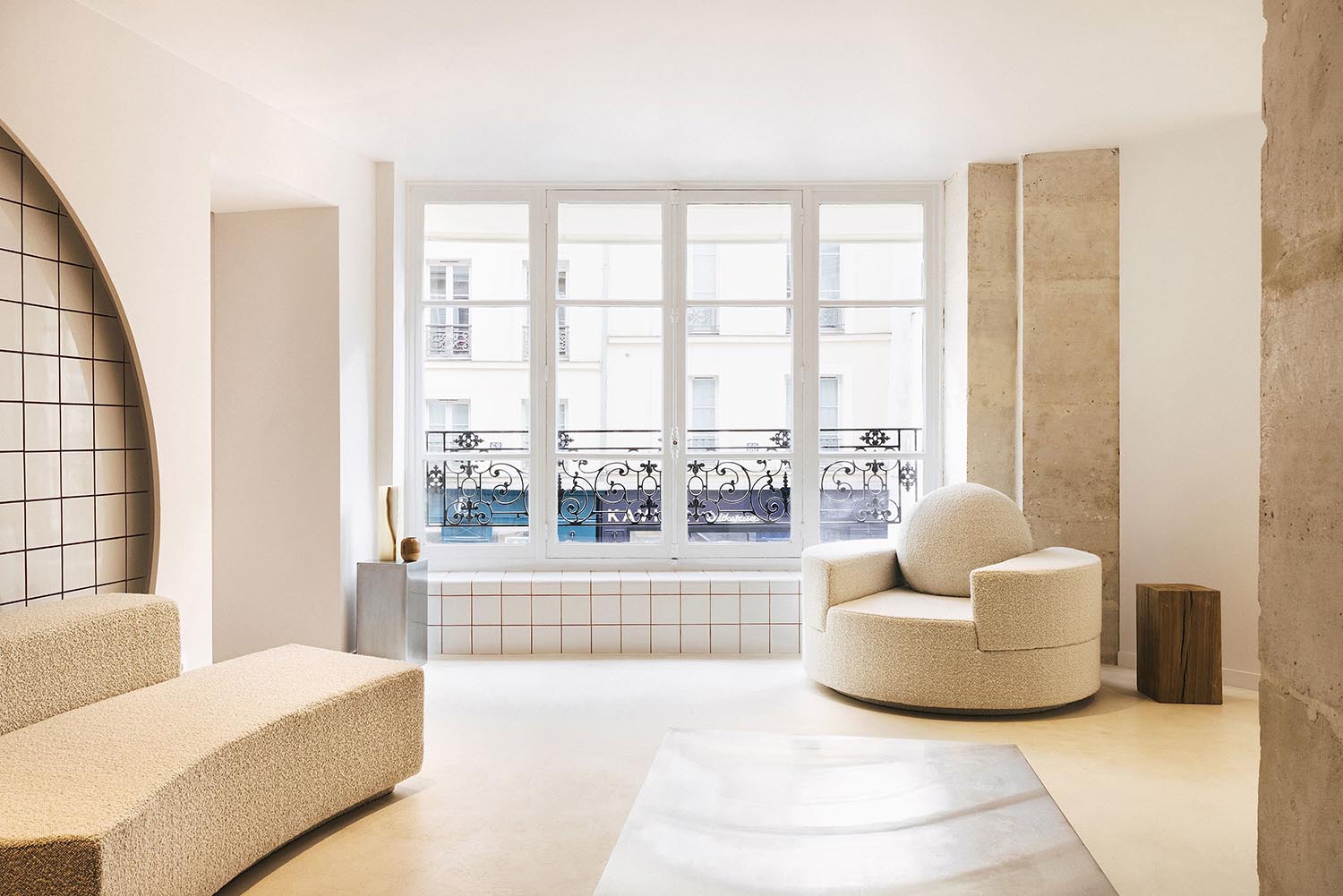 The stone pillars, exposed masonry and arches are all bathed in natural light coming through the uncovered windows. Impressive use of white and blue grids on glossy ceramic consoles and shelves creates the look of tiling and adds a subtle hint of colour. 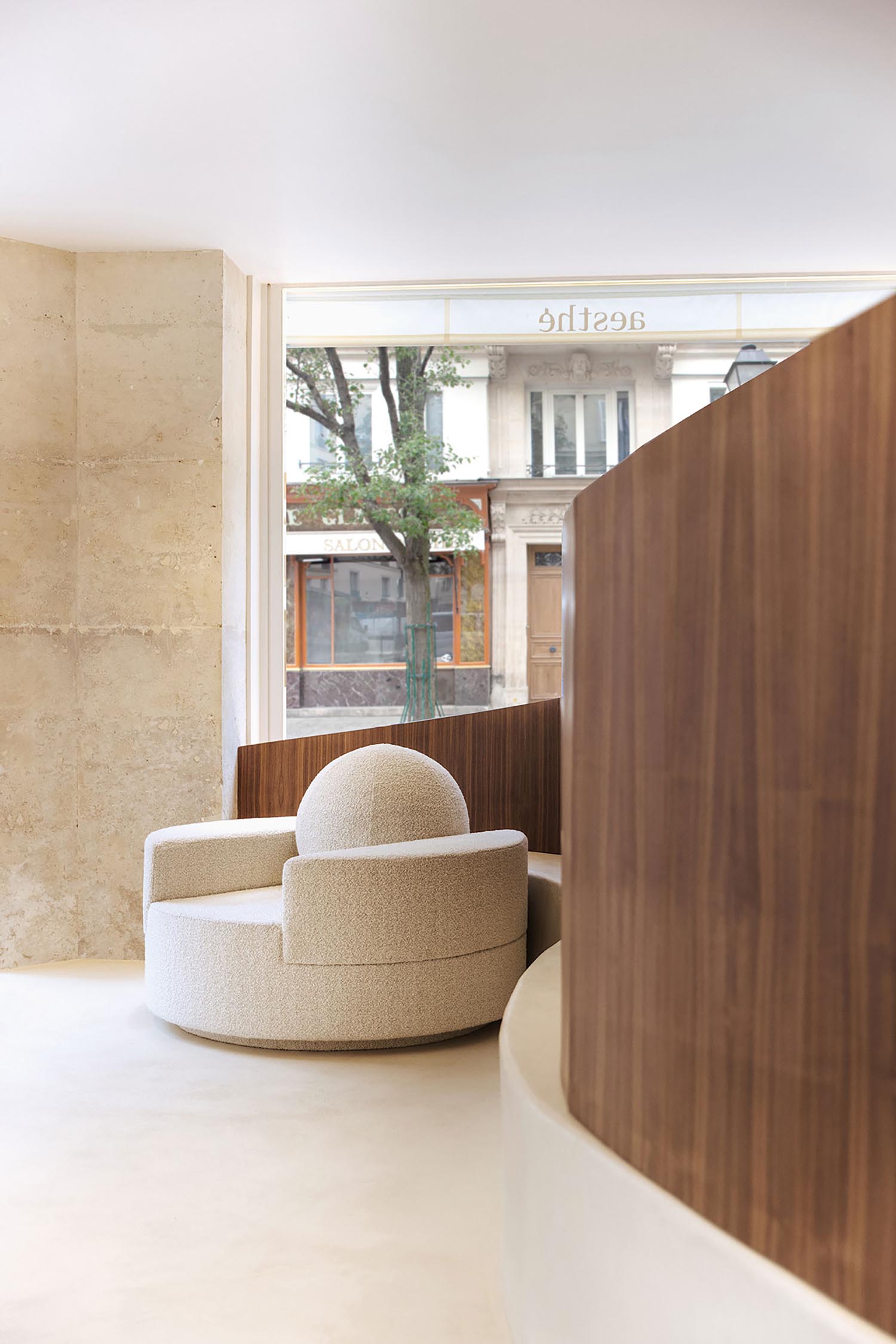 Everywhere on the three-level space, various areas are gently softened by curving walnut walls, rounded furniture upholstered in tactile bouclé fabrics, and arresting pieces of sculpture that draw the eye to a private niche or a specific corner. 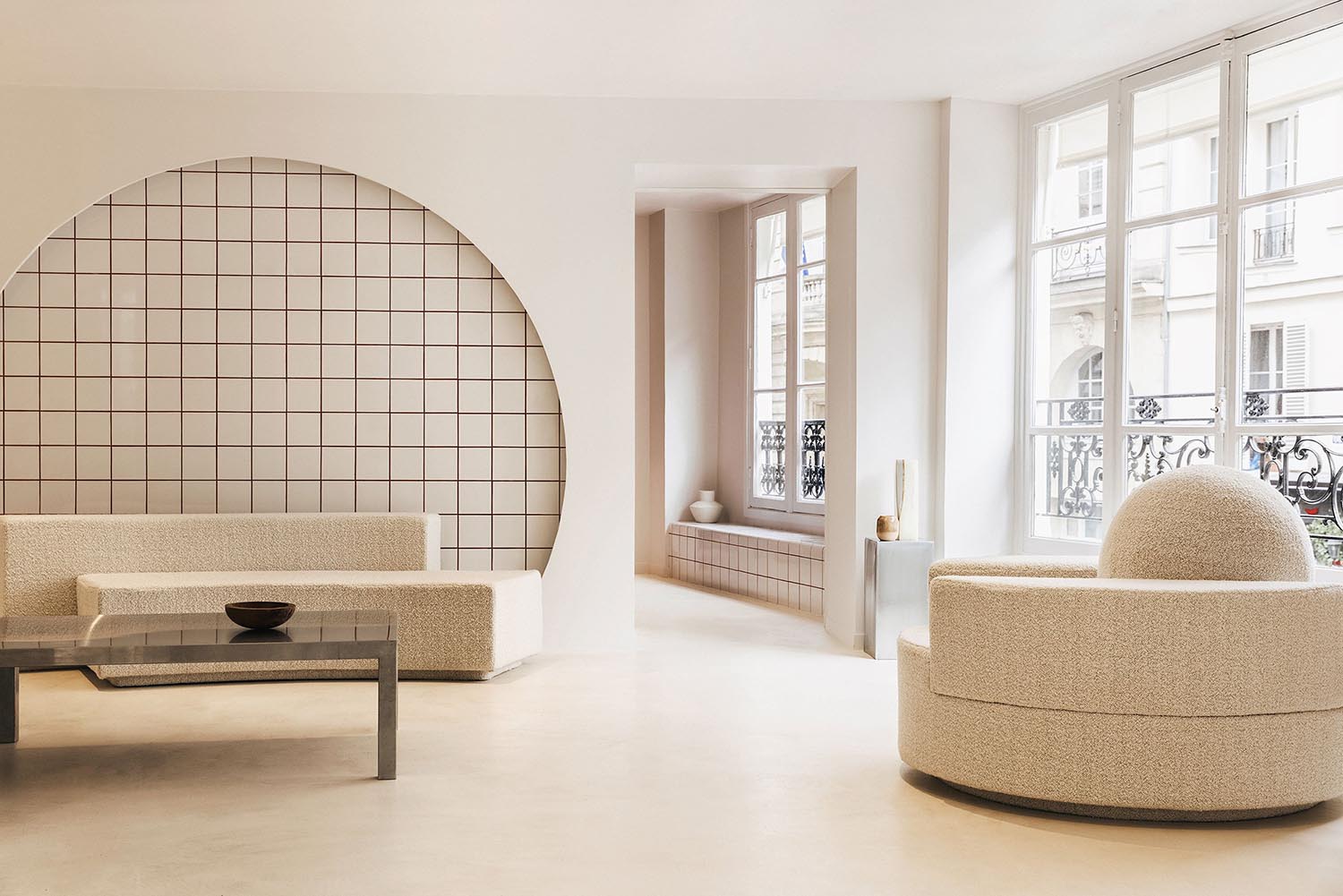 The overarching colour scheme ranges from white to soft sand with only a few splashes of colour including the custom-designed stark indigo blue wood chairs and shelving unit.

Aesthé is located in a 1860s Haussmannian building that was part of Napoleon’s vast urban renewal project realized between 1853 and 1870 to bring sanitation and beauty to the overcrowded and disease-ridden Paris. The massive undertaking was directed by Baron Georges-Eugène Haussmann 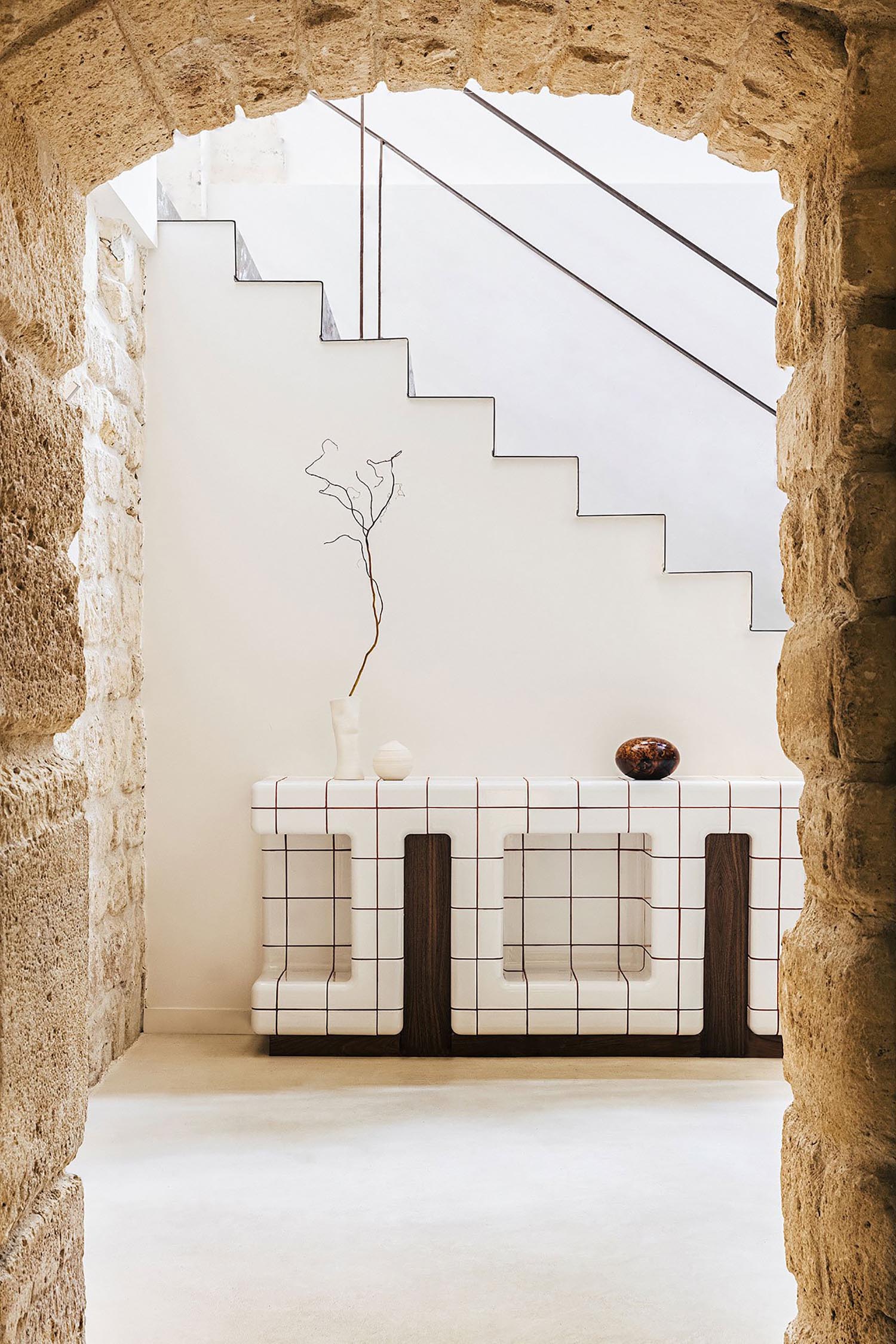 The building is in the centre of Paris, in the 4th arrondissement, in the fashionable Marais neighbourhood known for its 17th-century private mansions and several landmark cultural institutions including the Pompidou Centre historic architecture 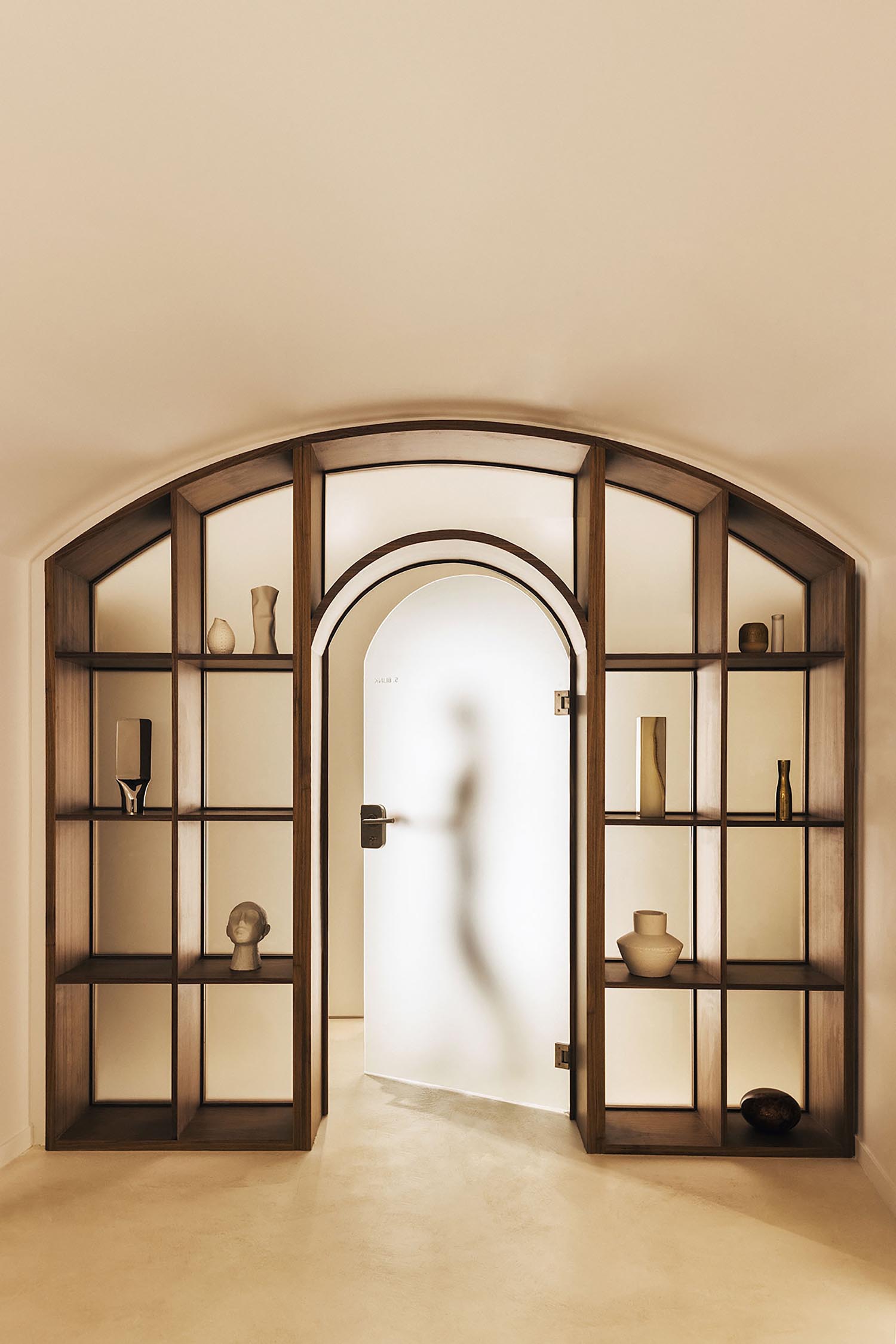 Romain Freychet and Antoine Prax started collaborating as students at the Ecole Spéciale d’Architecture in Paris and founded GRAMME after graduation.  Tuija Seipell 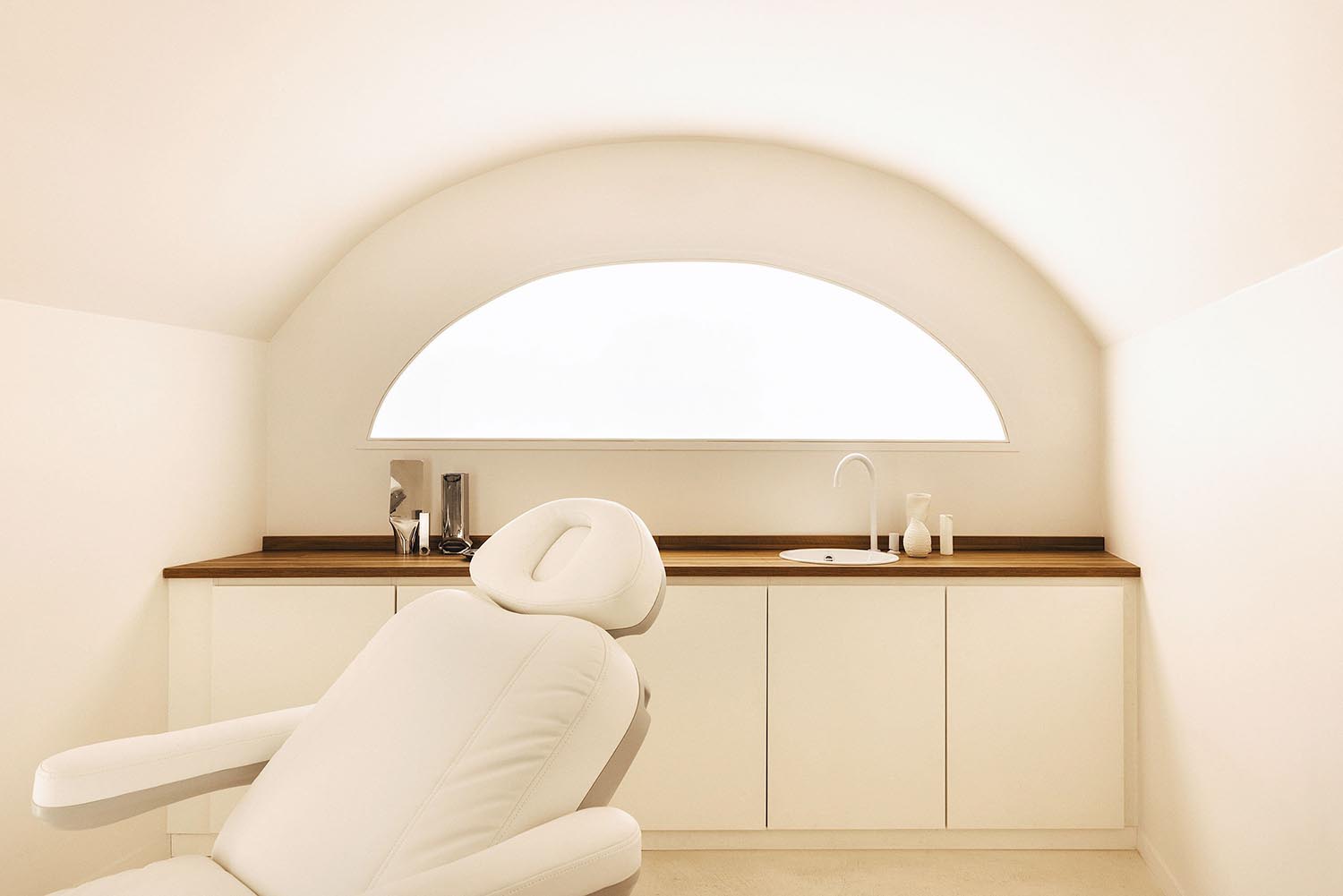