Rope, wood and 39 foam board flowers decorated with fashion patterns. These were the elements of a display of Spanish children’s shoe brands at the 76th annual children’s fashion fair, FIMI (Feria Internacional de Moda Infantil) in Valencia, Spain, at the end of January. 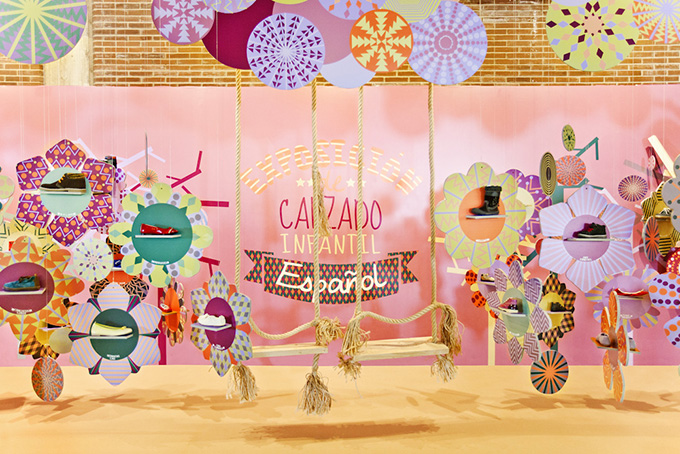 Valencia-based design studio Masquespacio with designer Ana Milena Hernández Palacios at the helm of the project, was charged with creating a stand-out exhibit for the shoes amid the colourful children’s fashion exhibitors. They needed to achieve the results by using either materials already in the Fair’s warehouse or materials that could be manufactured at a low cost internally. 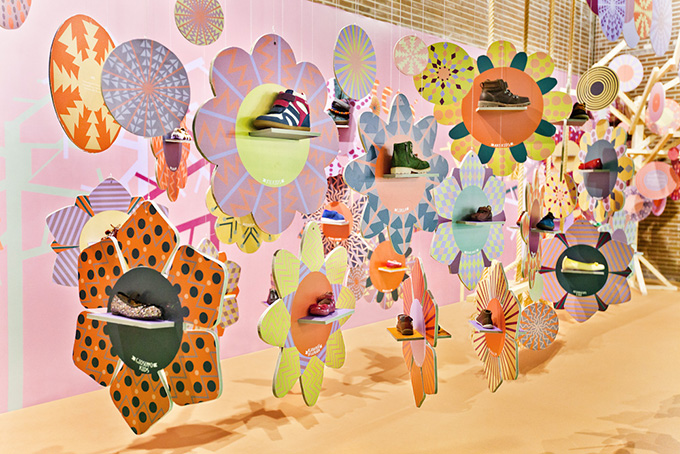 Foamboard and vinyl became the key elements for the two-sided flowers, clouds and circles, hand-cut by the fair’s sign makers. When suspended from the ceiling with nylon line, the pastel-hued mobile twirled lightly in the space. 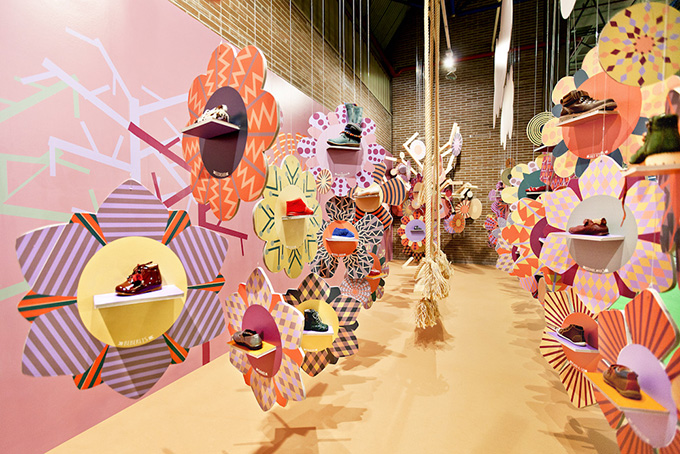 The trees at either end were part of an earlier exhibition, but reused for this stand as a place to hang the information of each of the 39 participating brands. 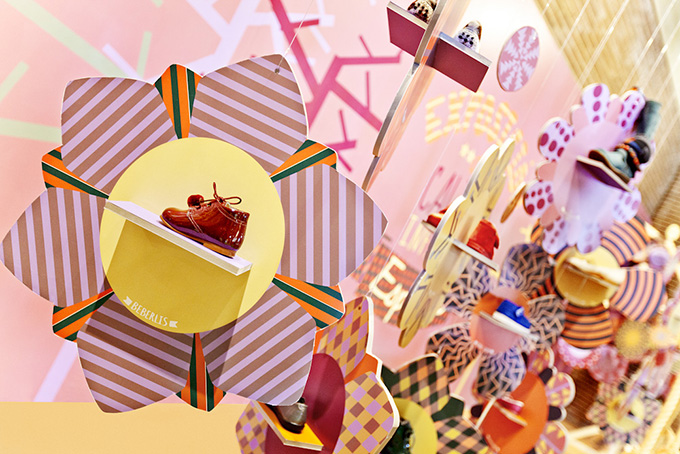 We like the overall effect of juicy warmth and crafty playfulness achieved with very few elements yet expressing an idyllic child’s world effortlessly. The shoes appear as if they were an afterthought, which makes the display even more appealing, considering that the fair’s visitors were seasoned children’s fashion experts who were perfectly capable of zeroing in on the shoes without the display pushing them in their faces. Tuija Seipell 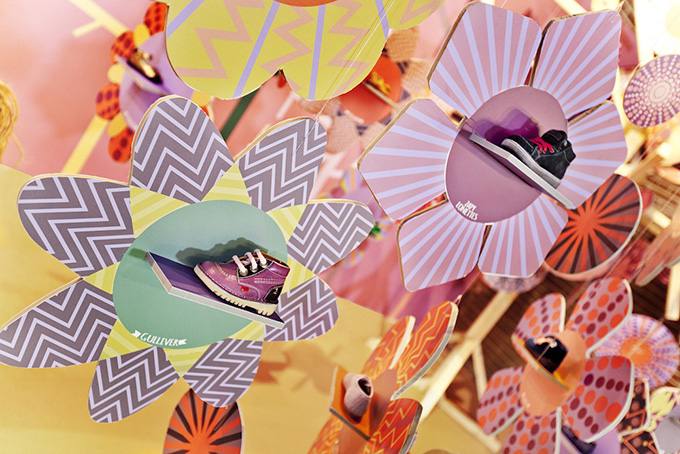