A Life Size Pinball Machine You Can Play In 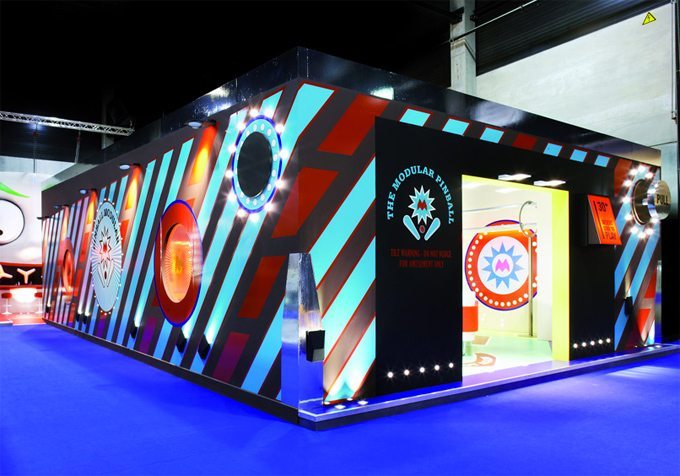 THIS is what we will want in our office now! Pinball may be living a second life as a retro thing to do and own, but what we really want now is to be living (or working, playing) IN a pinball machine! 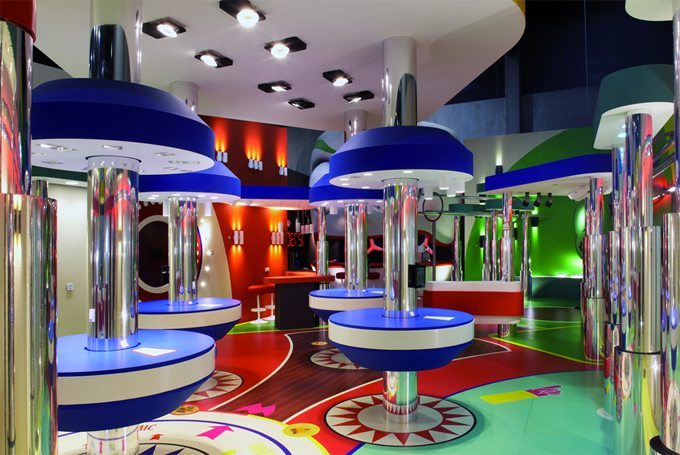 Our hopes for this were aroused by the super clever exhibit of Modular Lighting Instruments at Interieur 2010, the 22nd International Design Biennale that took place October 15 – 24 at Kortrijk Xpo venue in Kortrijk, Belgium . 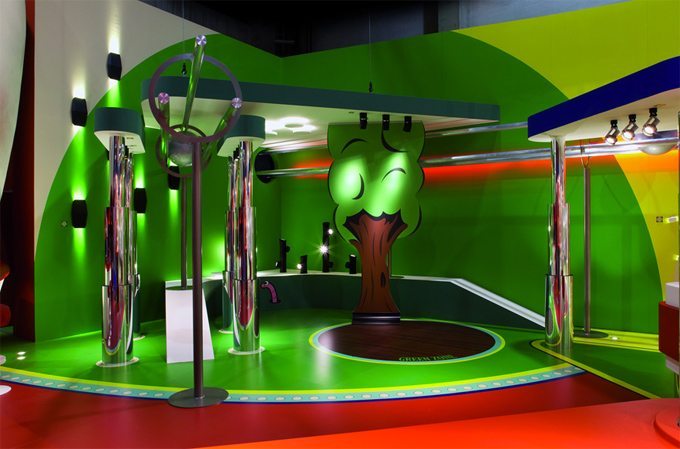 In a colourful and fun human-scale pinball machine, completely lit by LED lights, Modular introduced its latest LED ceiling lights, Spock and O’Leaf, for the first time to the general public. 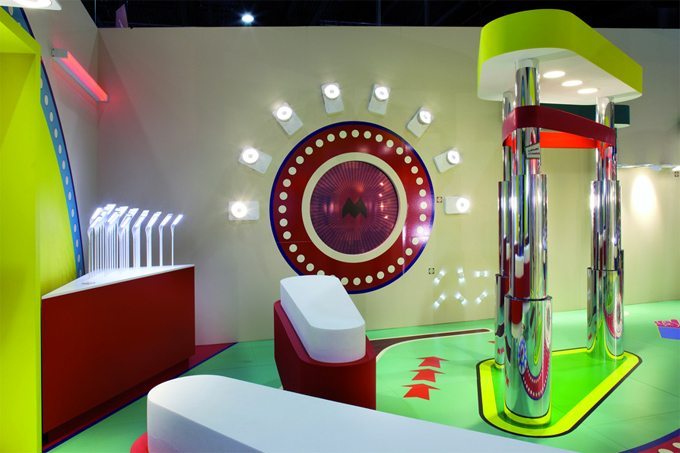 The playing field of the game was divided into the same sections as the Modular lighting catalogue: Orientation, Accent, General and Dynamic making it easy for the ‘players’– potential specifiers and buyers of the new lights – to pay attention to the lights, and not just the fun surroundings. Apparently, this energy-efficient exhibit used 70 % less energy than the company’s 2008 exhibit at the same event. 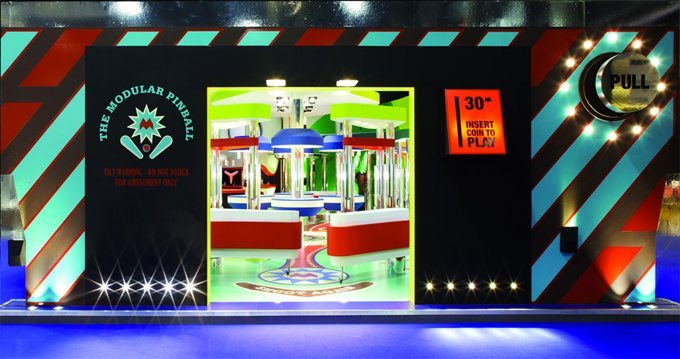 The Roeselade, Belgium-based Modular Lighting Instruments has showrooms across Europe and additional offices in the Netherlands and France.
Both of the new fixtures, Spock and O’Leaf, were designed by Bram Couvreur and Bjorn De Vos of Couvreur & Devos, also located in Roeselade. – Bill Tikos