A Concept Yacht Fit For Bond 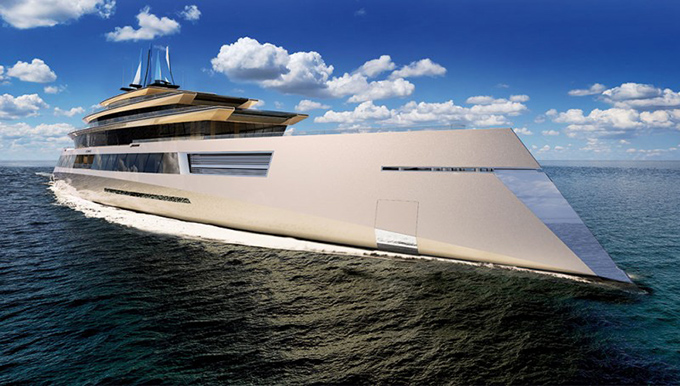 We will most likely never lease or own anything as grand and suave as the Symmetry super yacht – in fact, we may never even set foot on such a floating palace – but we are enjoying a close look!
Sander J. Sinot, The Netherlands-born and based custom-designer of super yacht concepts and their lavish interiors and furnishings, introduced the concept of Symmetry at the Monaco Yacht Show in September. 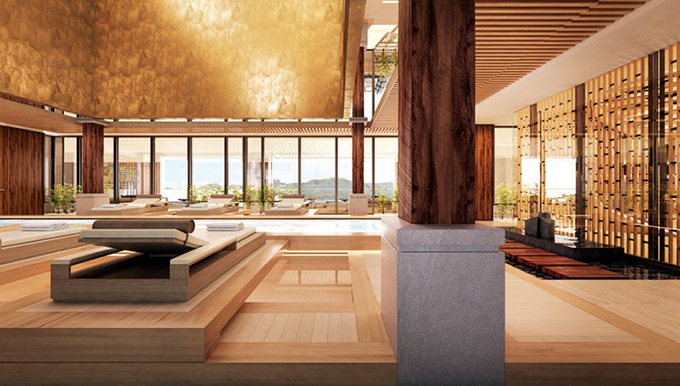 And while the James Bond villain-worthy mega yacht is still just a concept, Sinot’s lengthy promotional video lets us in on the detail and grandeur.
At ‘just’ 180 meters (590 feet) in length, Symmetry is not the largest yacht ever designed – Christopher Seymour’s recent Double Century concept is all of 200 meters – it is certainly massive in scale. 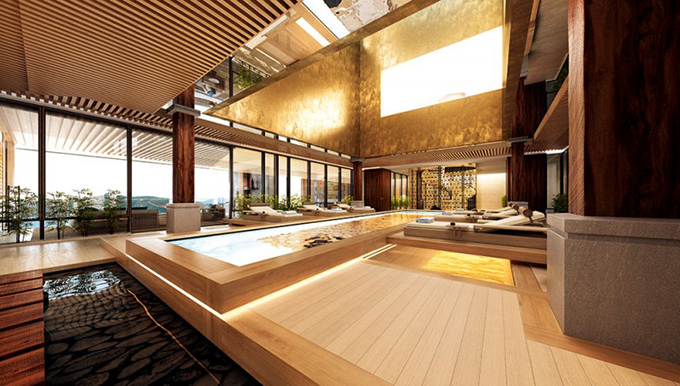 Yet, with all that length and a 29-meter (95 foot) beam Symmetry looks relatively sleek.
With its six decks, it could easily appear bulky and heavy, but its symmetrical hull and stern not just allow for bi-directional manoeuvring at sea, they also allow for a surprisingly lean profile. 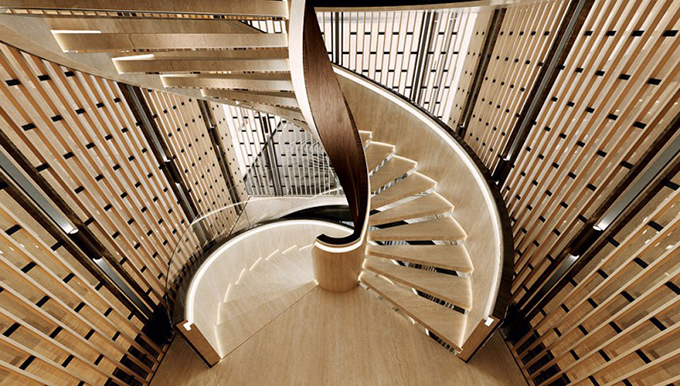 Sinot designed the concept from the center out, organizing all of the functions around a central void. 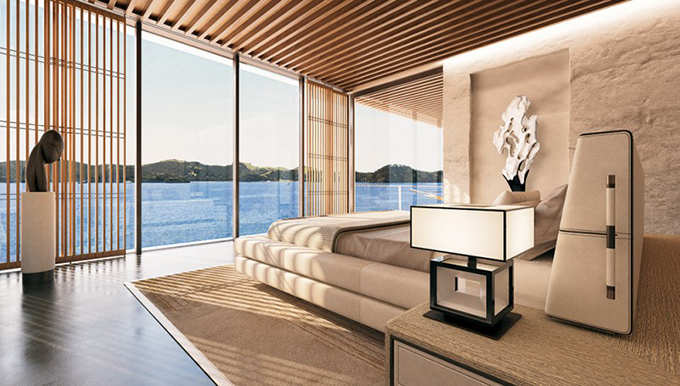 The yacht has room for 34 guests and 48 crew and six decks worth of bliss! A beach deck with a sea-water pool, a guest deck with a 56-foot (17 meter) glass-bottom pool, a hotel deck with a garden, and the owner’s deck with a stateroom opening up to a private outdoor lounge and infinity pool. 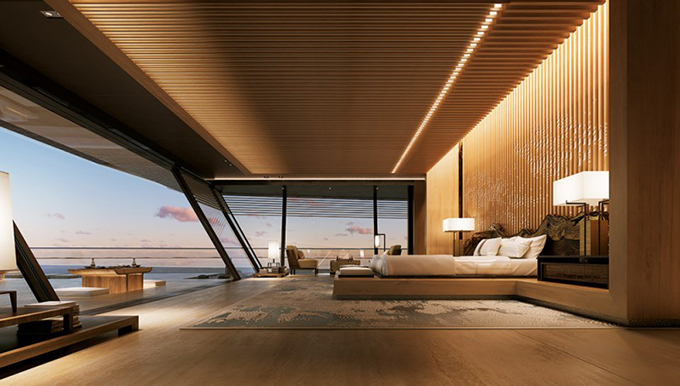 In total, Symmetry will have 10,700 square feet (almost 1,000 square meters) of useable exterior deck space.
Inside, the 34 guests can choose from four VIP suites with their own lounges and balconies, and 12 cabins. The owner’s staterooms include a private spa, an office, a library and a skylounge. 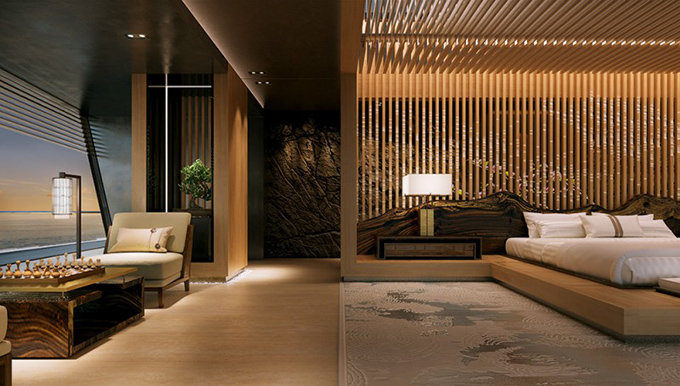 And for those hasty escapes – to a casino perhaps – there are two 33-foot (10-meter) tenders, a 46-foot (14-meter) day boat and six personal watercraft. And James is always welcome to land his chopper on the aft helipad. 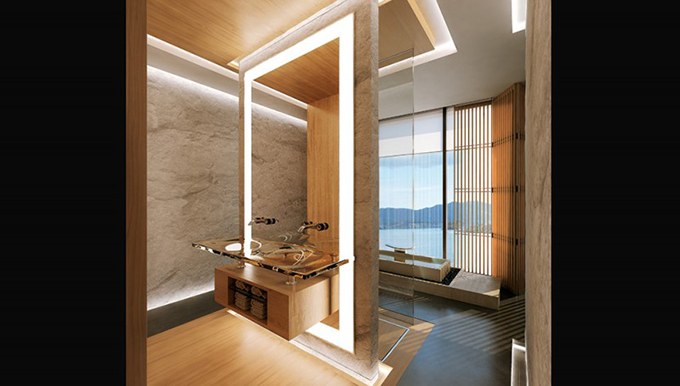 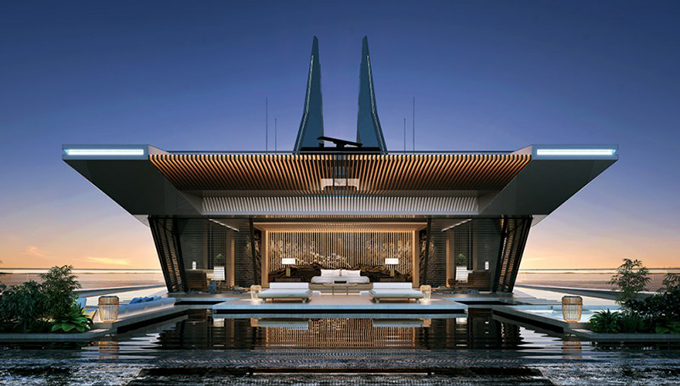