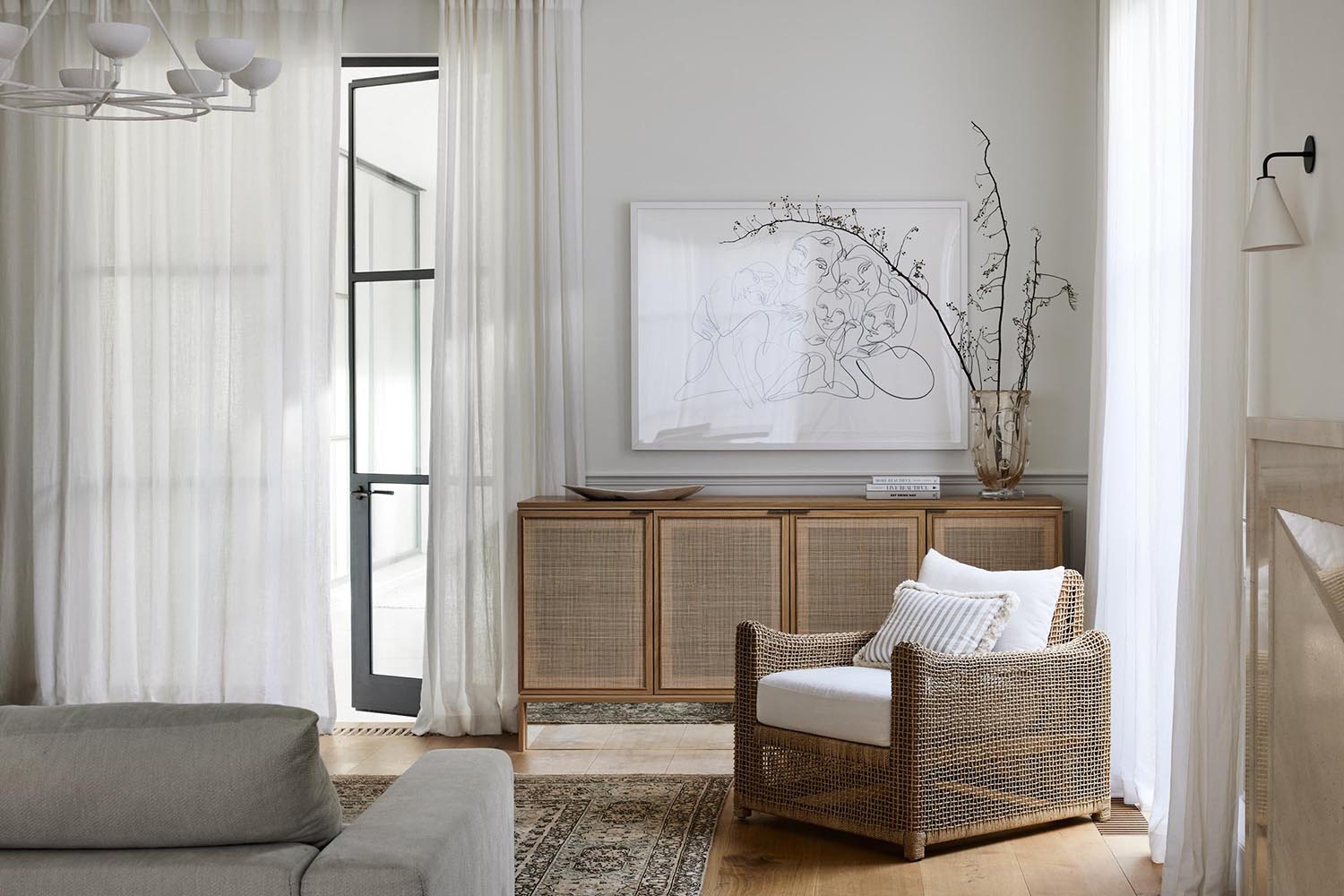 Melbourne-based architecture firm Powell & Glenn has designed a stunning home for a couple and their three children with outdoor-living as one of the key definers. 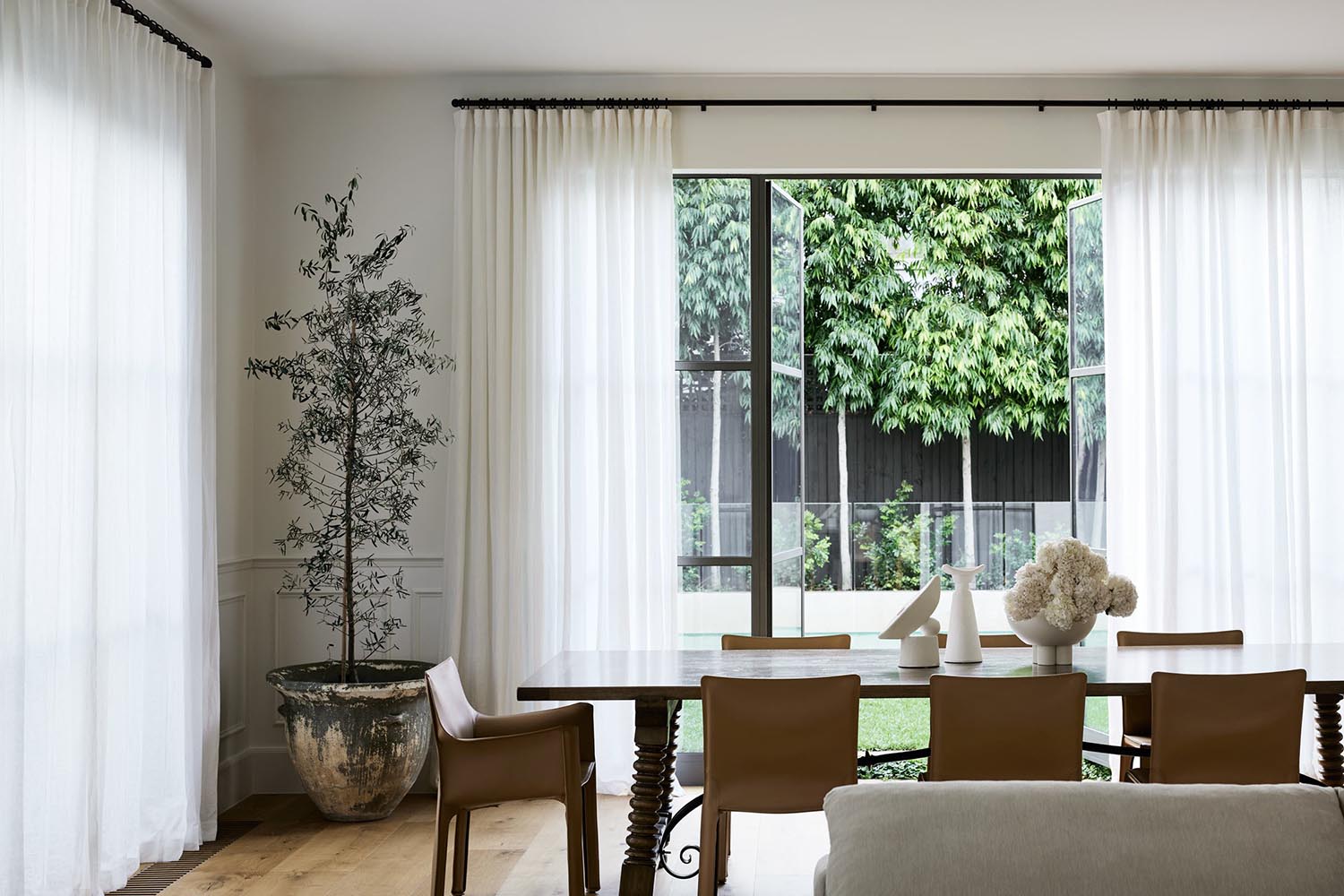 The client wanted to work with people he could trust so he engaged his old friend Ed Glenn, principal of the architecture firm. He also engaged James Gooley, another friend of both and the principal of Visioneer Builders to build the new structure. 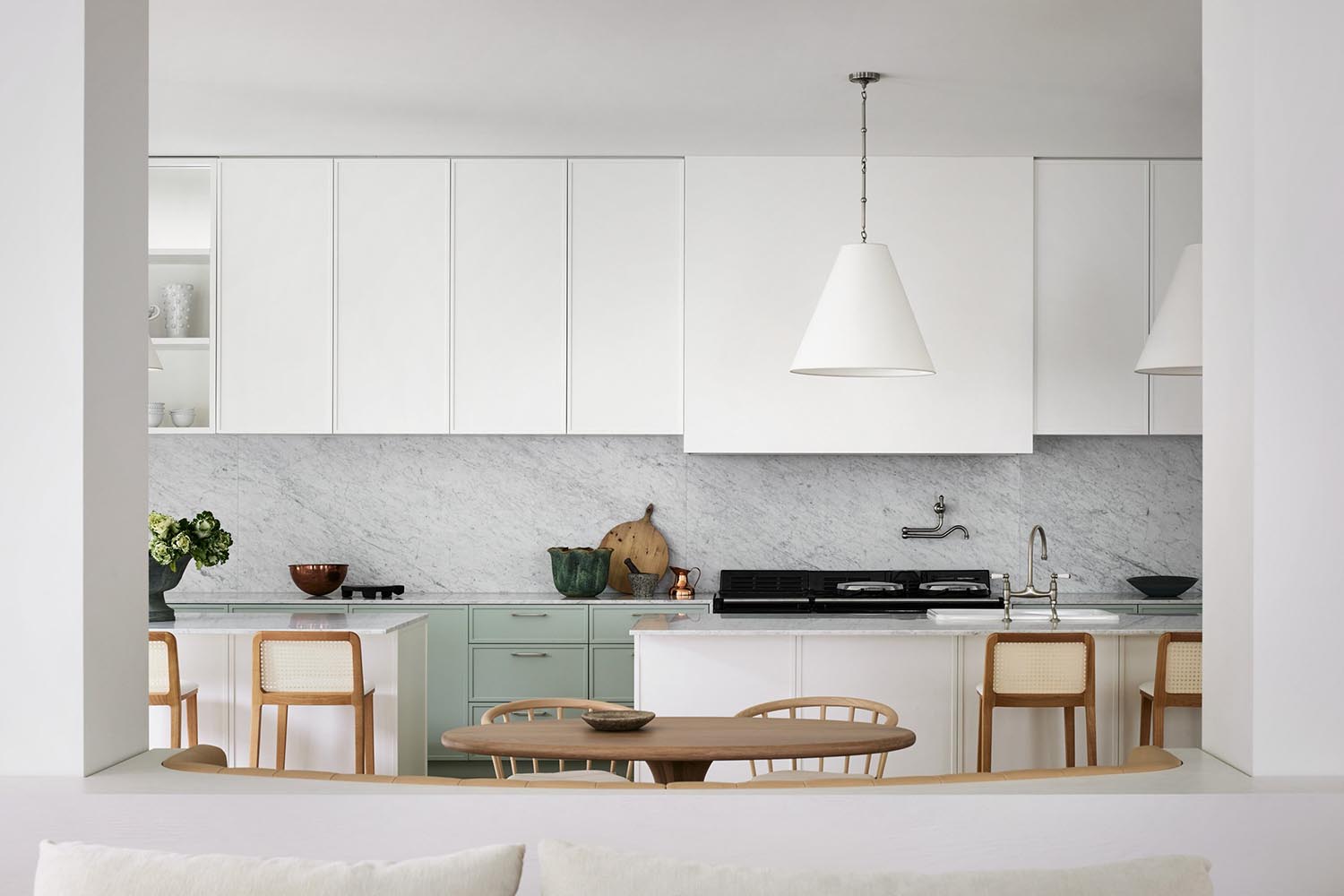 The three friends focused on the family’s desire to maximize the use of outdoor space for cooking and entertaining, and also on their wish to integrate lots of flexibility as the needs of the growing family are constantly changing. 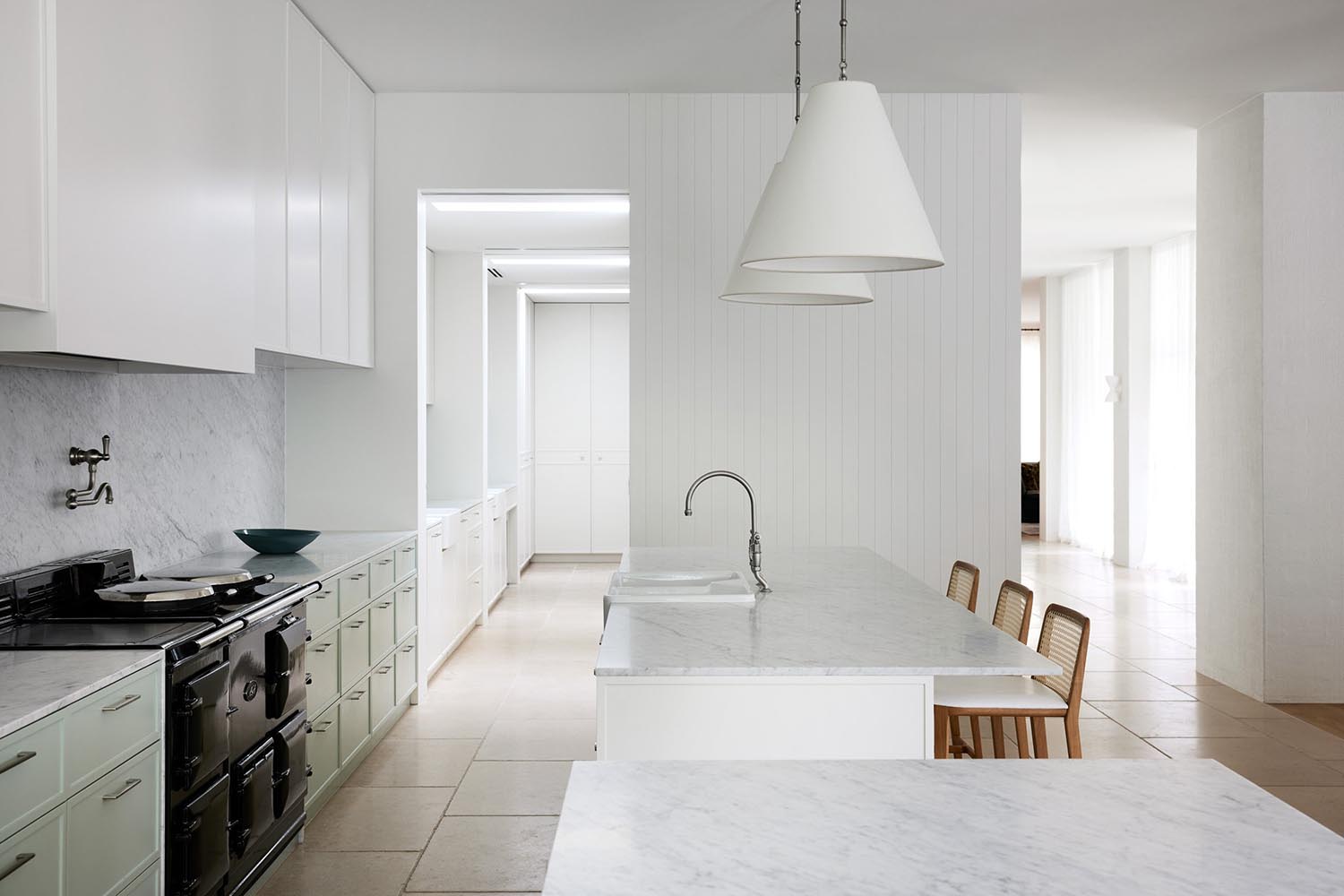 The white, minimalist three-storey building is divided into three main pavilions that hover over three garden and terrace areas. The basement includes the children’s own retreat and the cellars. A garage is located on the basement level as well.

The ground level houses multiple living and dining areas and is directly connected to the outdoor space. In fact, the outside can be seen from all rooms throughout the house. 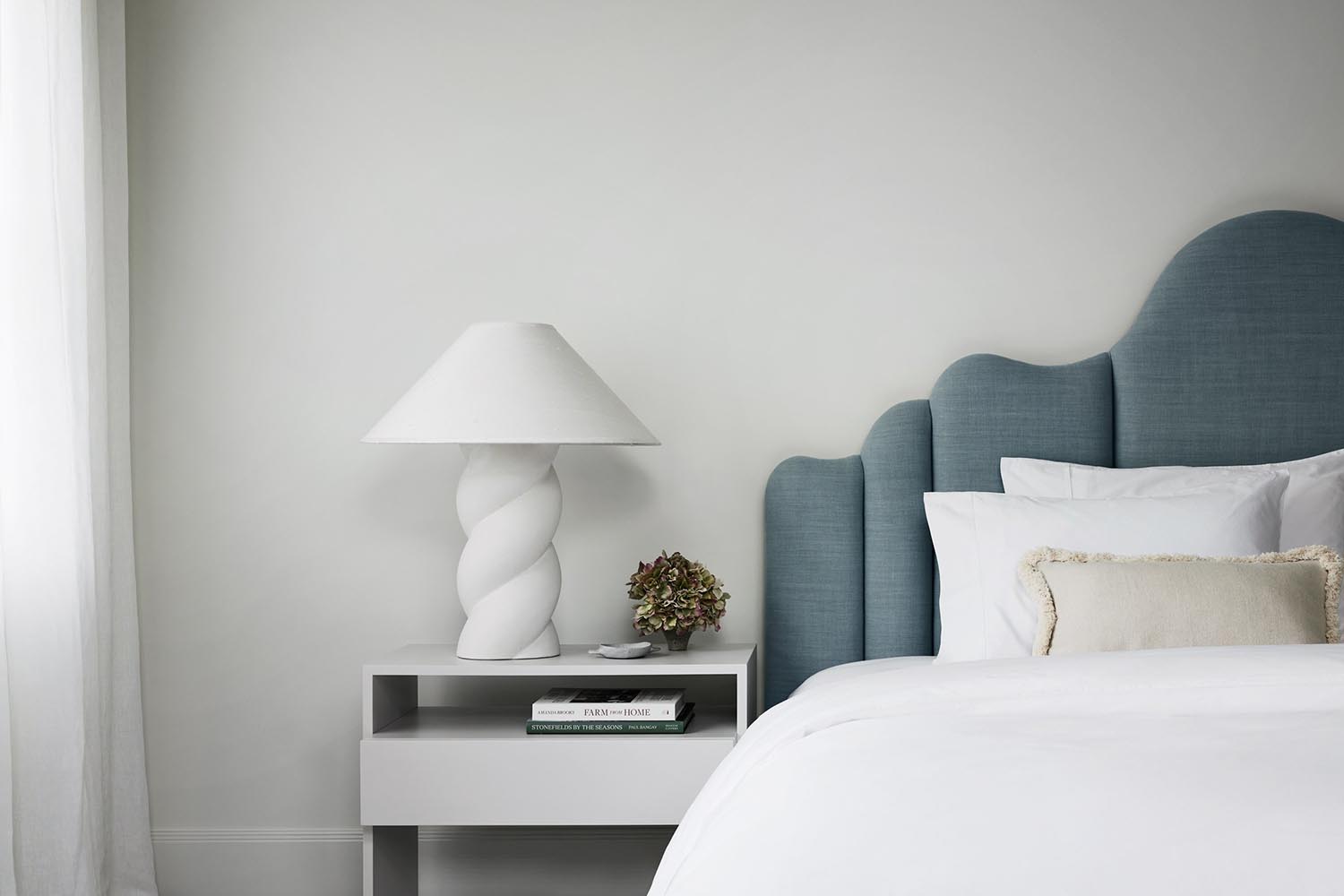 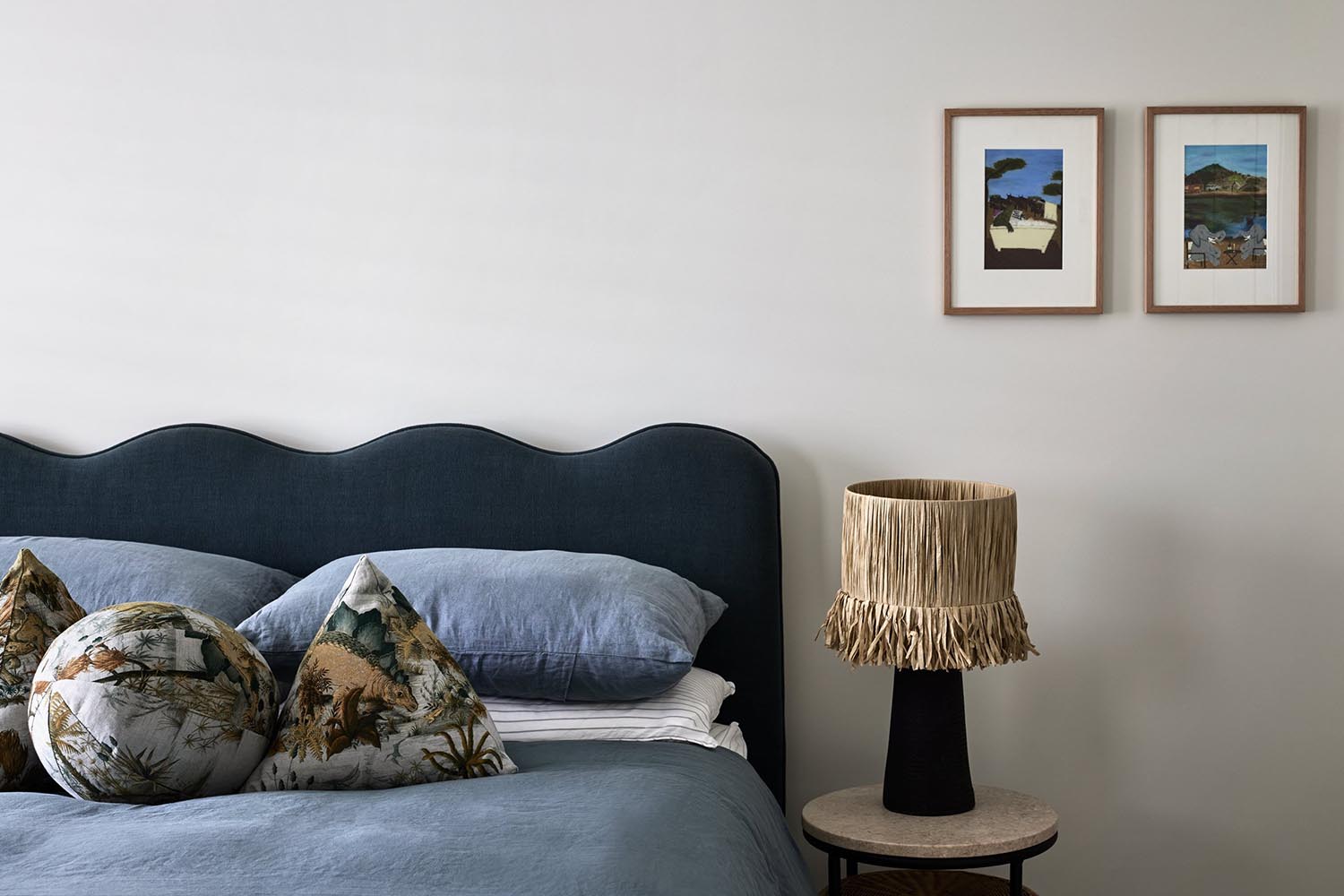 The five bedrooms are located on the top floor. The complex includes also an office and seven bathrooms. In total, there is approximately 1,000 square-metres (10,764 sq.ft) of living space. 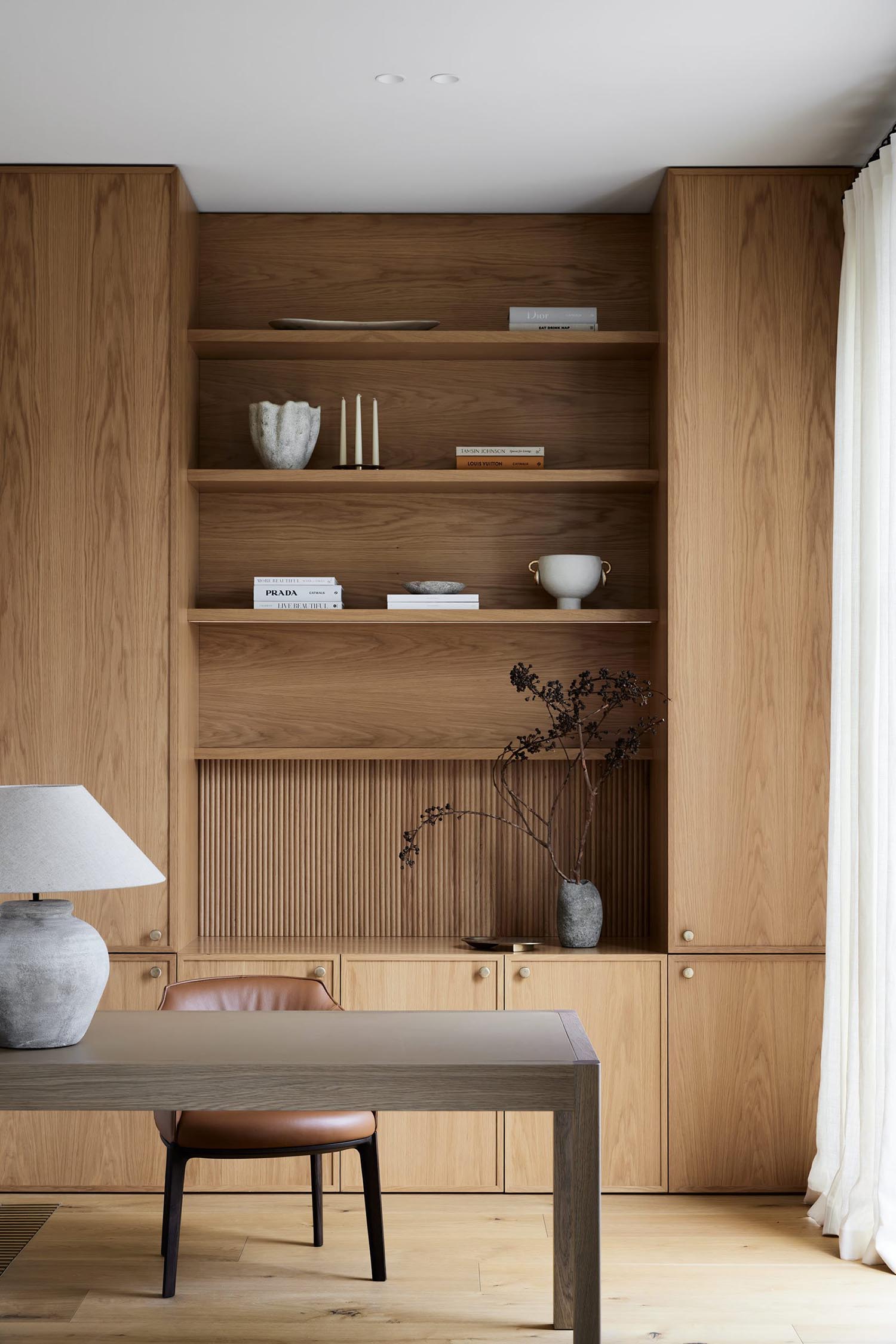 While Powell & Glenn were principally in charge of the project’s architecture and interior design, they also engaged interior decorator Sally Caroline and landscape designer Paul Bangay. 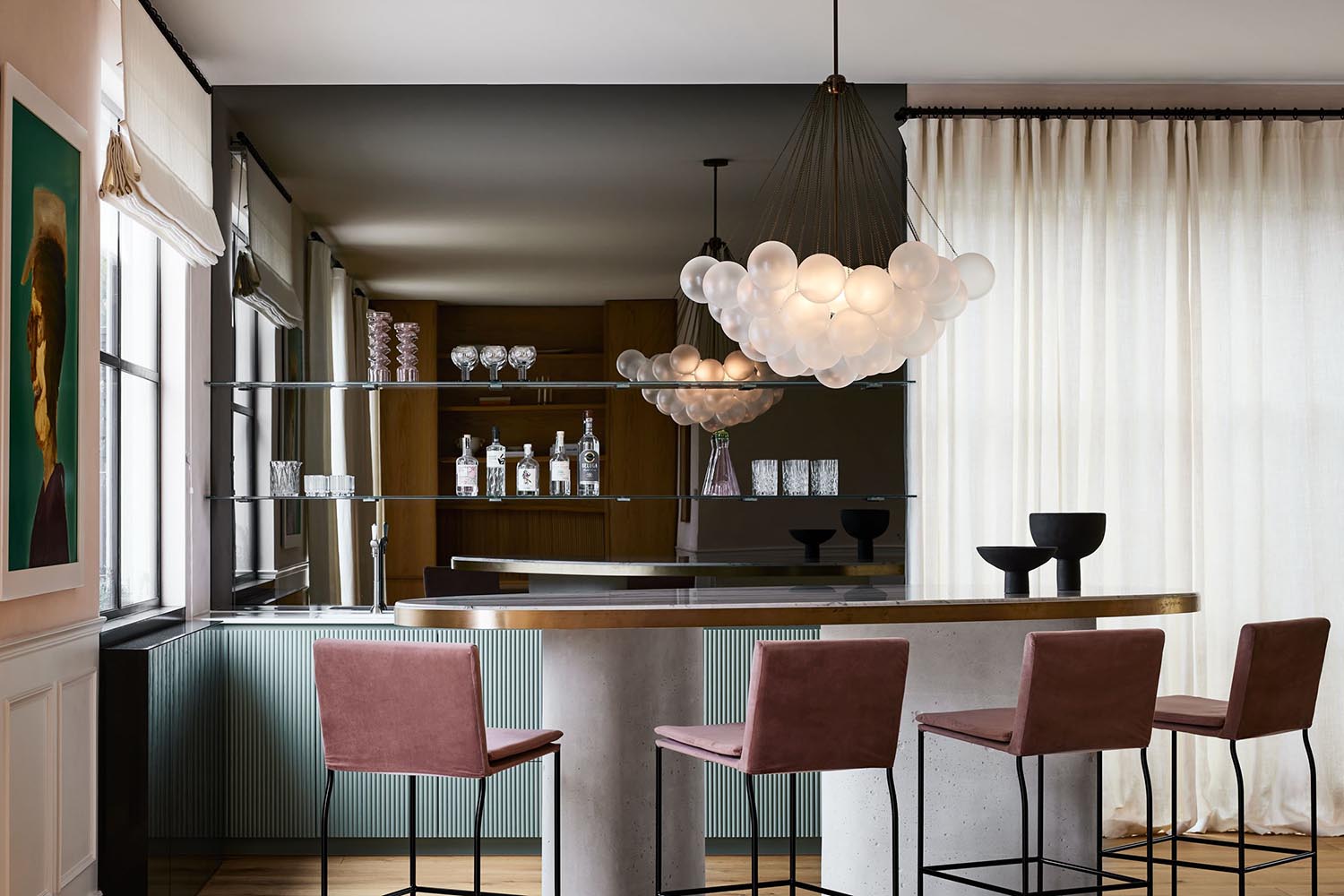 The affluent neighbourhood of Armadale with its thriving shopping and restaurants is an inner neighbourhood of Melbourne, about seven kilometres from the city’s Central Business District. Tuija Seipell 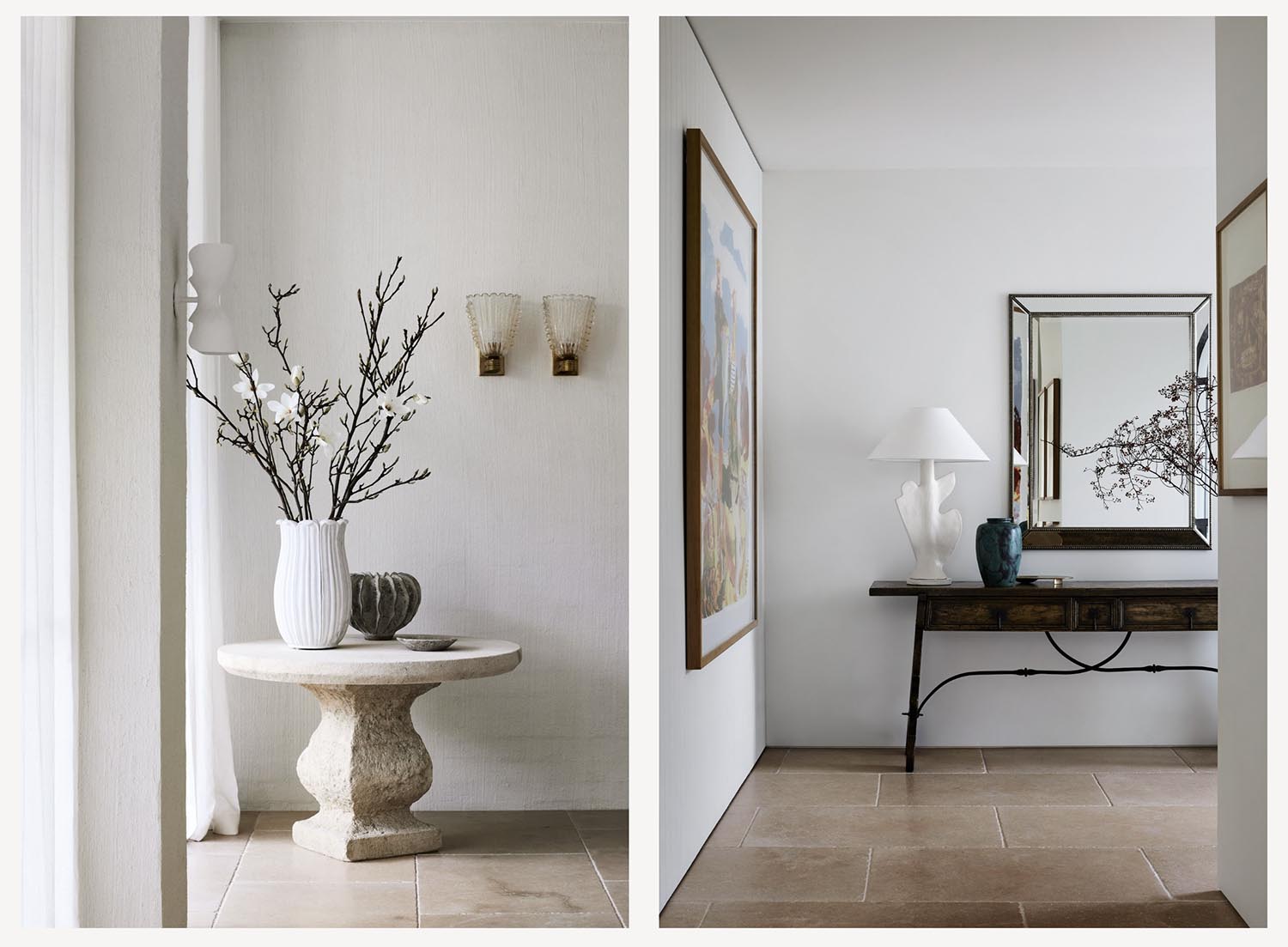