At The Window/Table – Diana Sosnowska 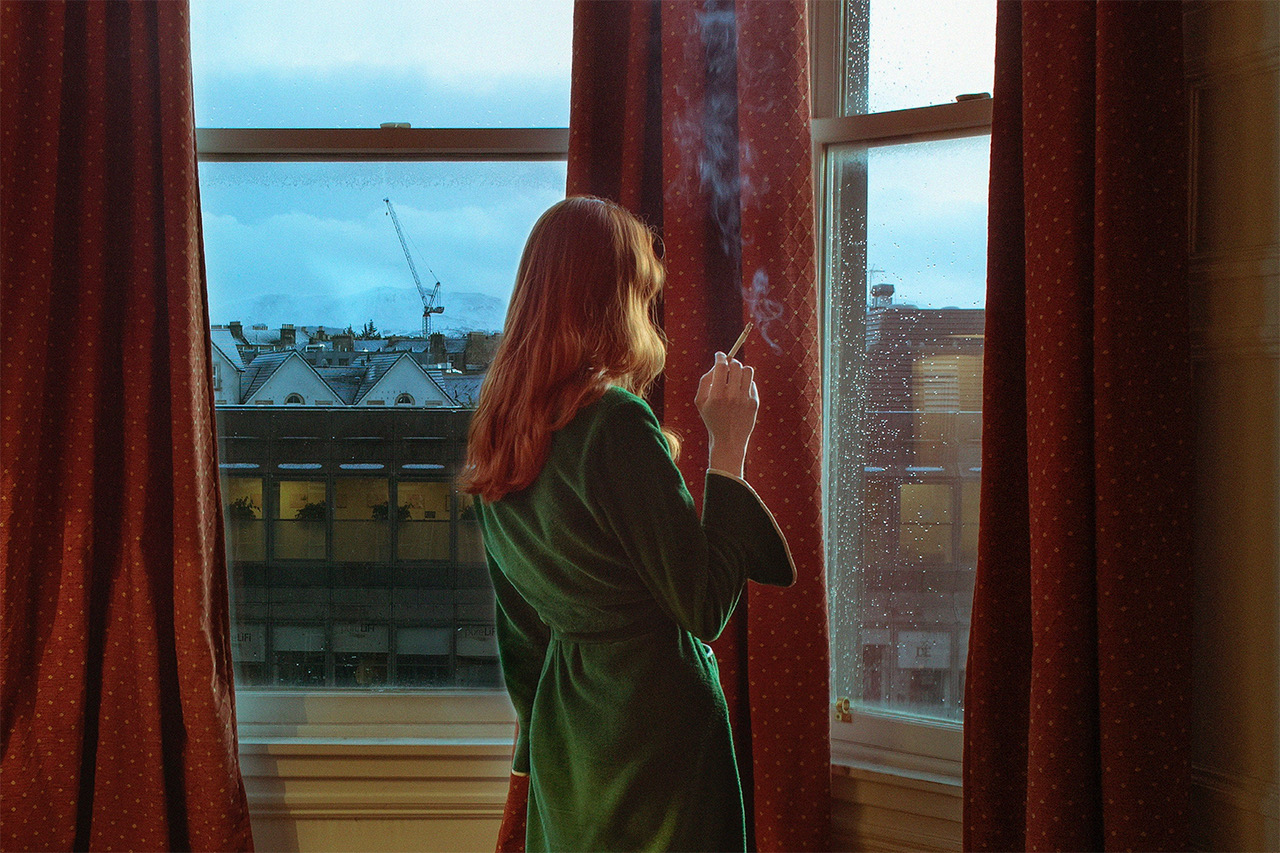 ‘Woman Smoking at The Window’ by UK photographer Diana Sosnowska is a carefully staged photographic self-portrait taken in the artist’s former apartment in Edinburgh, Scotland, on the eve of the pandemic’s spread throughout the UK in 2020. 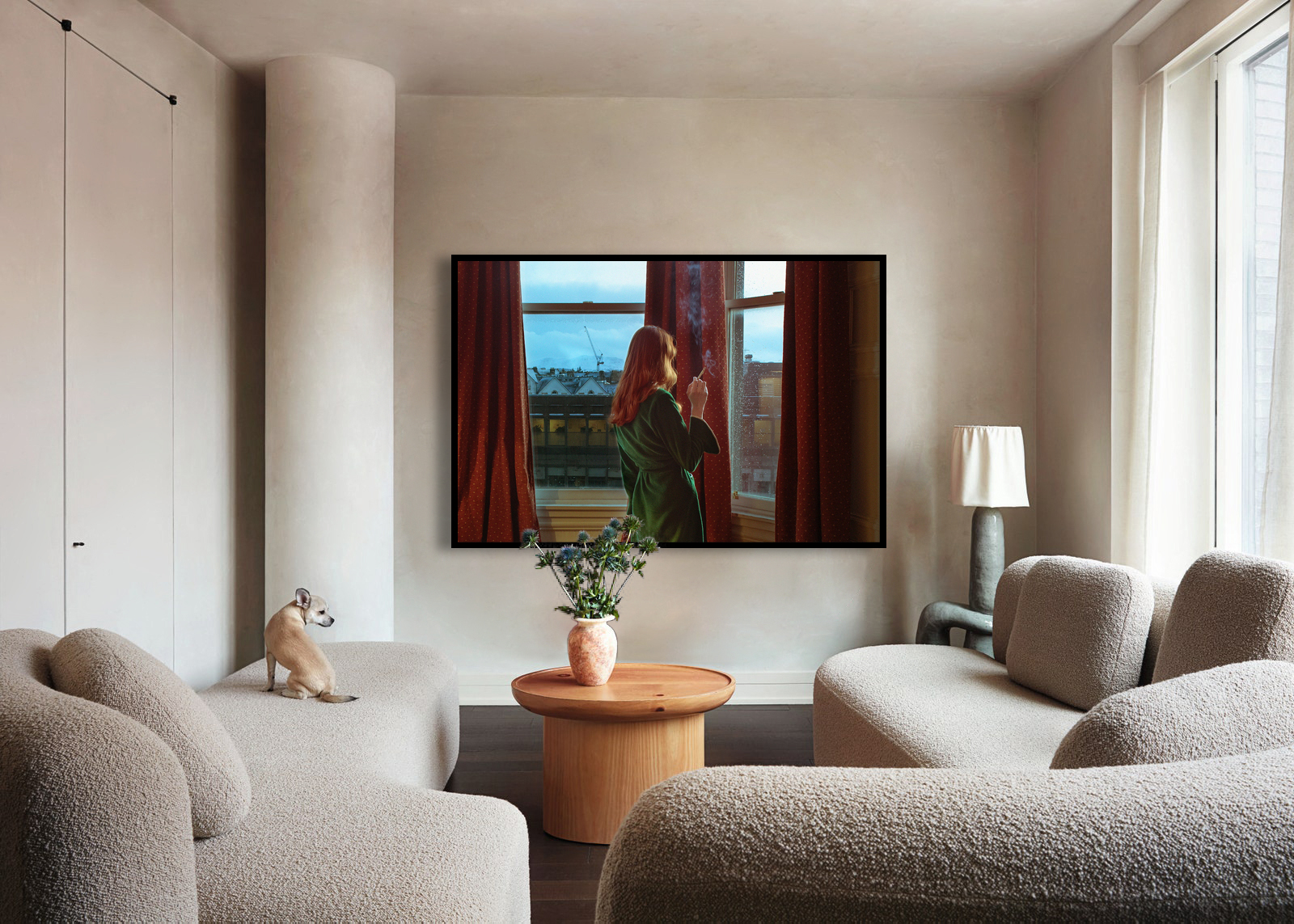 Inspired by midcentury fashion and aesthetics, the photographer references the paintings of Edward Hopper and pays tribute to his 1961 work ‘A Woman in the Sun’. Like Hopper’s piece, the central figure gazes outside the frame while gently illuminated by the muted light of the otherwise bleak grey horizons, both literal and metaphoric. 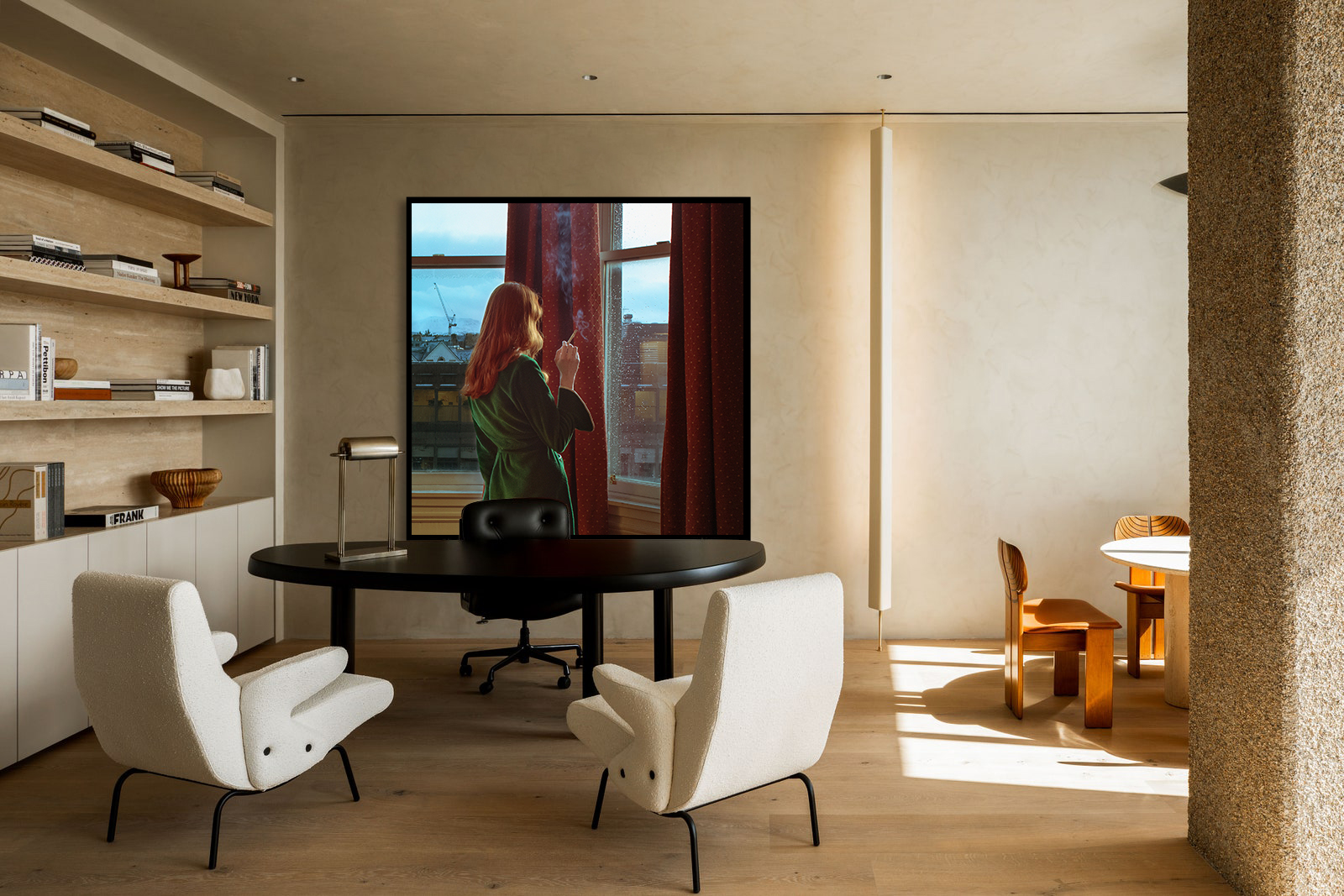 This dull but yellow light casts an ineffable aura around the subject, only compounded by her averted posture. The melancholy mood which permeates the composition is further emphasised by a restrained palette of soft yet nostalgic tones. The viewer is placed in the middle ground, occupying the void between artist and subject, a voyeuristic role assigned to us by the photographer and cued by her oft symbolic use of windows. Sosnowska invites the viewer to collect her carefully staged details and weave them together to form a narrative. Available to purchase online here 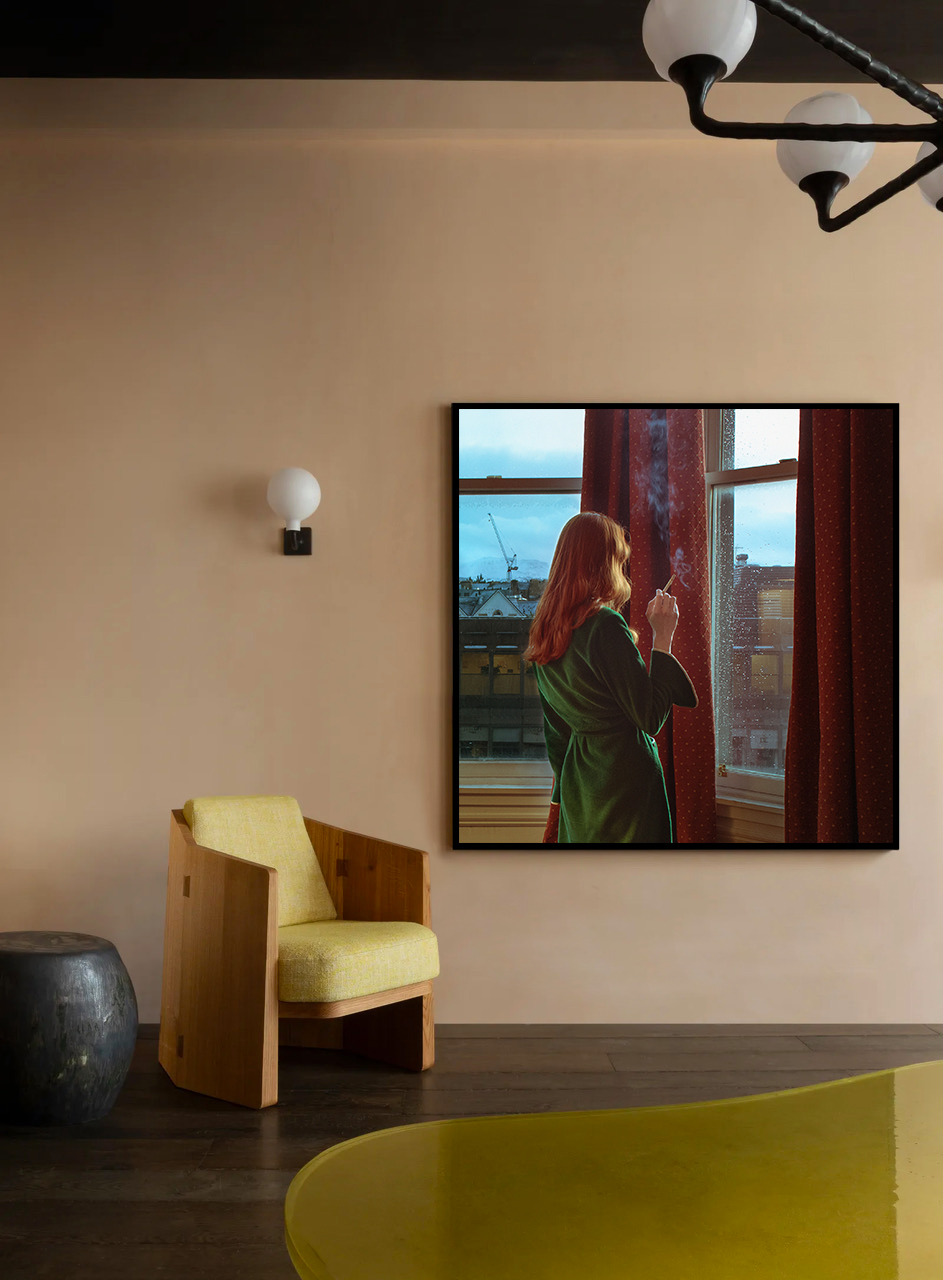 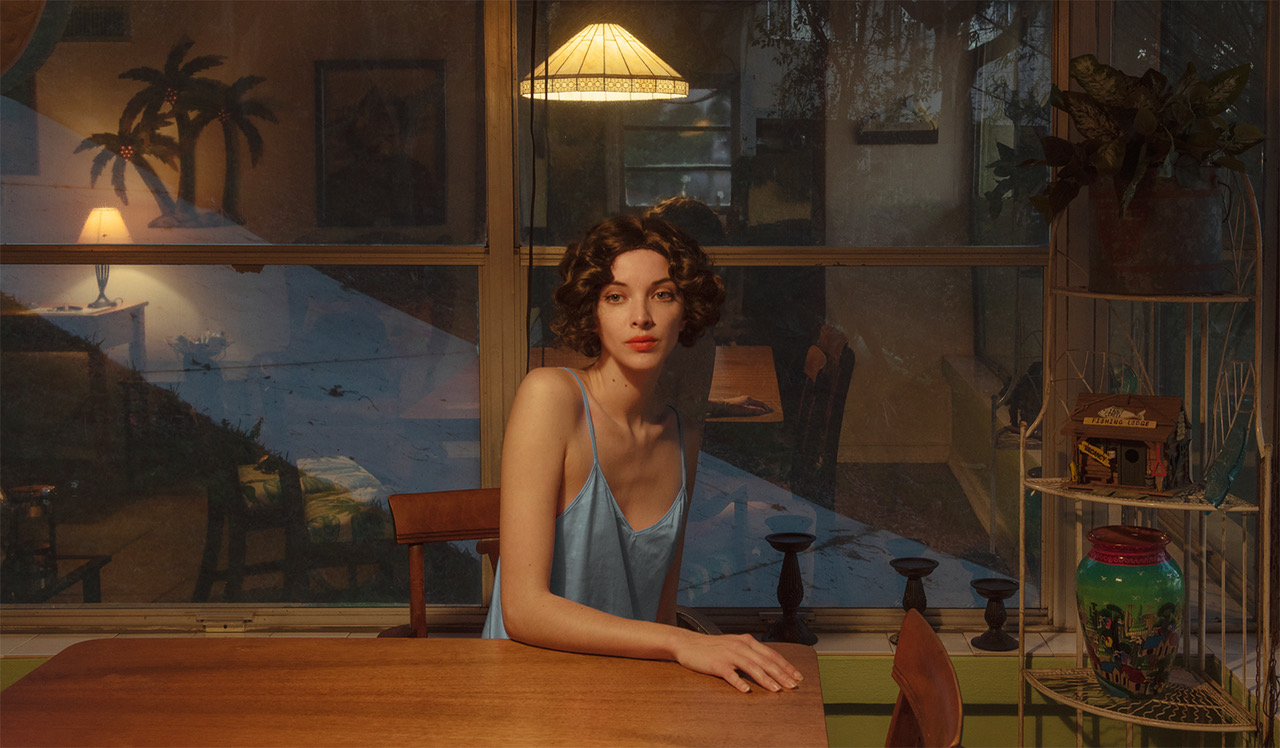 The characters UK photographer Diana Sosnowska embodies in her photographic self-portraits aren’t randomly pulled from the ether. Her heroines are meticulously constructed from disparate sources. 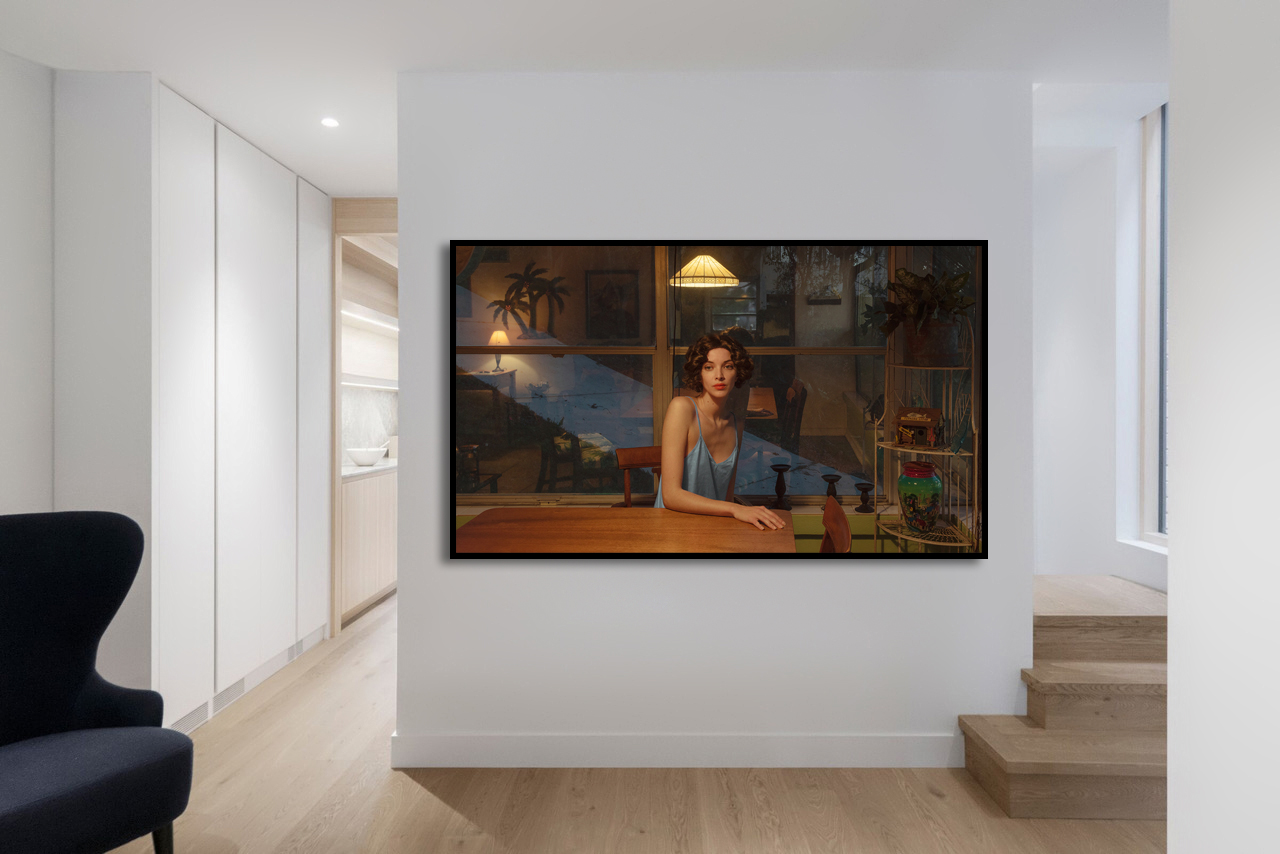 They can be infused with the pathos of one of Euripedes’ heroines or drawn from an episode of the Twilight Zone, but always fabricated in a midcentury aesthetic from whence she draws so much inspiration. Staged in a lake-side cottage in Florida, ‘At the table’ consciously references artist Edward Hopper’s 1914 painting ‘Soir Bleu’. Similarly to Hoper’s piece, ‘At the Table’ has a central theme of melancholic detachment represented in the central figure’s aversion to the viewer’s glare. We see Sosnowska using her familiar stylistic trope of a window in the frame to highlight the viewer’s voyeurism, a subtle reminder that we’re looking in but are also detached and removed from the subject. By placing this disconnect between us and the subject, the photographer creates the space for the viewer to invent their own narrative. 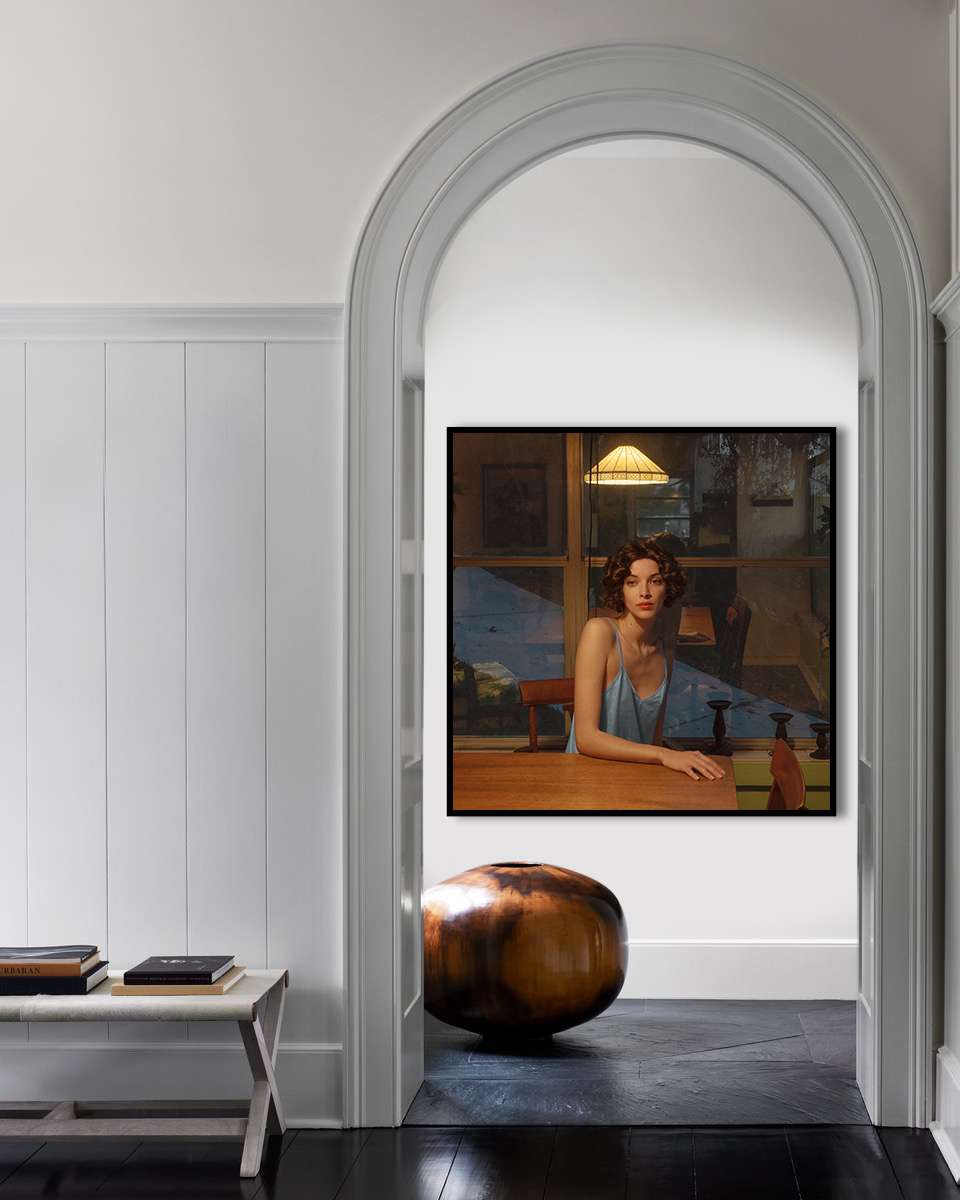