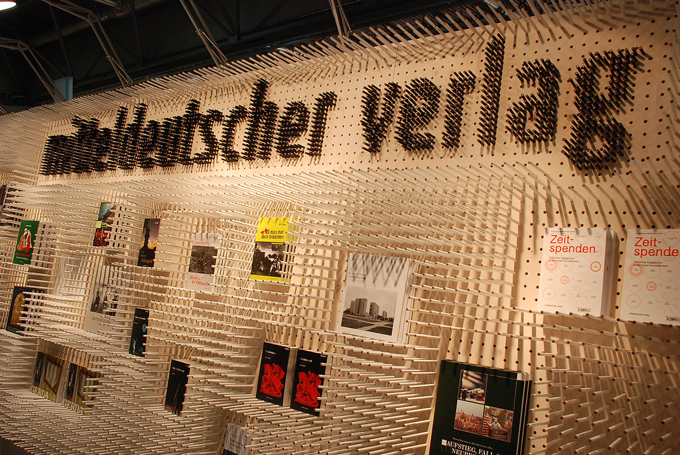 The annual Leipzig Book Fair (Leipziger Buchmesse) has just ended. Attracting some 150,000 visitors each March, the four-day Fair is one of Europe’s largest bookish events.

At this year’s Fair, the trade show exhibit that received some serious media attention was made of 15,000 pencils — the writing instrument hardly anybody uses for writing. Interior Architect and product designer, 29-year-old Johannes Albert and Book Designer Helmut Stabe designed and realized the pencil concept for Mitteldeutscher Verlag Publishers. 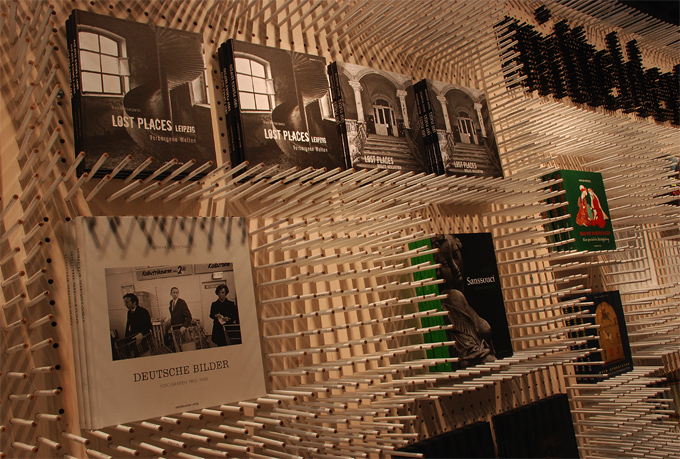 The pencils function as giveaways, as decorative objects and as parts of the construction of the booth. The idea is that the visitors can decide to take a pen, alter the display, or leave it all as is. 315 of the pencils actually held the perforated boards in position while others functioned as wall stands for the books. – Tuija Seipell.