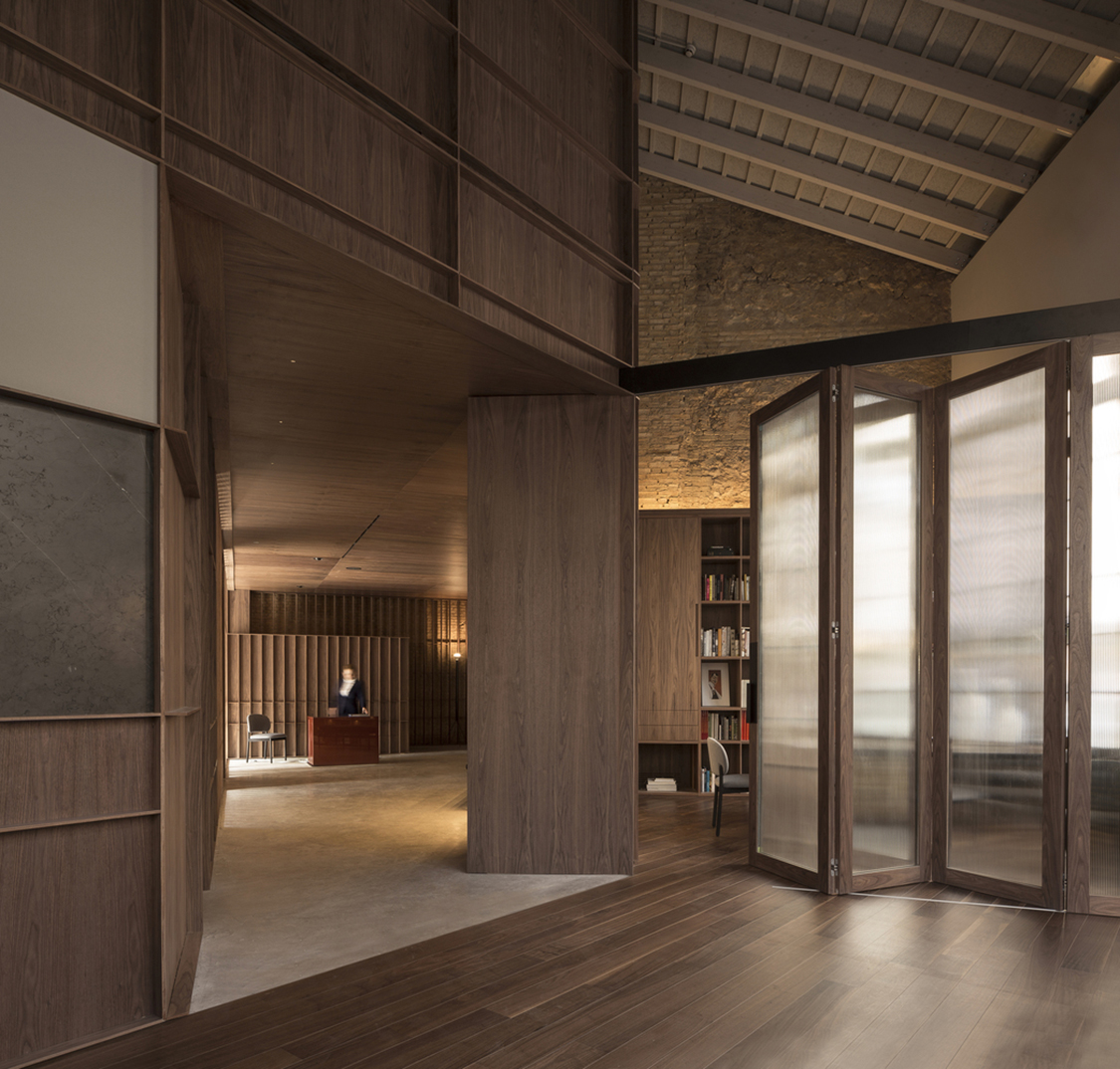 A restaurant by Valencia’s own Michelin-starred chef and restaurateur Ricard Camarena has recently opened in an industrial heritage building in Valencia, Spain. 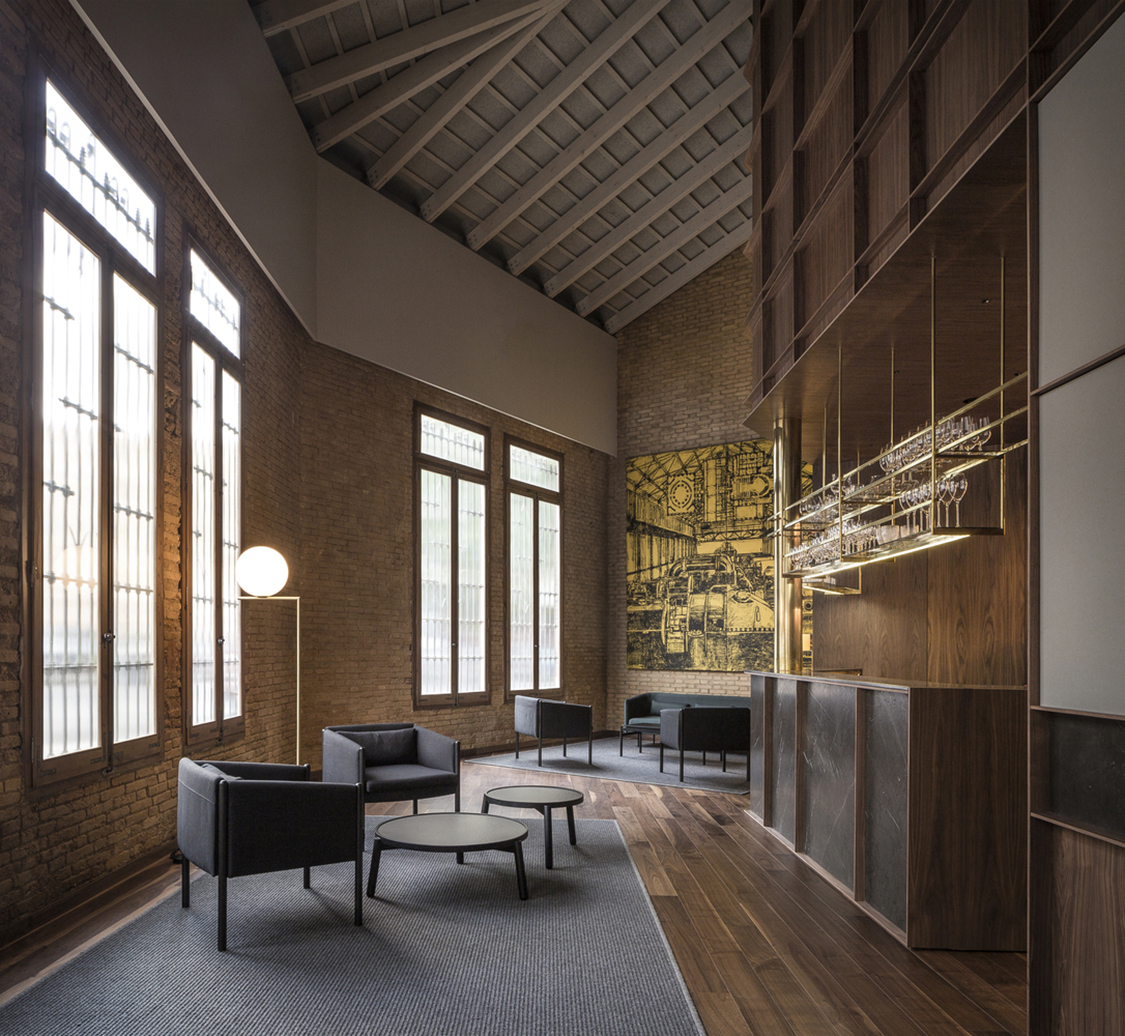 It is s part of a new contemporary art centre in a recently renovated industrial Art Deco building known as Bombas Gens, located in the Marchalenes neighborhood. 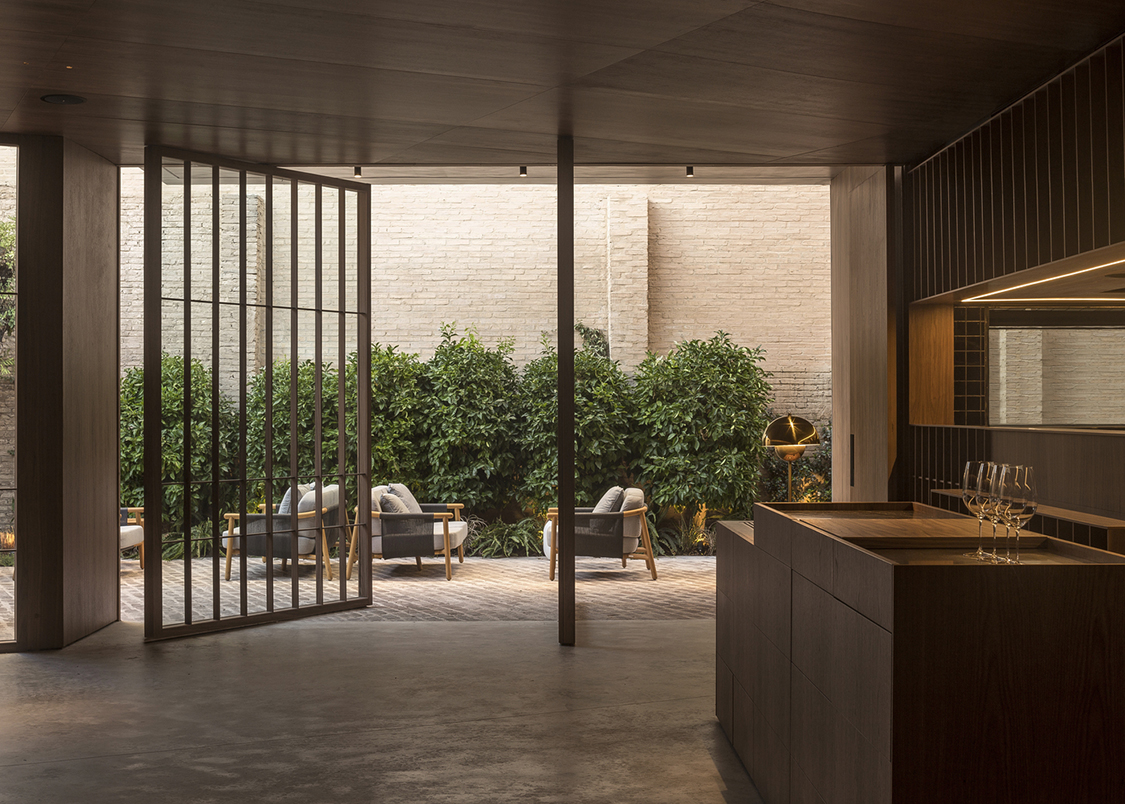 The architecture of the original building was the basis of the layout of the restaurant dividing it into the triangular dining room while the bar is located in one of the former factory’s five sheds. 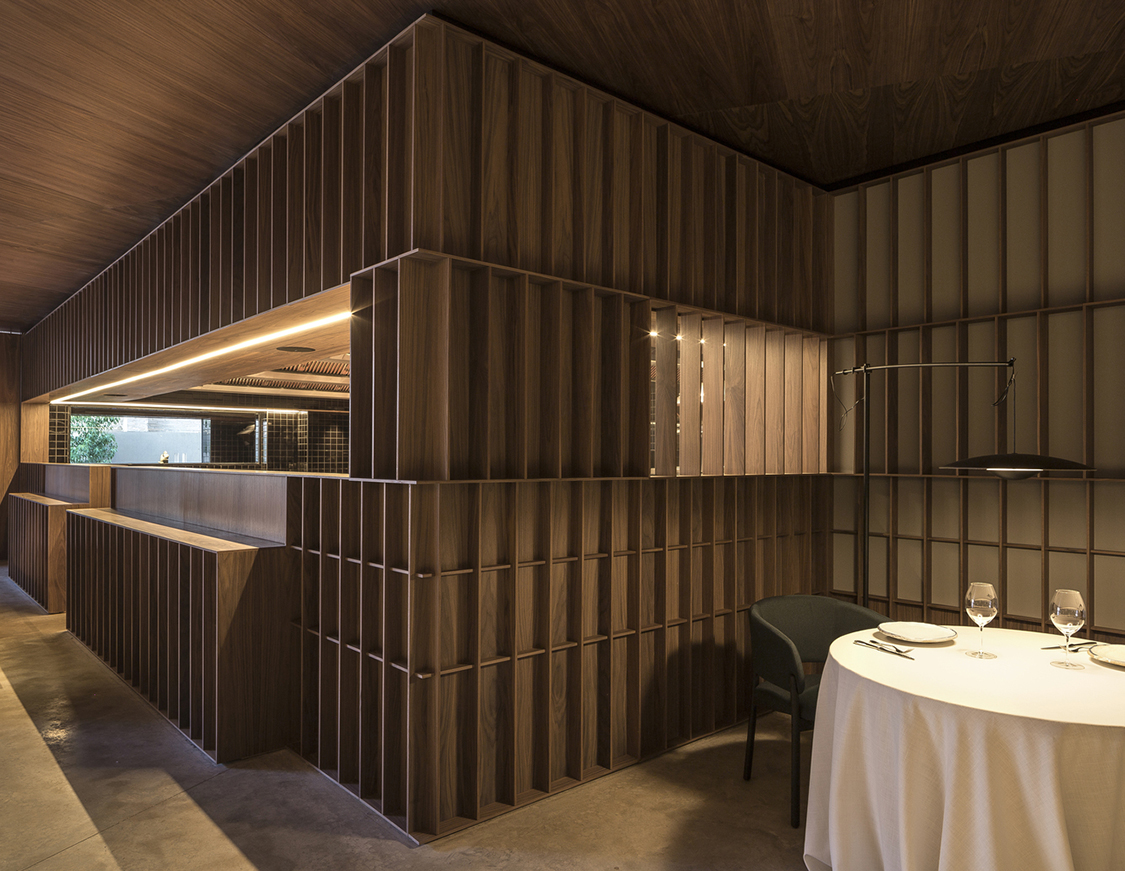 The beauty of the restaurant comes from the abundant space and the sparse palette of materials and colours. 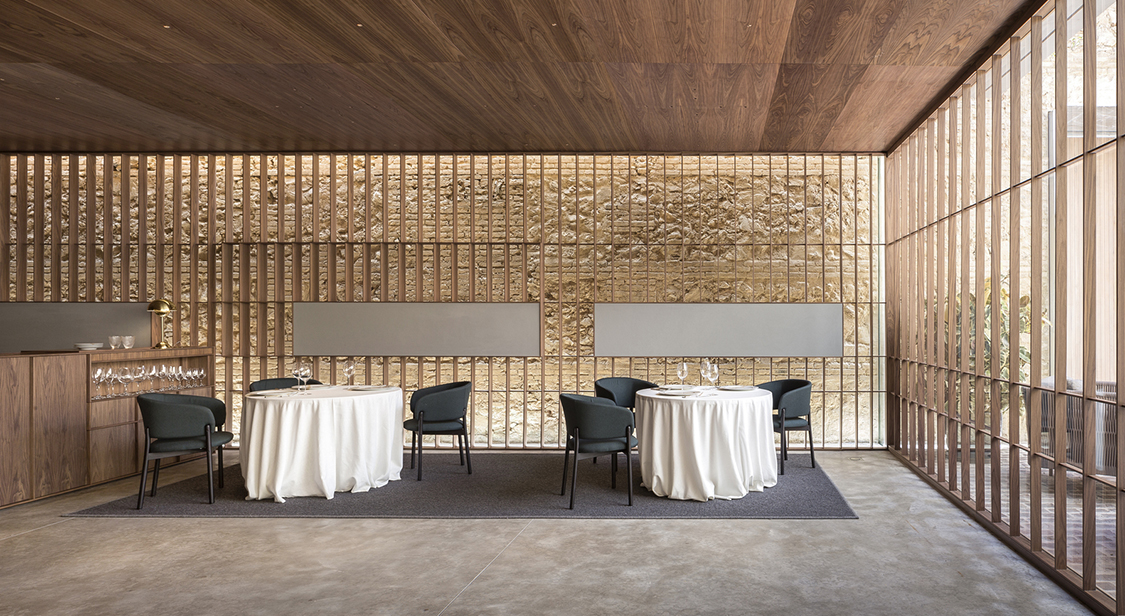 The dark hue of the American walnut panels and the exposed brick of the original factory walls set an industrial tone while the daylight shining through the timber latticework emphasizes the texture and tone of the surfaces. 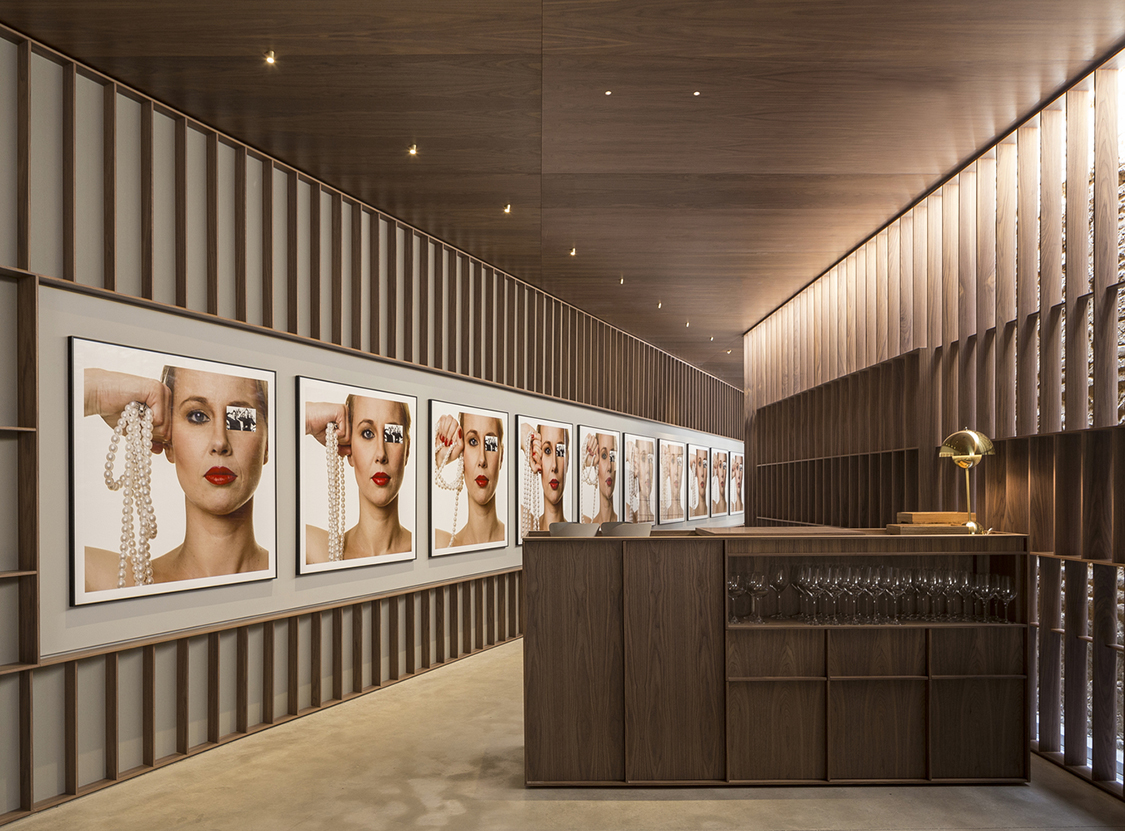 The building itself dates back to the 1930s when architect Cayetano Borso di Carminati was commissioned by Carlos Gens Minguet to design a forward-thinking, modern industrial building for his growing hydraulic pump business. 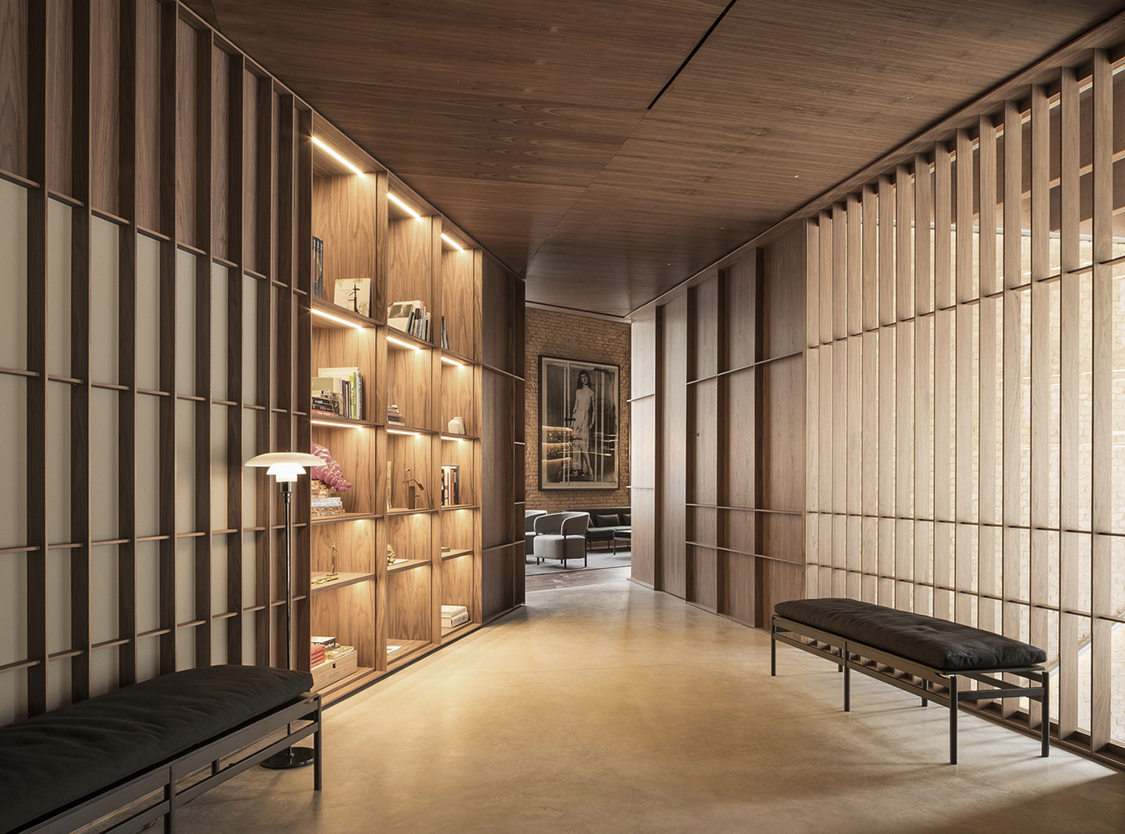 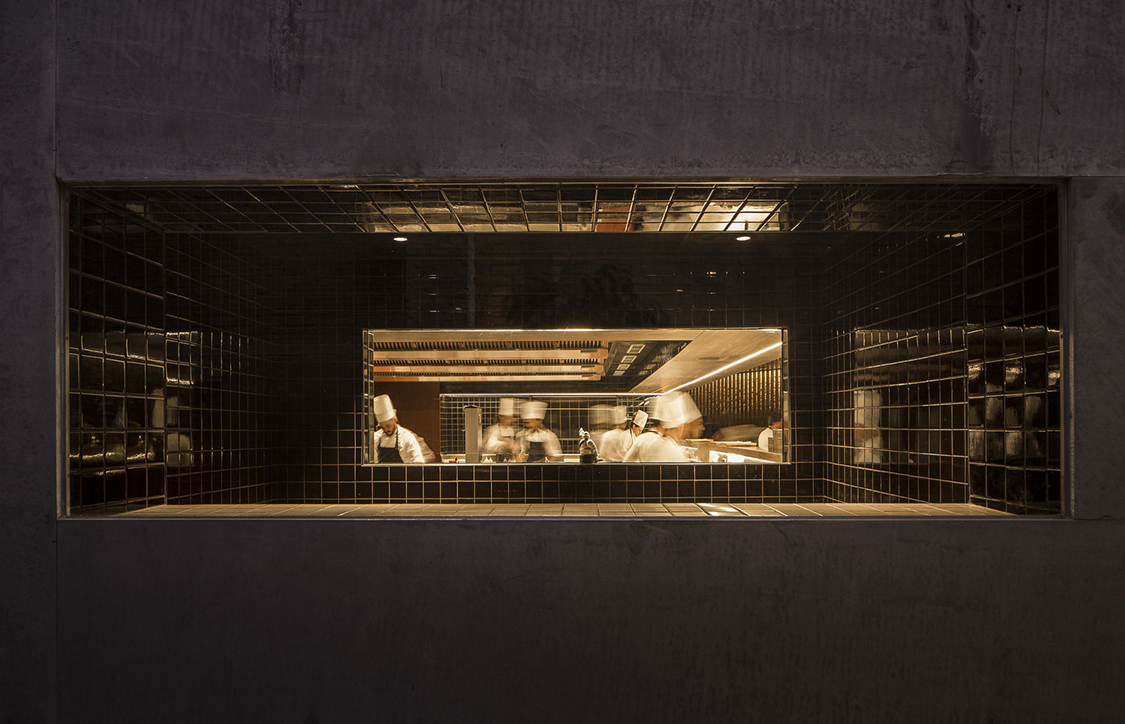 But it was refurbished and completely reconfigured by architect team Eduardo de Miguel, Annabelle Selldorf and Ramón Esteve. 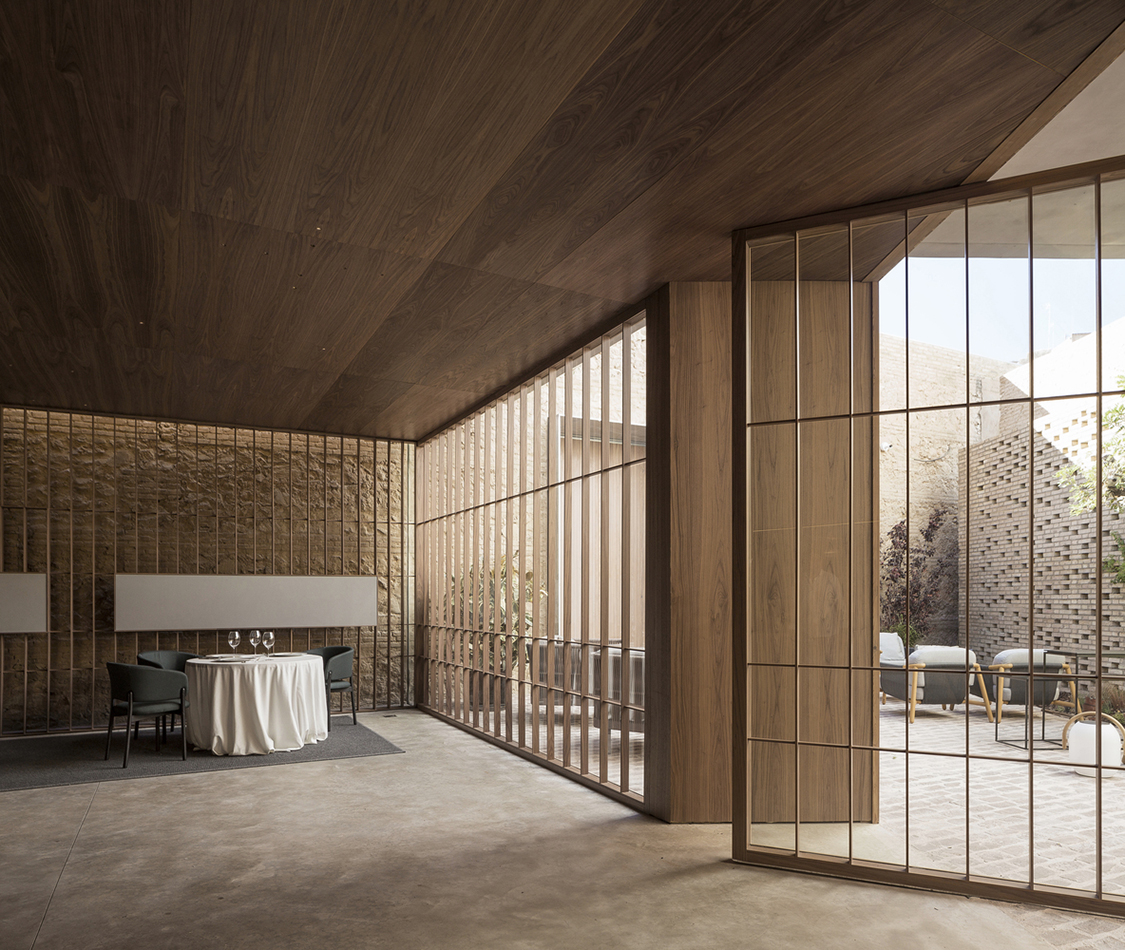 It is now known as Bombas Gens Centre d’Art (València) and it houses the art collection and operational offices of the private Foundation Per Amor a l’Art , established in 2014. Tuija Seipell. 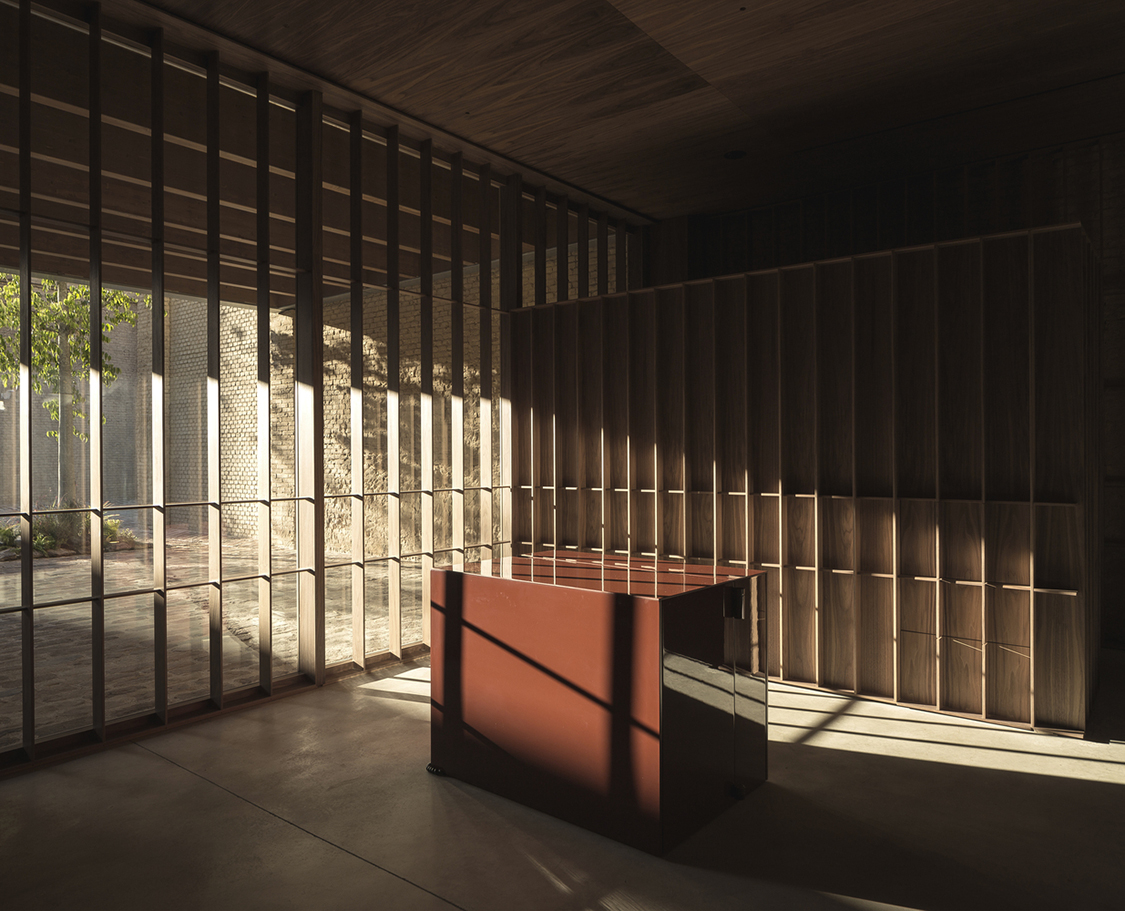