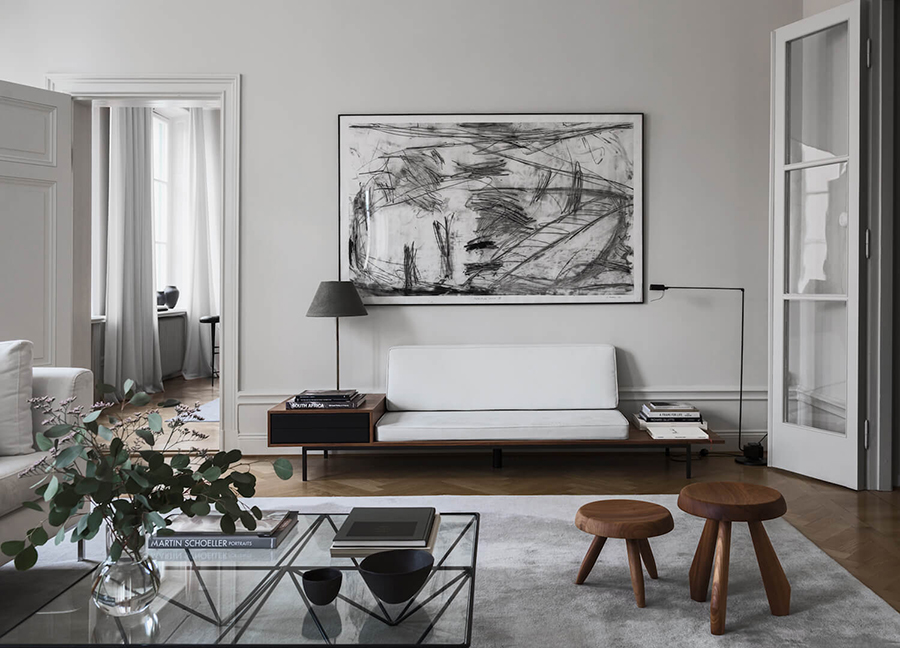 Scandinavian, mid-century modernist, minimalist. The style of Stockholm-based interior designer Louise Liljencrantz is all of these. As is the style of thousands of other designers, especially in Scandinavia.

So, how does one stand out among all those considered-to-extreme white expanses that exude modern elegance with just the perfect touches of natural materials and texture? 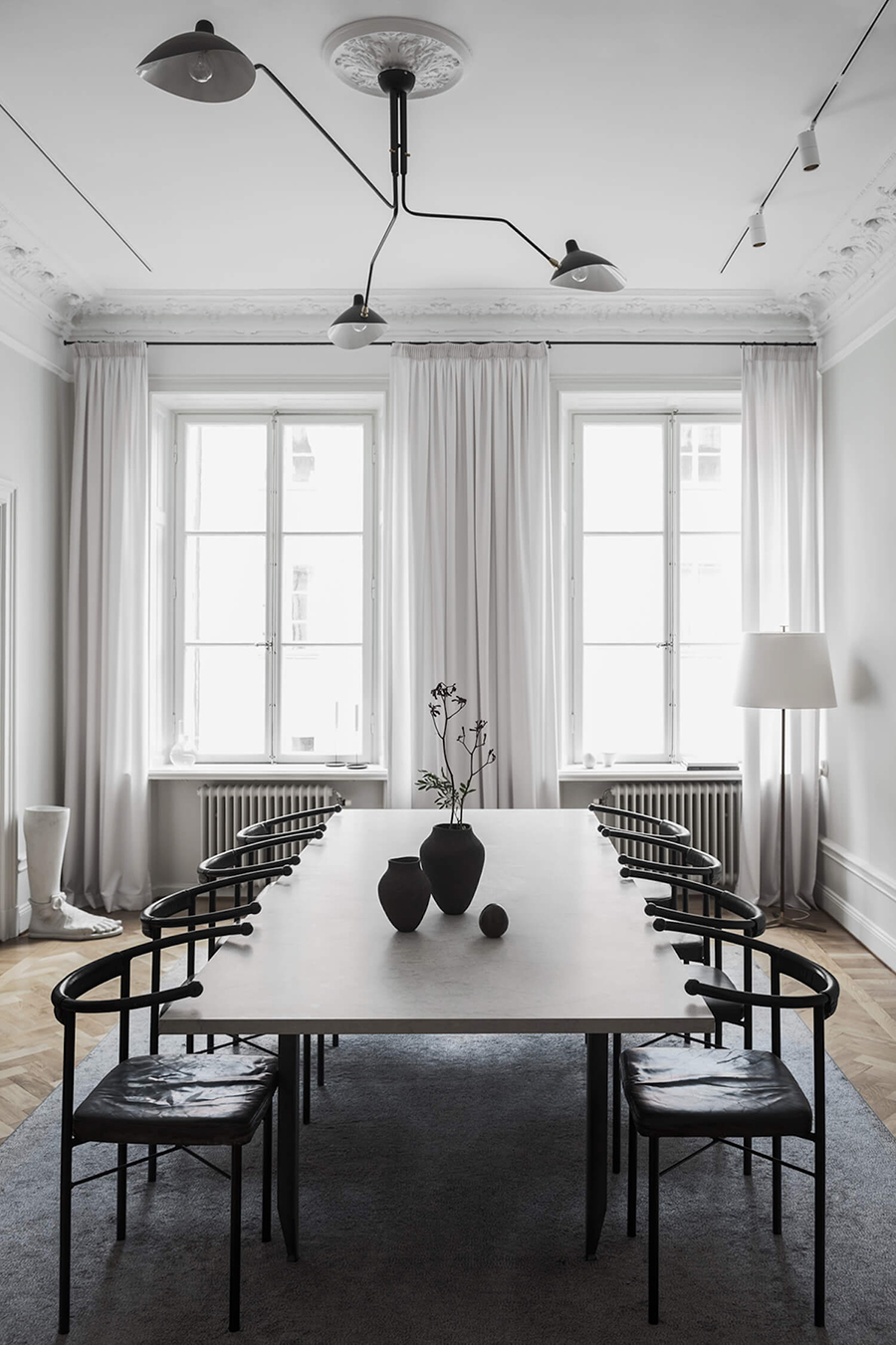 It is a difficult task, indeed – just as it is in among any kind of well-refined genre or style. It is easier to be similar, just-as-good-as, and much more difficult to stand out.

Louise Liljencrantz, who has worked previously in the fields of graphic and fashion design, entered this tough game officially in February and she did it boldly, right in the epicenter of Scandinavian minimalism: Stockholm. 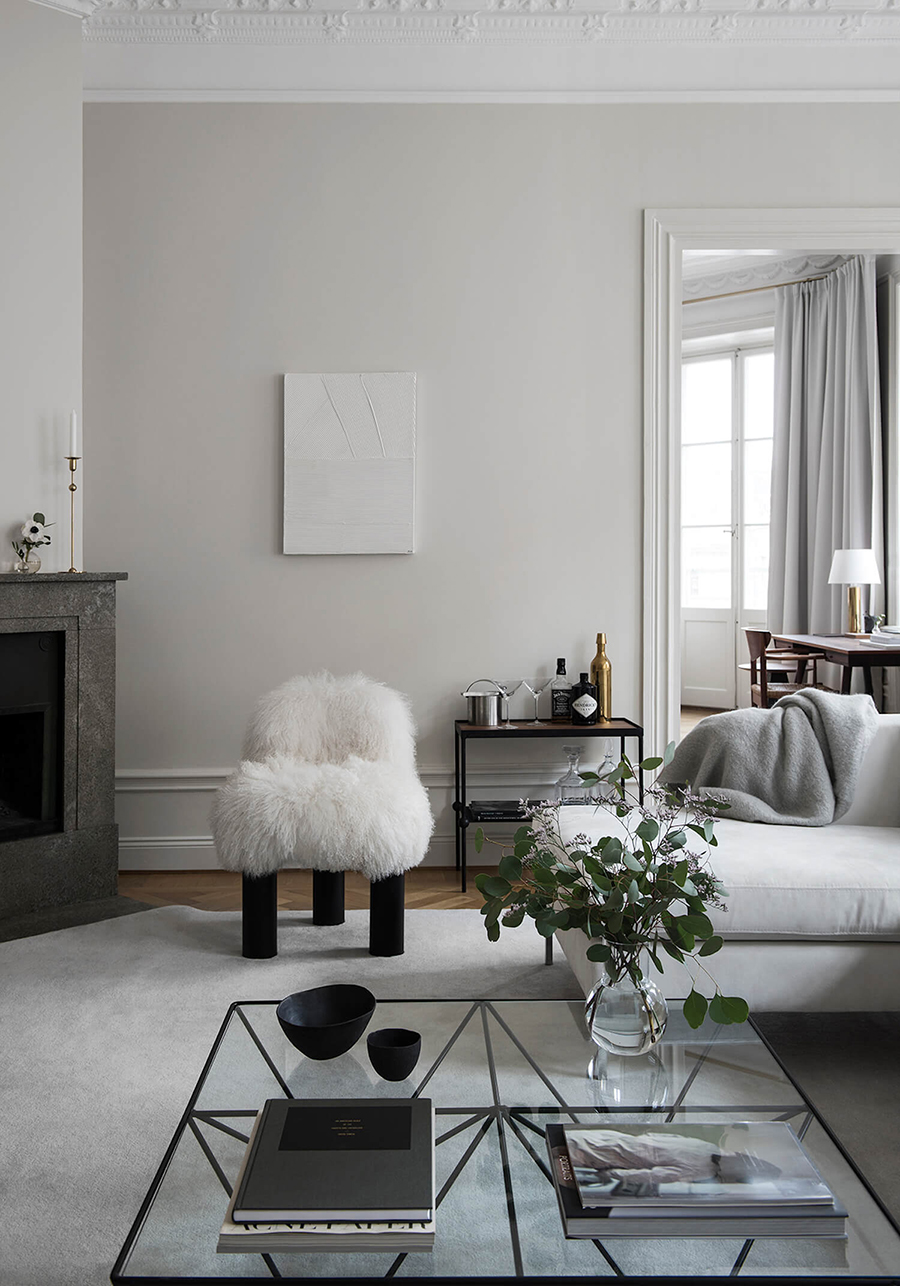 Our favourite among her interior design projects so far is the work she did on her own home on Brahegatan in the Östermalm district in central Stockholm. 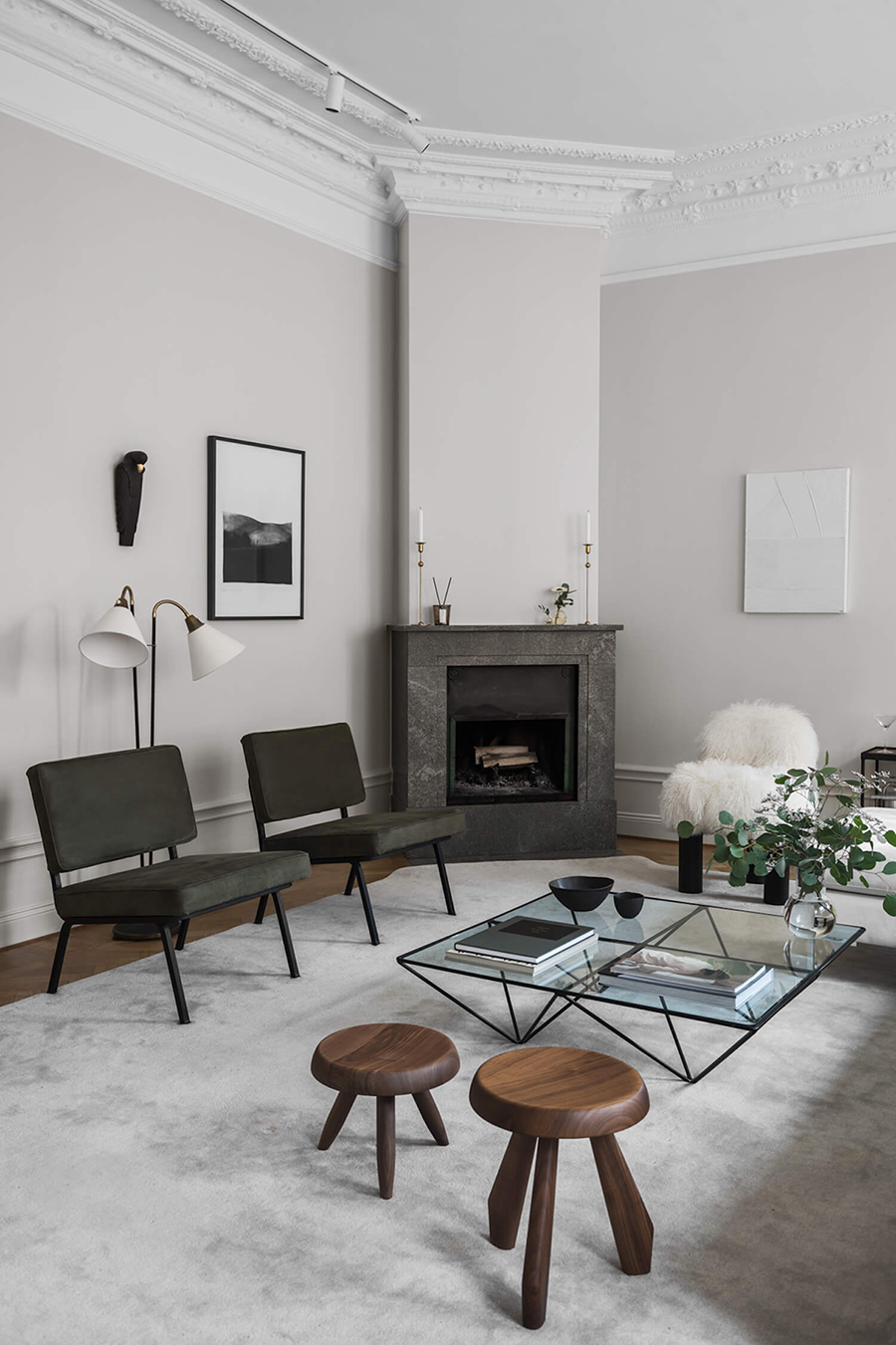 With considerable skill, she has connected the original features of the flat with a distinctively personal collection of the furniture world’s classics. She then added furniture she has custom-designed for the home, all in a serene color scheme of white, various shades of gray, beige and green, with strengthening elements of black.

The residence consists of a living room, dining room, three bedrooms, two bathrooms, a kitchen and an office.

We especially love the main furniture she has selected for her home. It is a smart mix of classics and newer pieces. 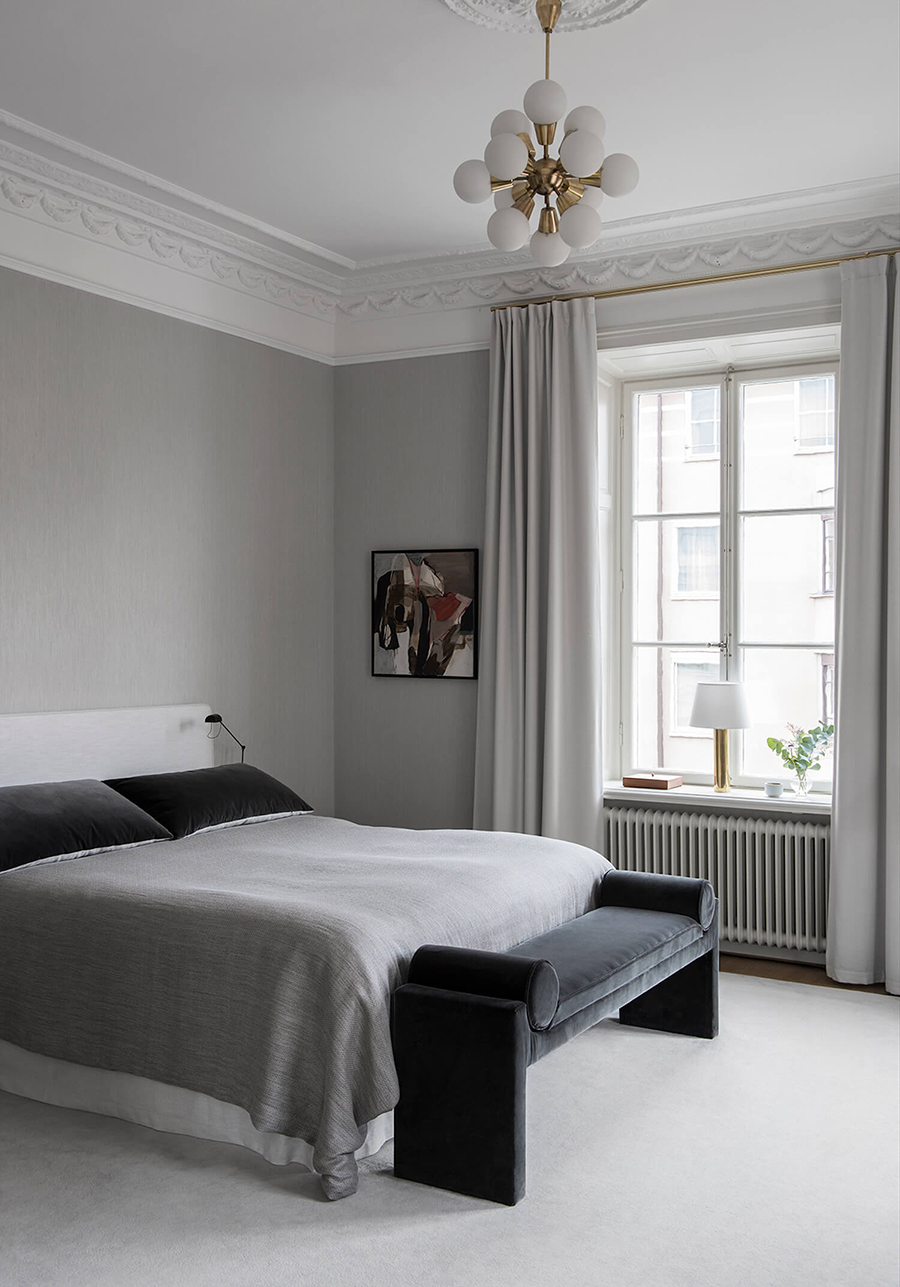 In the living room, the Alanda coffee table designed by Paolo Piva in 1982 takes a central position. Next to it are two gorgeous wooden stools: the higher Tabouret Méribel and the lower Tabouret Berger designed by Charlotte Perriand in 1953 and 1961 and produced by Cassina. 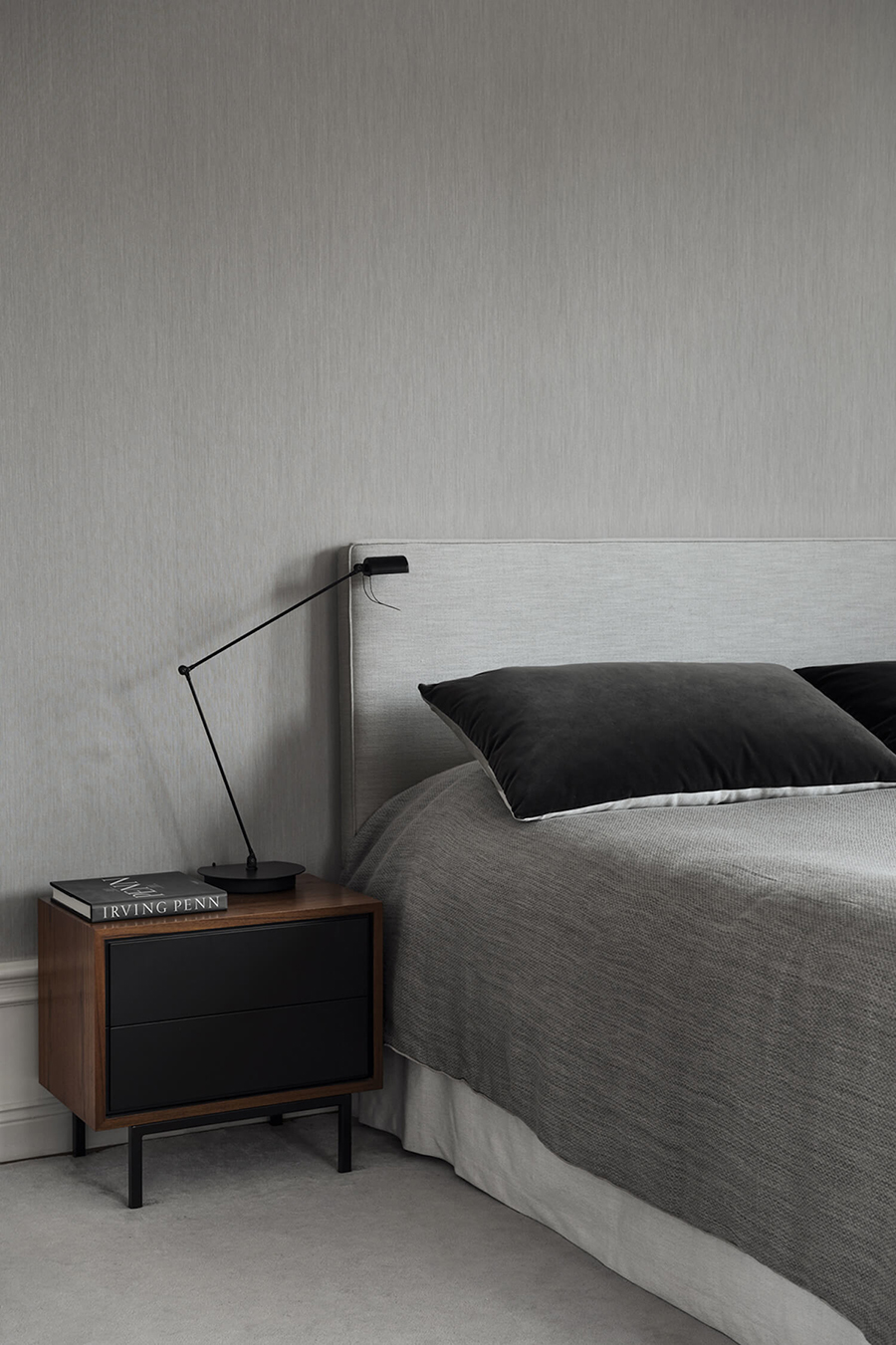 Above the dining room table hangs the three-arm light fixture designed by Serge Mouille in 1958. The table is surrounded by eight Point chairs designed in 1984 by the Swedish Jonas Bohlin.

Also worth a mention in the living room are the drinks trolley and the white walnut sofa are by Liljencrantz design as is the velvet-upholstered bench at the foot of the bed in the bedroom. Tuija Seipell. 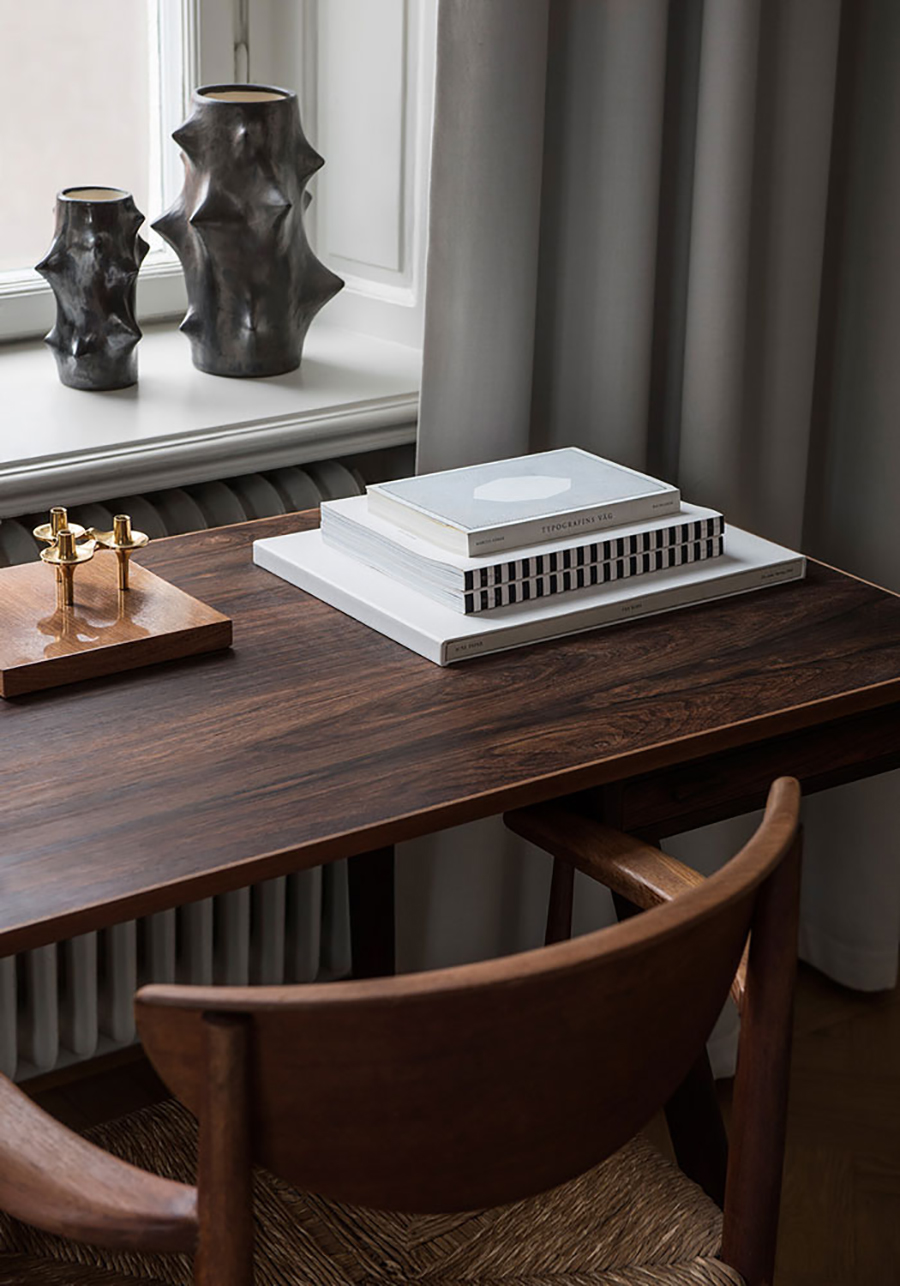 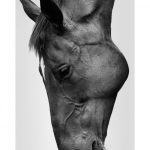